It Was a State Fair Week-end

Friday afternoon we picked up the two youngest grandcrew, after school, and headed to Tulsa for the Tulsa State Fair.  We got to the fairgrounds around 6:00 p.m. 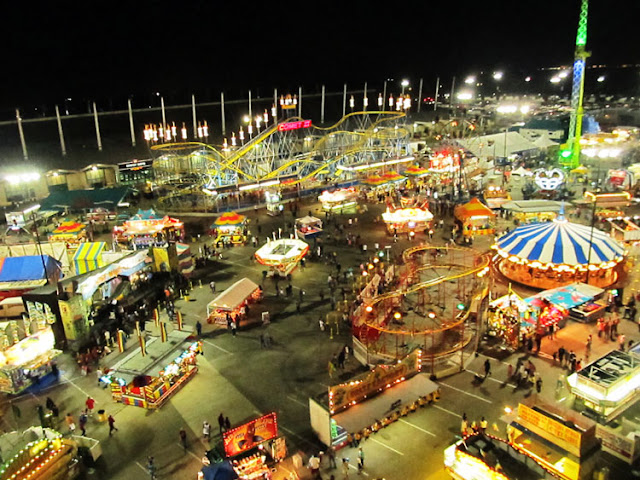 The first order of business was FAIR FOOD!  As you probably know, some of the most calorie laden, artery clogging, heart stopping food can be found at the fair.  We resisted that temptation and settled for the Nacho's Supreme. 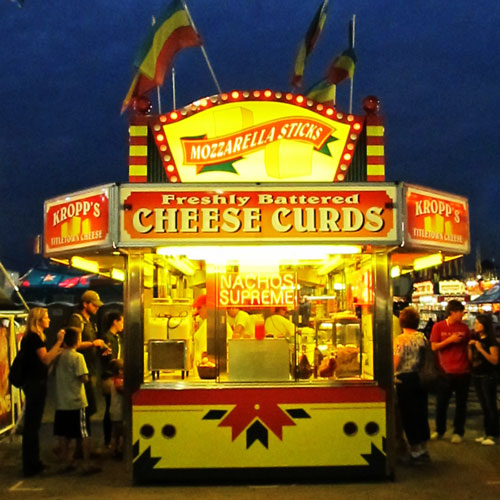 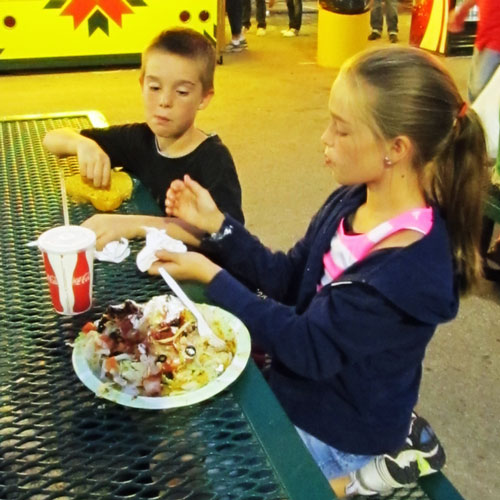 A little later we had to have a lemonade.  Who could resist this architectural wonder? 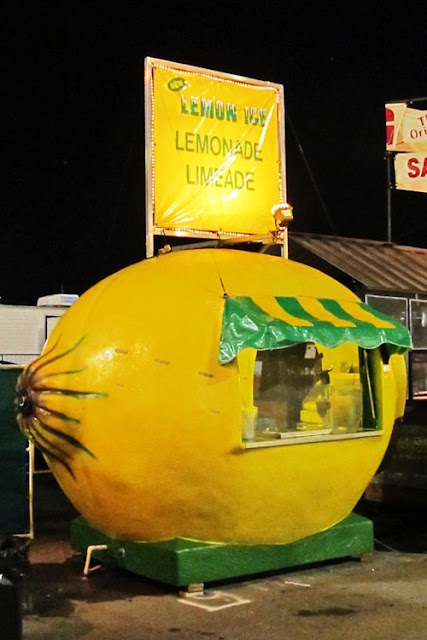 Afterwards we spent a little time scouting out things in the Expo building, rode a couple of rides, then made our way to the car and headed for the hotel.

Saturday was a new day and the grand daughter started by purchasing a couple of hair adornments in the Expo building.  That's little brother looking on. 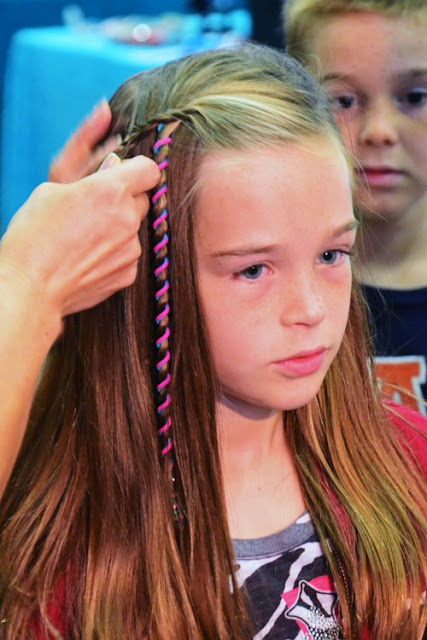 We headed around the corner to the Oklahoma Sugar Arts show.  I will post a whole other article on this later.  You will find the most amazing cake decorations in the country on display here during the fair. 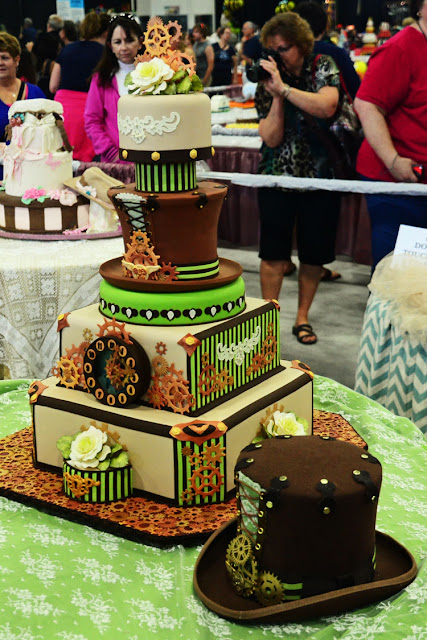 The hat is real and served as inspiration for the cake. You can see it reproduced in the middle of the cake.  This was my favorite cake of all.  Like I said I will post more photos of cakes at a later date.
Next we headed to the livestock area or at least to one of the exhibits.  The sign over the door, entering the building, said "Birthing Center".  Really! It did.  Inside, there were several pens with pregnant goats.  If you cared to stay around long enough you could witness the live birth of a kid (goat that is).  This might be a great required exhibit for teens and pre-teens.  Just sayin'. 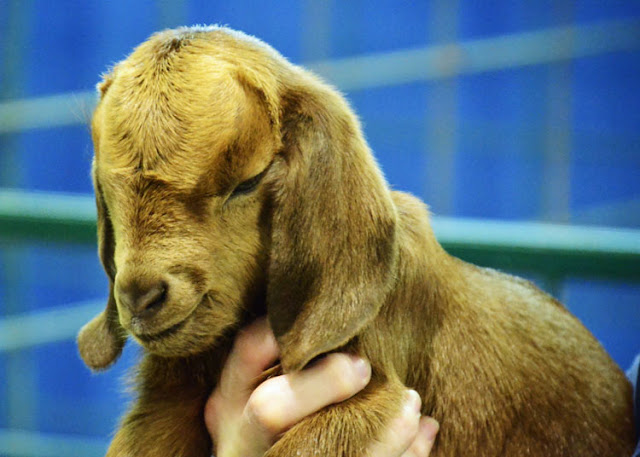 This youngster is only a couple of days old. 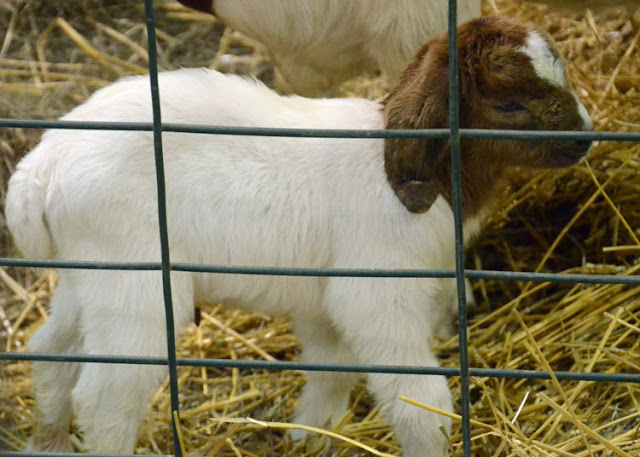 On the other hand, this little one was only two hours old.  He had just gotten up on all fours for the first time when I snapped this photo.  Okay, enough for the life science exhibit.  Let's go back outside and ride some rides. 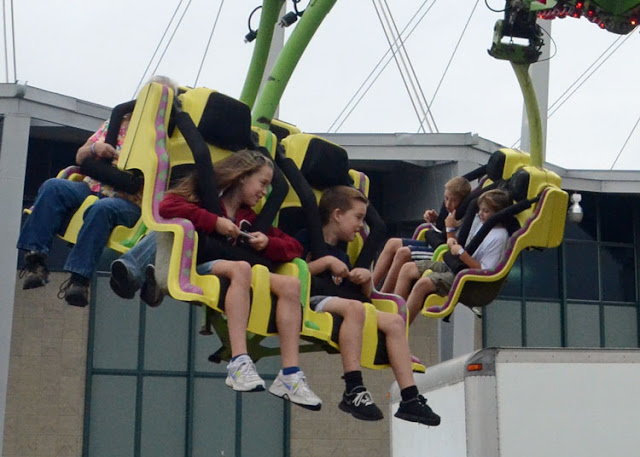 First on the list was the "Viper".  Then after a couple of other rides, the crew finished this year's visit with the traditional ferris wheel. 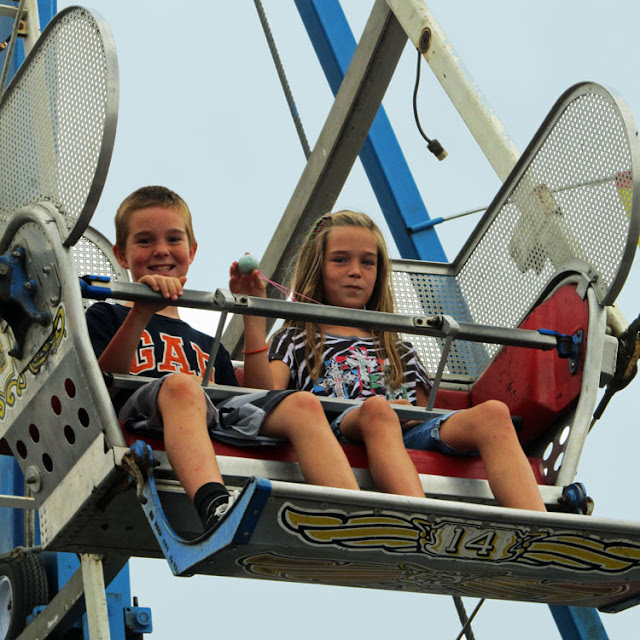 It was now about 3:00 p.m., so we headed to the car, drove out to Los Cabos in Broken Arrow for a late, late lunch, then headed home.  The 2012 Tulsa State Fair is in the books and a great time was had by all.
Next year, I'm getting the battered and deep fried Oreo cookies...yes I am.
Don't forget to come back tomorrow.  We're going to take a closer look at those cake decorations.  They are something special.