We Are The Champions 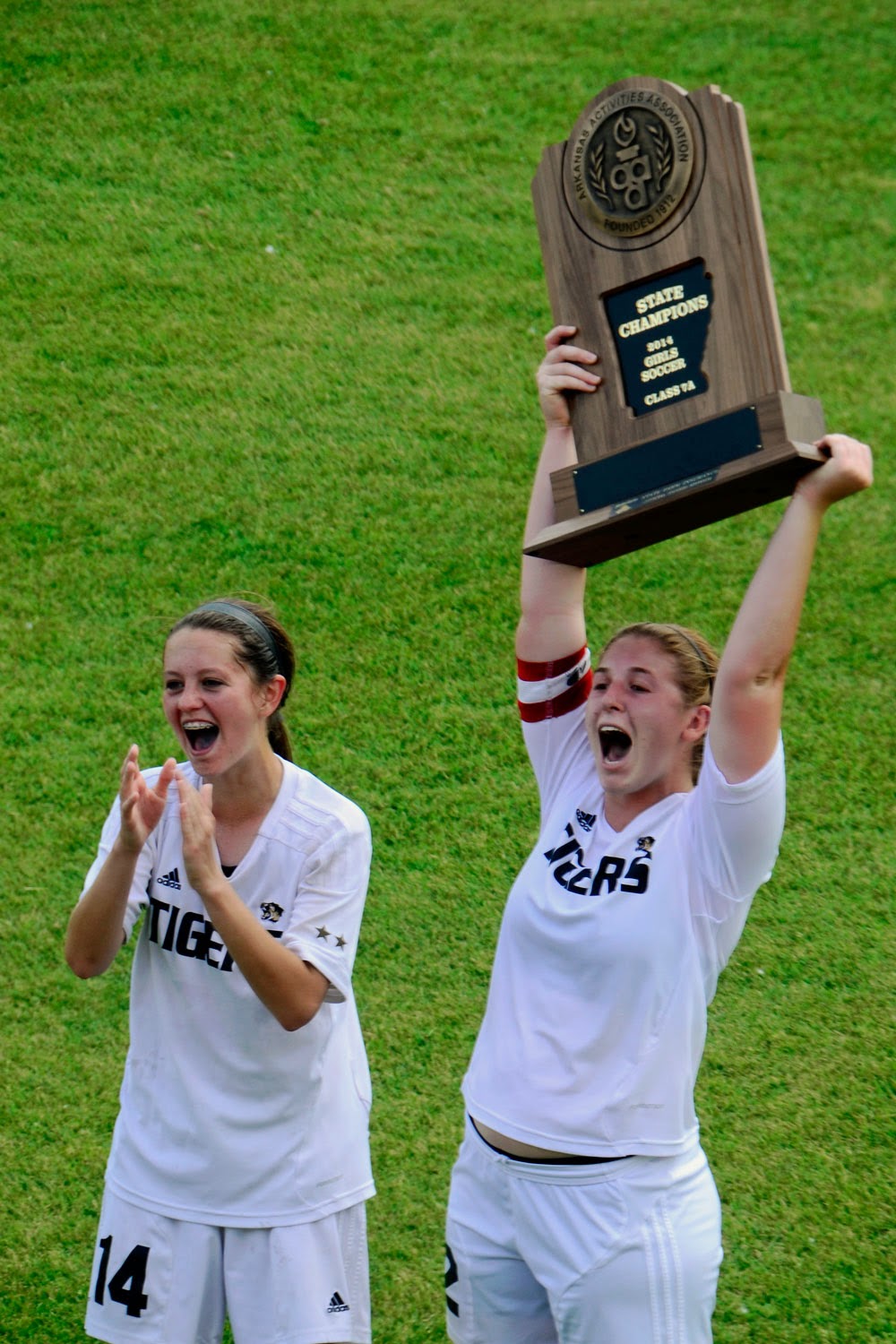 Today my wife and I traveled down to Fayetteville to watch the state championship soccer matches.  Both the Bentonville boys and girls teams were involved.  Regulations (someone paid for the photographic rights) prevented me from getting to photograph the events, but I captured this image of two of the girls hoisting the championship trophy.  The Lady Tigers defeated the Bryant, AR girls 3-2 in a thrilling match.
Immediately following the girls match, the boys defeated Springdale Harber 3-0 to make it a sweep.
This year the Bentonville Tiger sports teams have captured 12 state championship trophies.  It's been a very good year.
Posted by DrillerAA09 at 9:08 PM