We DID go to Louisville! 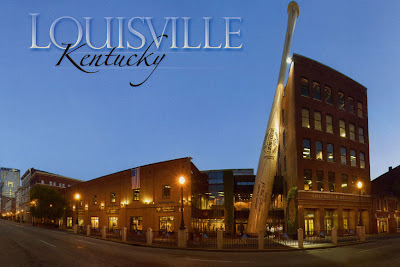 As some of you may remember, we were going to Louisville in September to the National Quartet Convention for Southern Gospel Music. Well, we did go, we had a great time. It was just interrupted by life. You'll have to scroll down several posts to find the details. Anyway, while we were there, I took the opportunity to go downtown to the Louisville Slugger factory. Here are a few photos of the morning. 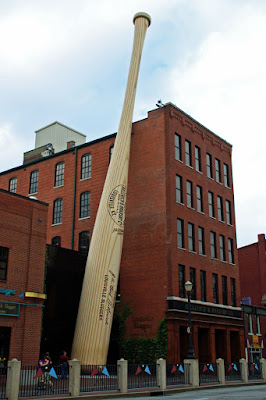 Ya gotta admit, this is cool! 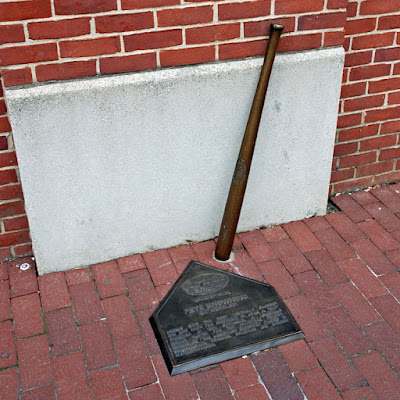 Out side of the building there are a number of these bronze markers. This is a replica of the bat made for Pete Browning. The Pete Browning model Louisville Slugger was the first bat made by the company. 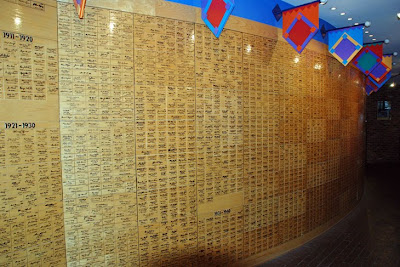 Just past the lobby you will find this wall that has the signatures of every major league player that has ever been under contract to Louisville Slugger. 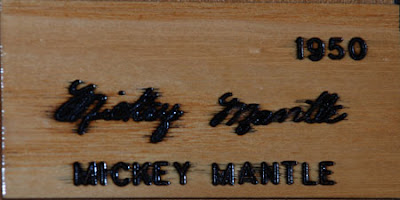 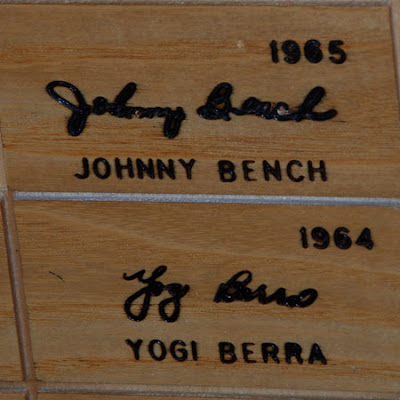 Here are three of my all-time favorites. 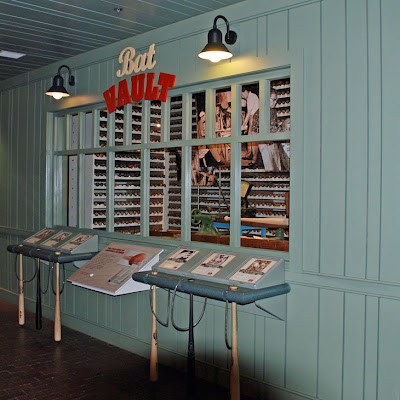 Beyond this wall is every model bat that Louisville Slugger has ever made. I didn't have the time to take the full tour. I think I'll do that next year.

I bought the grandson his very own, personalized Louisville Slugger. I'll give it to him for Christmas. Maybe, someday, he'll make to the the big leagues and use this in his first at bat in "The Show". That would mean that his name would be on that wall with all of the other greats. Hey, a grandpa can dream can't he?
Posted by DrillerAA09 at 1:00 AM