Since nearly all of you missed the Saturday preview, you'll have to scroll down to the previous post to see a couple of the detail photos. Saturday morning there was a car show about four miles from the house. It was nothing huge, but there were some very nice machines in attendance. Here are a few pics of some of the attendees. I will probably post a special Ruby Tuesday since there was plenty of red to go around. A couple of the cars deserve a post of their own. Maybe later. Enjoy the show, I did. 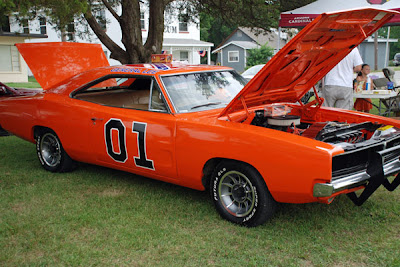 Hey! You're in Arkansas!!!! Ya gotta know that there will be at least one General Lee in the house. 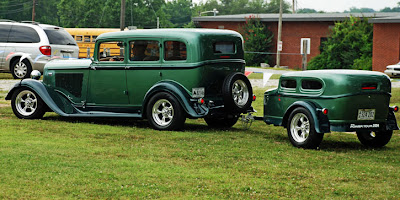 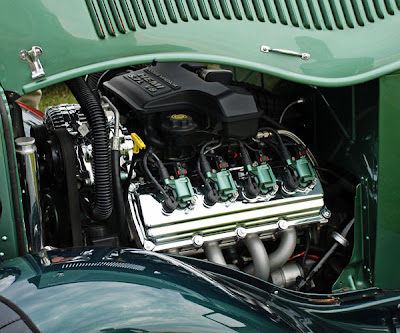 There were some truly fun street rods in attendance. While this looks pretty stock on the outside. There's a 5.7 litre Hemi under the hood, and it gets 22 mpg! Are you listening Detroit. How much fun would this be to drive? 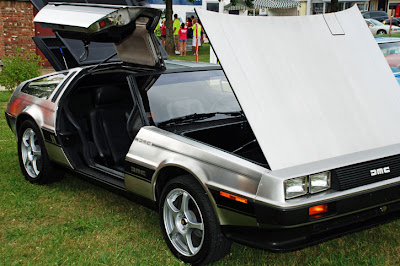 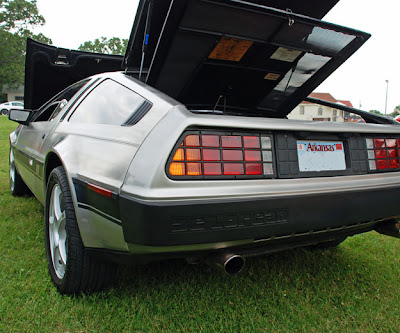 For you "Back to the Future" fans, there was a stock Delorean. Very nicely done. 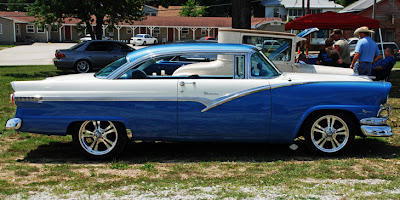 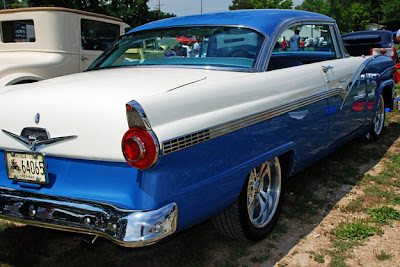 This little '56 Ford Tudor Victoria was one of my favorites. It was impeccable. 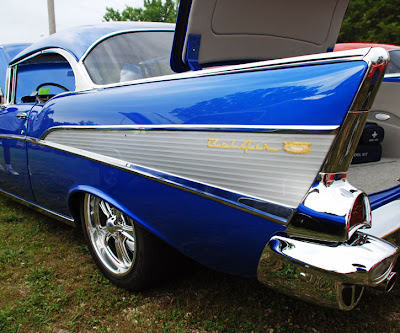 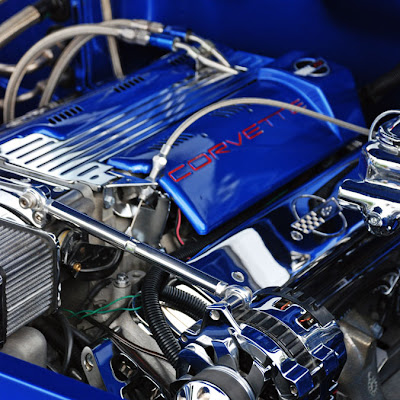 The custom paint on this pick-up truck deserves a post all to itself. I have several more photos that I will share later this week. I'm not a huge fan of the air-bag suspension, but the paint is in a class of it's own. 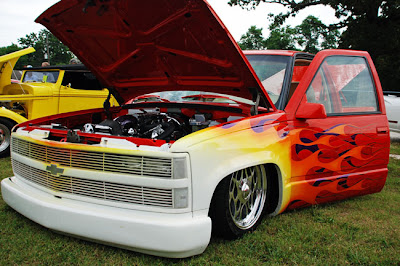 You don't see one of these every day! A 1962 Dodge Dart! While "Muscle Cars" are generally associated with late '60's Chevelle's, GTO's, Road Runner's, etc. Chevrolet was putting 409 cubic inch motors in Impalas in 1962 and Mopar was putting 383's in Dodge Darts. These early Muscle machines set the tone for things to come. What this Dart lacked in looks (and it is not an attractive car), it made up for in "go fast". That little emblem on the nose says "DART 440"!! That's right boys and girls, there is a Dodge 440 Magnum stuffed under the hood and it came from the factory that way!!! Now you know why they were called muscle cars. 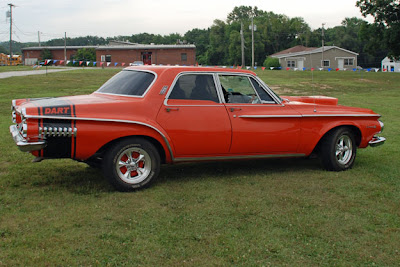 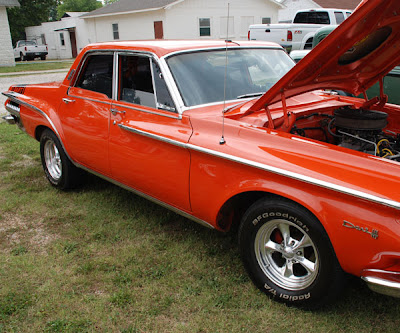 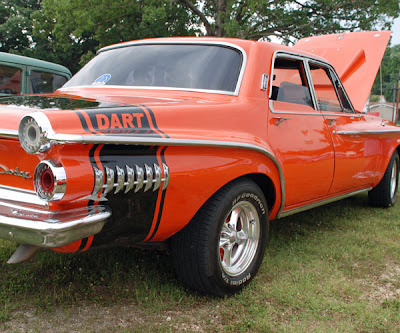 Well, I guess that's about enough testosterone for one day. Come back tomorrow when I'll have the "Ruby Red" cars from this show! I even made a manly Ruby Tuesday badge for the occasion.