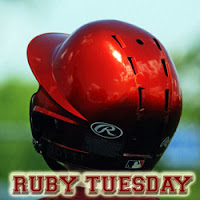 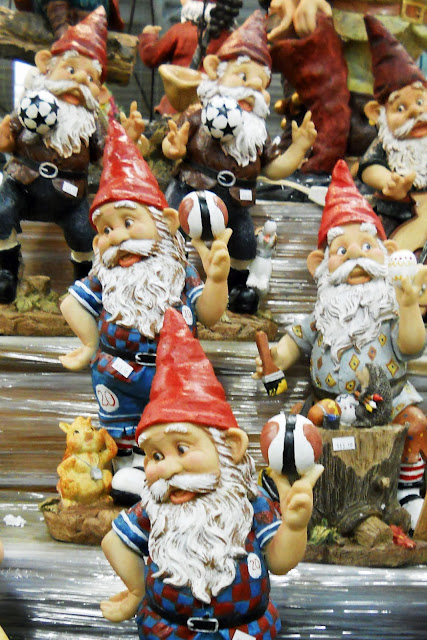 Recently my wife needed to make a trip to a local store to purchase some silk flowers for a project that she was working on.  The store is called "Oops!"  As the name implies, it is filled with overstock, discontinued, and some rather odd merchandise that obviously didn't sell in other stores.  Last year I took you on a tour of the A to Z store, that was actually five buildings.  "Oops!" is a scaled down version of "A to Z".  While wandering the aisles, I found these little guys.  I almost always have a small digital camera with me, for just such occasions, so here is what I found. 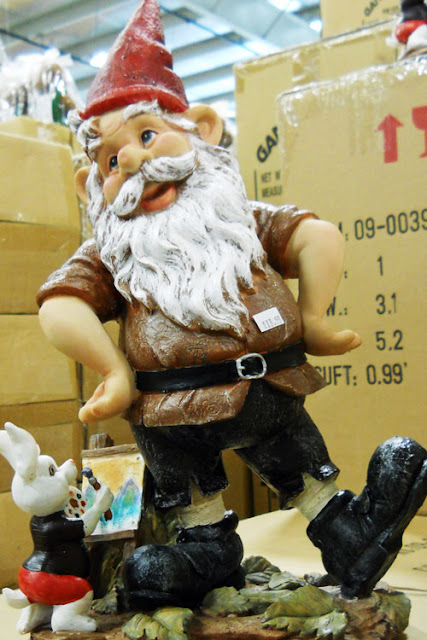 I'm not exactly sure if these are supposed to be happy little Gnomes or Santa's Elves.  Since they don't have pointy ears, I'm going with Gnomes.  I picked them for Ruby Tuesday because they were all wearing red hats. Generally speaking, I'm not a Gnome fan.  They can be a little like clowns and creep you out.  But these little guys seemed harmless enough and willing to pose for me. 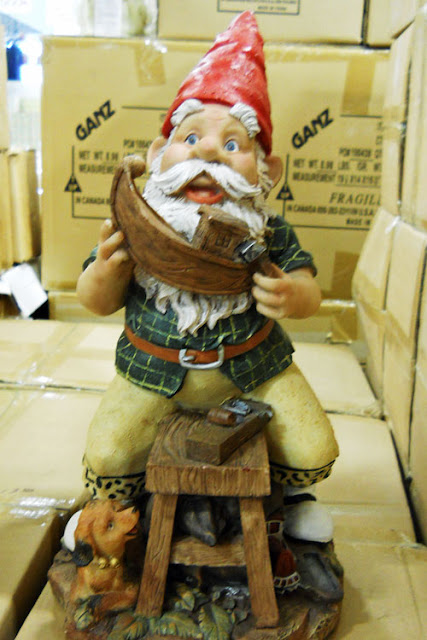 I think this one is named Noah, because he seems to building an ark. 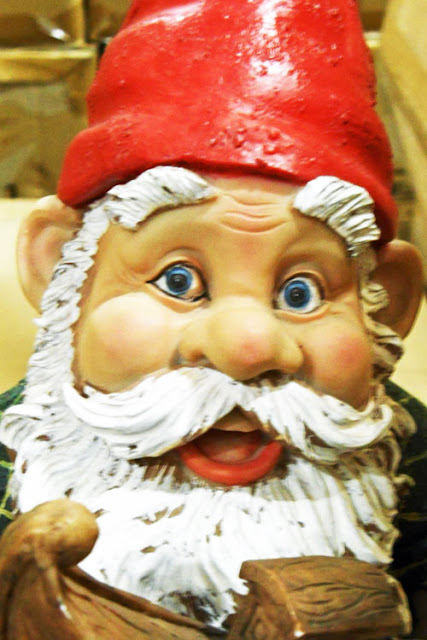 Noah just might make a good Ruby Tuesday badge one of these days.  What do  you think?  See you  tomorrow for Wordless Wednesday.
Posted by DrillerAA09 at 4:00 PM