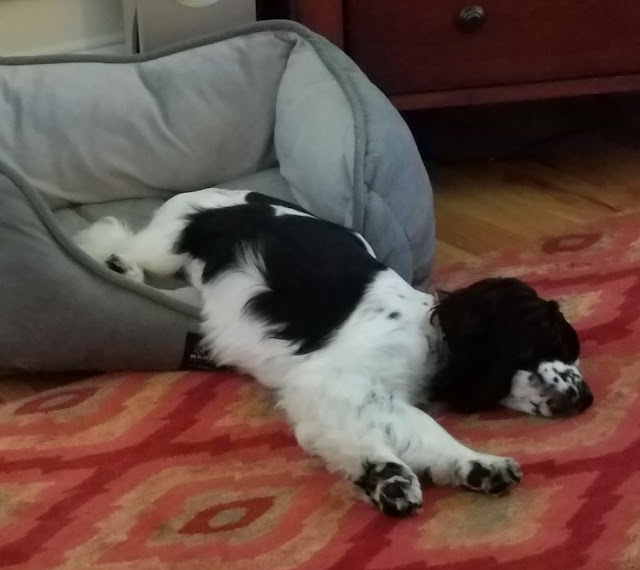 Let's face it, some days just getting out of bed is the hardest part of the day. But once you have crawled out of the sack and had your breakfast what do you do next?

Lucy likes to play "Fetch" and she's getting very good at it. She is now six months old and full of energy. So, we go for a walk once a day and we play fetch a couple of times a day. We play in the evening just to burn off the last of the energy and get her ready for bed.

She has gotten to the point that she will now retrieve the ball and bring it back, circle behind me and drop the ball within a foot or two of my feet. She's pretty proud of herself and so am I.  So, how does she let you know that she's done playing "Fetch".

She only brings the ball half way back across the yard, lays down and that's the end of the game.  But tomorrow is a new day and another game will be played. I LOVE cocker spaniels!
Posted by DrillerAA09 at 1:30 AM 12 comments: 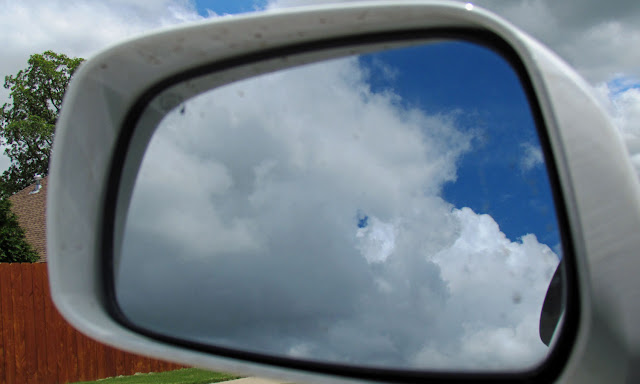 Cotton Candy Sky
The leading edge of remnants of tropical storm Cindy rolled through Northwest Arkansas today. Cindy was all clouds and no rain today. However a cold front from the northwest is due in here tomorrow and a rain event is most likely. Still Cindy provided some very fluffy, photogenic clouds in my rear view mirror. Not to worry, I was in a parking lot when I snapped this image.
Have a blessed week-end.
Posted by DrillerAA09 at 5:40 PM 8 comments:

Magnolia Plantation - Charleston, South Carolina
Just outside of Charleston, South Carolina sits the main house of the Magnolia Plantation. Originally 2000 acres in size, 1500 acres were sold after the Civil War in order to maintain and rebuild the property. The remaining 500 acres is now home to some of the most beautiful gardens in the South, as well as restoration of  wetlands. If you're in the area, this needs to be on your must see list. The history is interesting and the gardens are beautiful.

There are multiple angles and distances from which one can photograph this bridge on the property. It is a postcard setting.

You can use the bridge as a soft-focus background for your own photo. Just ask one of the other visitors to snap your image.

Live Oak trees and Spanish moss let you know that you are in the South. The back of Magnolia Plantation is just as beautiful as the front.
Posted by DrillerAA09 at 1:30 AM 12 comments: 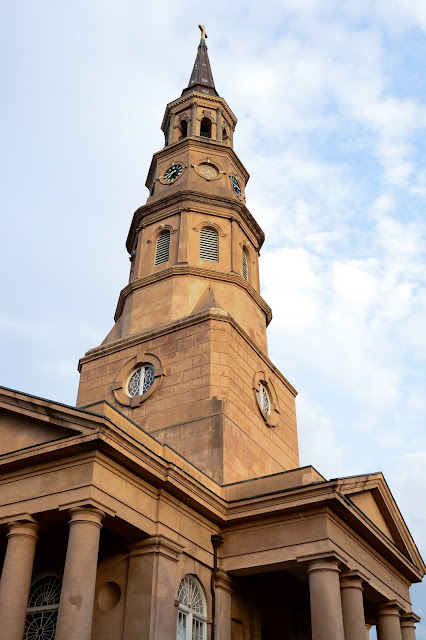 While on vacation in Charleston, SC we spent an afternoon touring the USS Yorktown. The Yorktown was commissioned in 1943 and served in WWII. It was an essex-class carrier, which were the largest ships in the war. What made this ship special to me was the fact that it was a sister ship to the USS Bunker Hill that my father served on in the South Pacific. You can take several self-guided tours of this great lady so that's exactly what we did. One of the tours takes you inside the ship and you pass the radio room that has been restored and set up with mannequins to give a sense of realism. My dad was a radioman on the Bunker Hill. I spent  couple of minutes just imagining what it was like to work in that environment. It was a special moment that I will never forget. I still get a chill thinking about it.

When you board the Yorktown, the first thing you enter is the hanger deck and there are a number of planes on display. I love the war birds.

Who doesn't want their photo taken with a carrier based war bird from WWII?

Even though the P-51 Mustang is considered the best and most famous of WWII aircraft, my favorite plane from the era is the F4-U Corsair. I think those gull wings are just too cool for words. They make this fighter beautiful and evil at the same time. This plane dominated the skies in the South Pacific as a carrier based fighter.

The Yorktown was retrofitted to accommodate jets and actually served in Vietnam from 1965-68. There are a variety of aircraft displayed on her flight deck.

These 40mm "Pom-Pom" guns served to deter incoming enemy aircraft. The Yorktown and other carriers bristled with anti-aircraft weapons. My wife makes a great gunner's mate. If you spend any time in Charleston, go out to Patriots Point and see the displays. There is a destroyer moored next to the Yorktown and there is a "Vietnam Experience" presentation as well. have a blessed week.
Posted by DrillerAA09 at 1:30 AM 3 comments:

The Perfect Day Job
Last week we took a vacation to Charleston, SC and Savannah, GA. While in Savannah we drove out to Tybee Island for a day at the beach. I know that life guards have a great responsibility and are very well trained. Sometimes they are called upon to respond to very difficult situations, but for a young man or woman, I can't imagine a better summer job.
Posted by DrillerAA09 at 1:30 AM 9 comments: