Recently we spent a couple of days in Lee's Summit, MO visiting my wife's brother and his wife.  Lee's Summit is a south east suburb of Kansas City.  One morning we took a drive downtown and I took the opportunity to capture a few images of the old buildings that have been re-purposed into a thriving retail area.

This cast concrete sign was set over the side entry to one building.  I know that this is not the original location for this sign, but I am glad that someone saw fit to save it and give it a new home.  I love this type of signage. 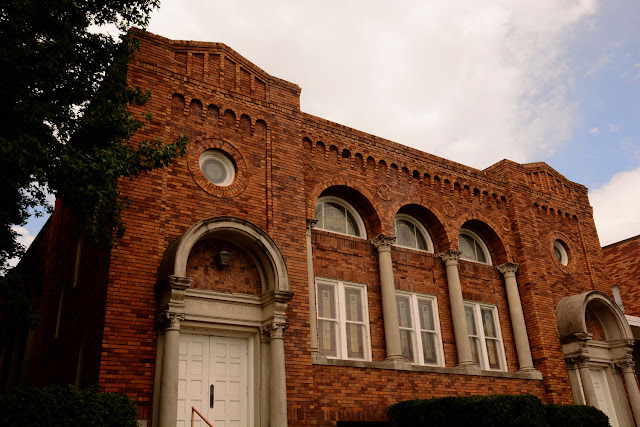 My favorite find of the morning was this old Methodist Episcopal Church.  I love the brick details and the cast stone decoration.  You just don't see this done anymore.  Following are a few details. 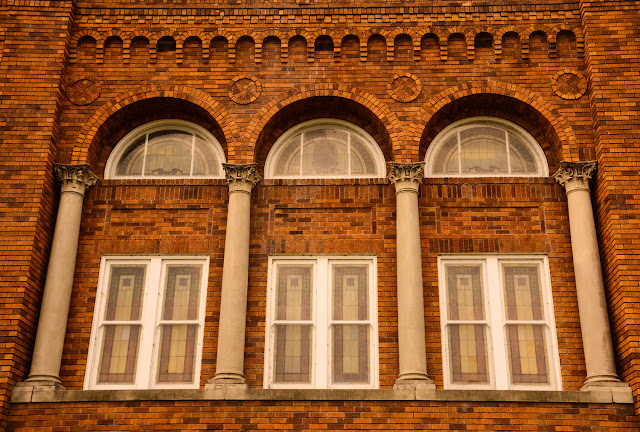 If you ever see the term Paladin window, this is basically what they are referring to.  Almost any grouping of three arched windows, especially with columns makes up a Paladin window.  Just look at those brick details.. 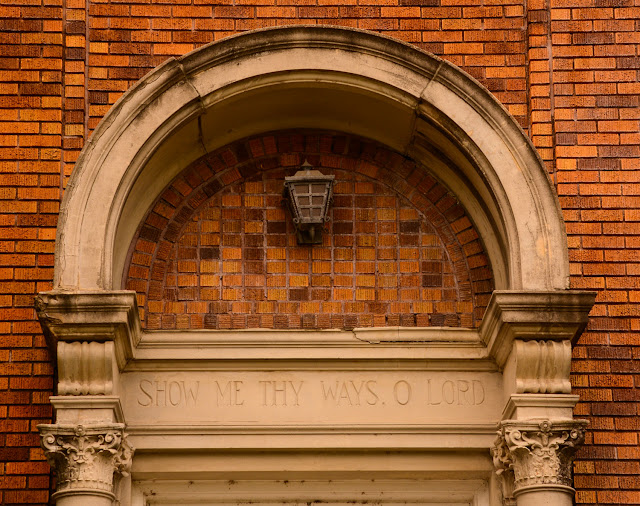 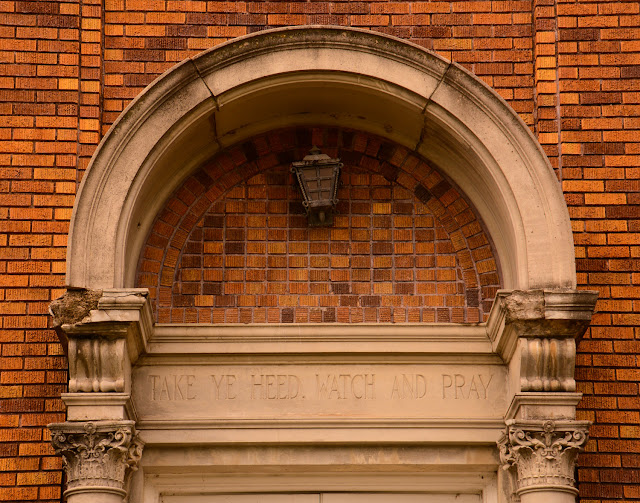 I think that every entry into a church should remind us that it is a place of prayer and worship.  I love the headers over these doors. 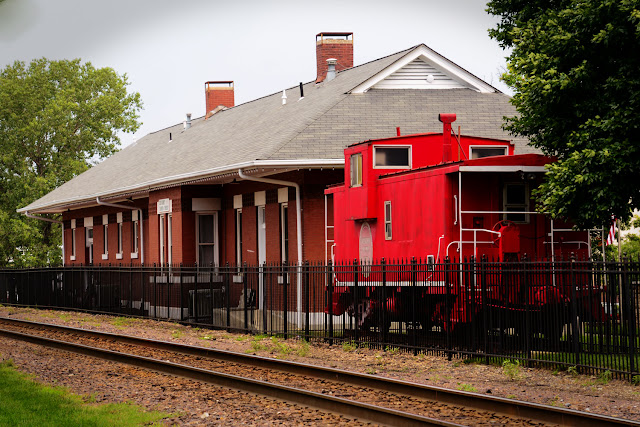 The Chamber of Commerce now occupies the old Missouri Pacific Railroad Depot.  The caboose is a reminder of the original purpose of this structure.  Too many of these buildings were demolished when the railroads discontinued passenger service. 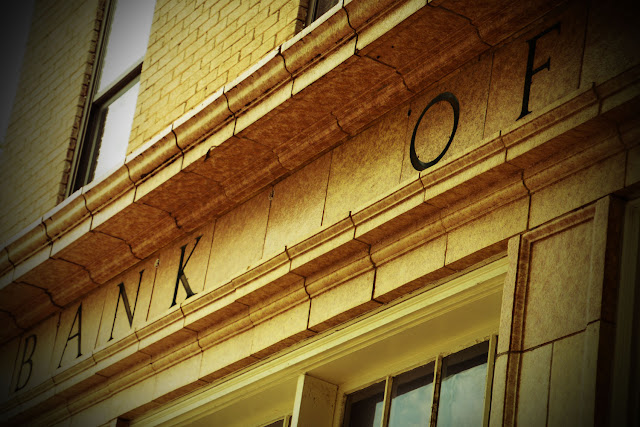 Shifting from cast stone, here is an example of terra cotta, which tells me the building was probably built in the mid twenties or early thirties.  Again, you just don't see this kind of detail in newer buildings.  We are seeing more decoration/details in some newer structures, but nothing to match this level of craftsmanship.  Well, that's all I have from Lee's Summit, MO.  Have a blessed day.

What inspires you?  Do you see a human interest story on the evening news that is inspiring?  What about hearing a speech that was meant to motivate or inspire others.  It seems that the older I get, the more difficult it is to be inspired about some things.  I don't wash and wax the car as often as I once did and I am usually found at the car wash instead of dragging out the bucket and hose in the driveway.  While I love college football but I may never again venture into an 80,000 seat stadium and fight for my 18" of bleacher seating, and then fight the traffic after the game.  I prefer to stay home and watch it on cable.  One thing that has always inspired me is music.  I don't play an instrument or read music, and I don't sing well, but I have always had a love for music.  I grew up listening to Ray Charles, The Everly Brothers, The Temptations, The Beatles, and The Rolling Stones.  In my 20's I listened to Gordon Lightfoot, Creedence Clearwater Revival, Janis Joplin, Elton John, and Lynard Skynard.  In my 30's it was The Eagles among others.  By the early 90's I was listening to Garth Brooks, Trisha Yearwood, Martina McBride, but the Eagles were still there as well.  With all of that said, there has always been a thread of inspirational music in my life, even when I wasn't the most spiritual person around. I grew up listening to Tennessee Ernie Ford and I sang the Hymns in church.  Today, inspirational music is what I listen to most.  I love the hymns, Southern Gospel, and Contemporary Christian music.  I find myself inspired by these songs.
The hymns are where most of us first learned that "Jesus Loves Me" and scripture is easier to memorize when it is set to music.  The Bible tells us to hide God's Word in our heart in order that we may resist sin.  Furthermore, God tells us that,"All Scripture is inspired by God and profitable for teaching, for reproof, for correction, for training in righteousness, so that the man of God my be adequate, equipped for every good work. (2 Timothy 3:16). Proverbs 22:6 tells us to "Train up a child in the way he should go, and when he is old he will not depart from it."  He may wander off into the ditch occasionally, like the prodigal son, but if a child is grounded in scripture He is more likely to return to those teachings as an adult than to continue into destruction and I am an example of this.
Now, I find inspiration in God's Word, and I find it truly inspiring when set to music. 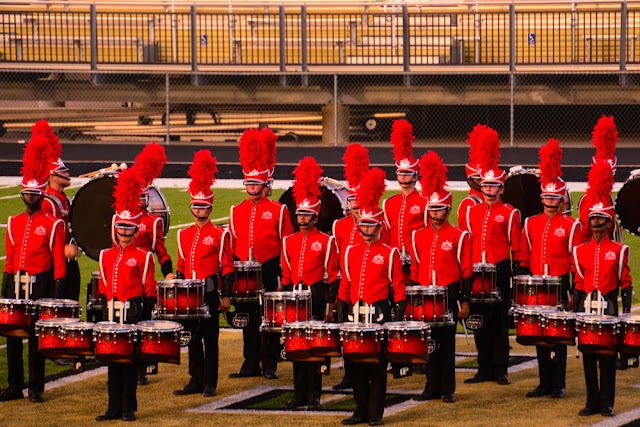 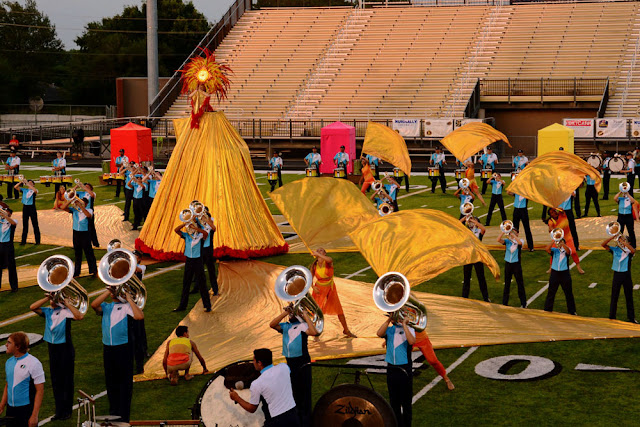 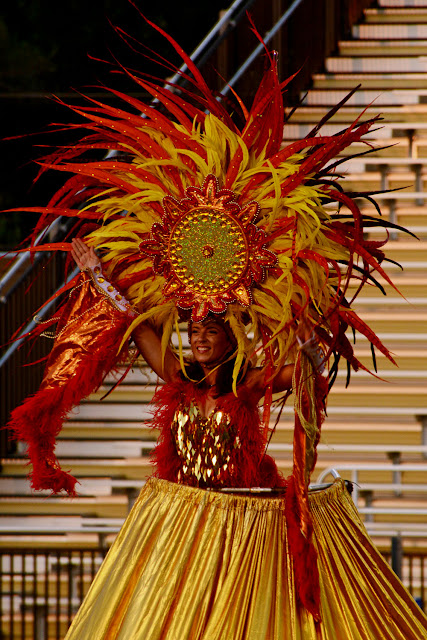 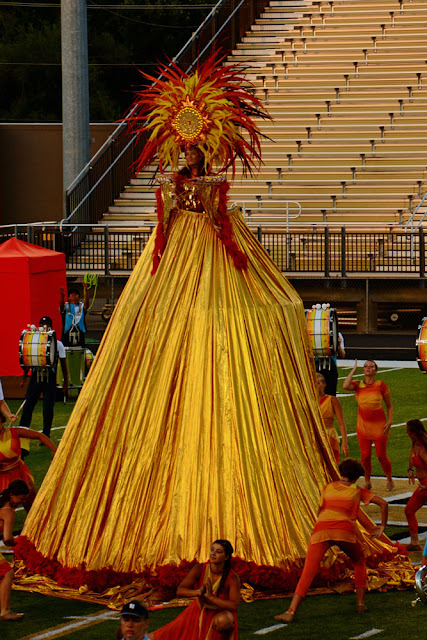 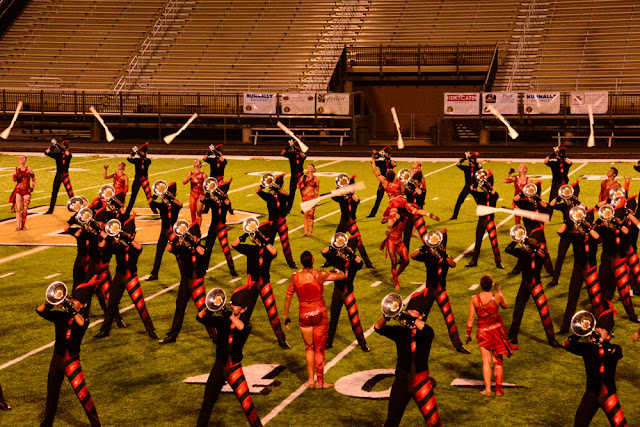 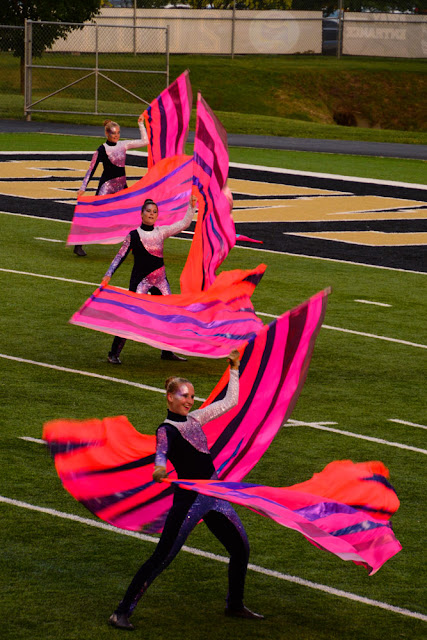 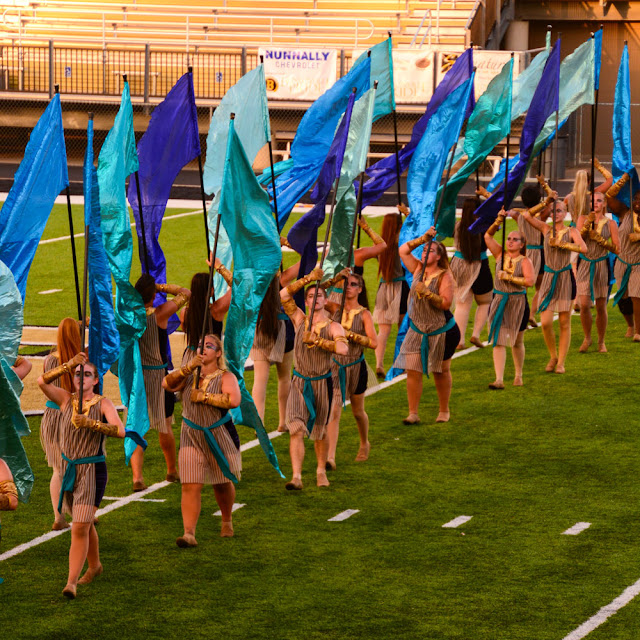 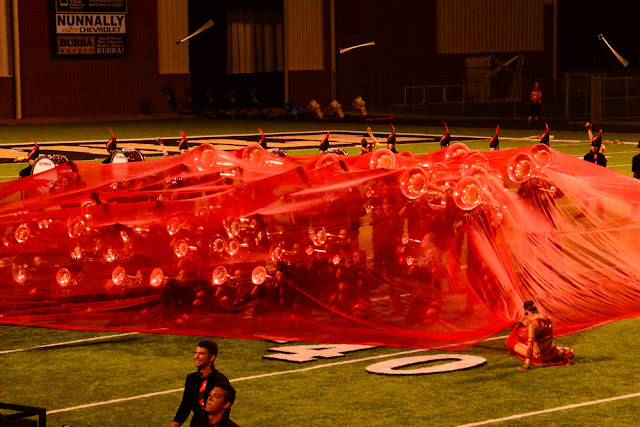 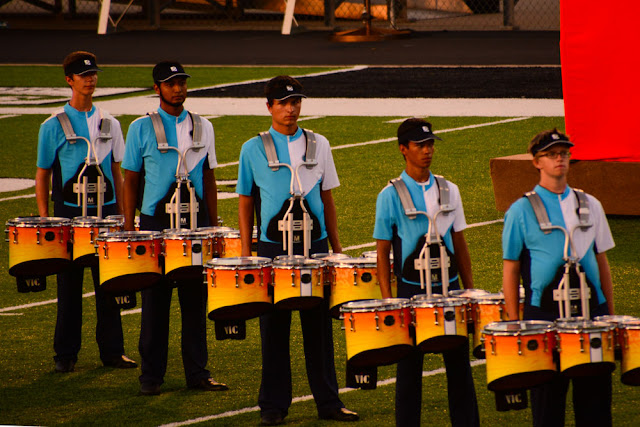 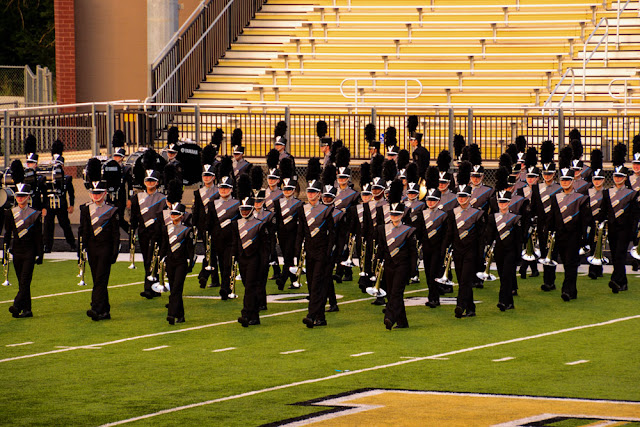 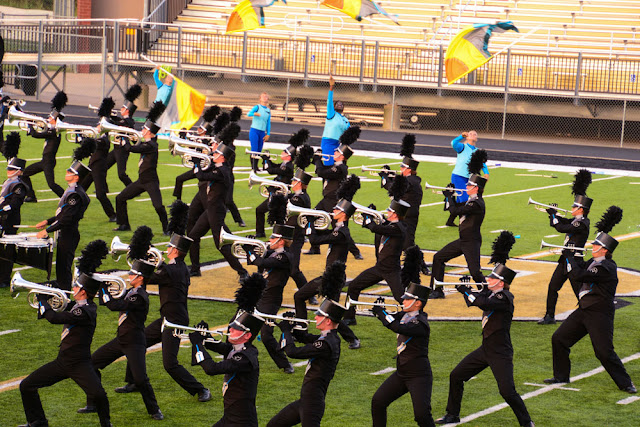 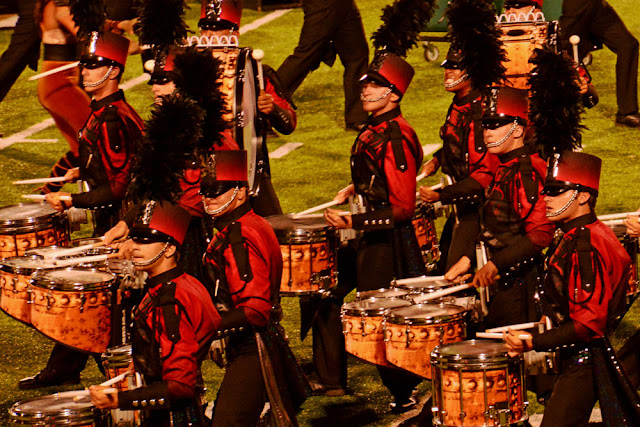 This post would not be completed without a video of a truly precision drum corps.  The Top Secret Regimen consists of drums and flags only.  They are older than the groups above and they are truly a sight to behold.  Going to see them is on my bucket list.
Posted by DrillerAA09 at 7:44 AM 9 comments: 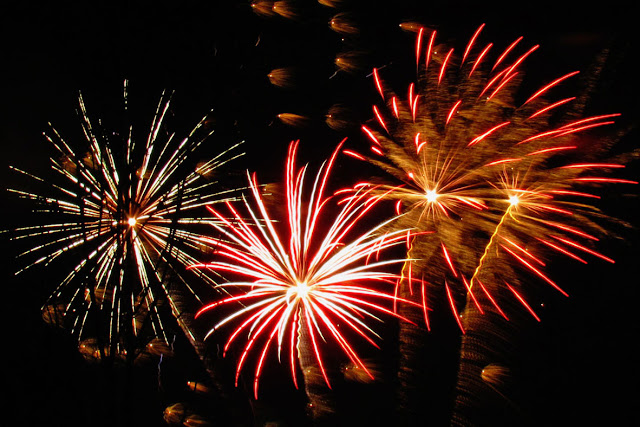 There is something truly special about the celebration of Independence Day.  It is the day that this nation was born.  Fifty-six men signed a document that formed a "more perfect union" and gave birth to what would become the greatest nation on earth.  We have had our struggles.  We have had a very deadly family feud (Civil War) and we have not always done what was right, but the vision of our forefathers was to create a nation in which men were free to seek their fortunes and to raise their families according to their values.  In many ways we have lost that vision.  Too many in our country believe that the government owes them their fortune and the government should set the standards by which every child is raised.  It is my prayer that we re-visit the documents of our foundation and once again catch a glimpse of what this nation ought to be...One Nation, Under God, with peace, liberty, and justice for all.  Independence Day is more than beer, brawts, and boating on the lake.  It is an opportunity to remember how great this nation has been and can be again.  It is a time to realize that freedom is NOT free, but is paid for with the blood of patriots of every generation and as long as there is tyranny and terrorism in this world the ultimate sacrifice of patriots will be required. 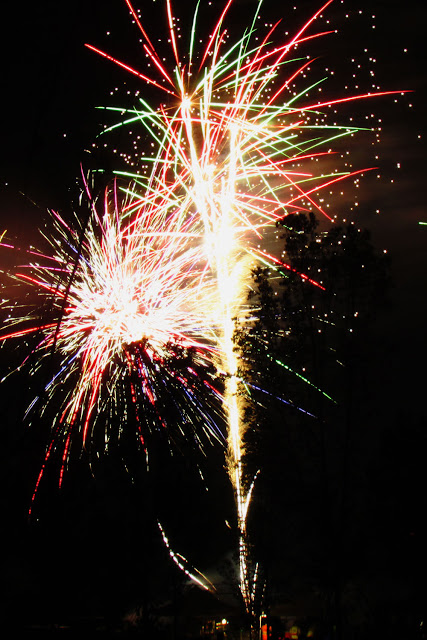 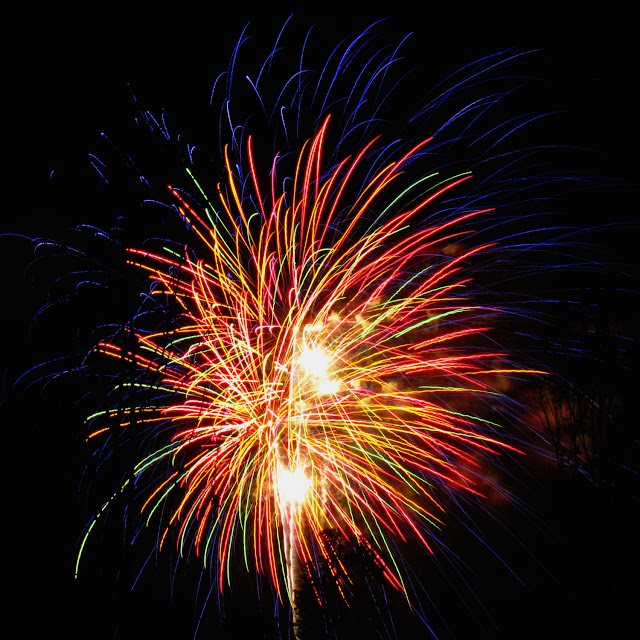 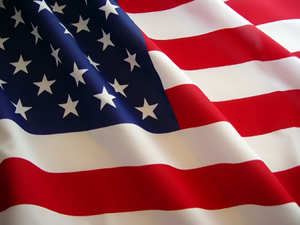 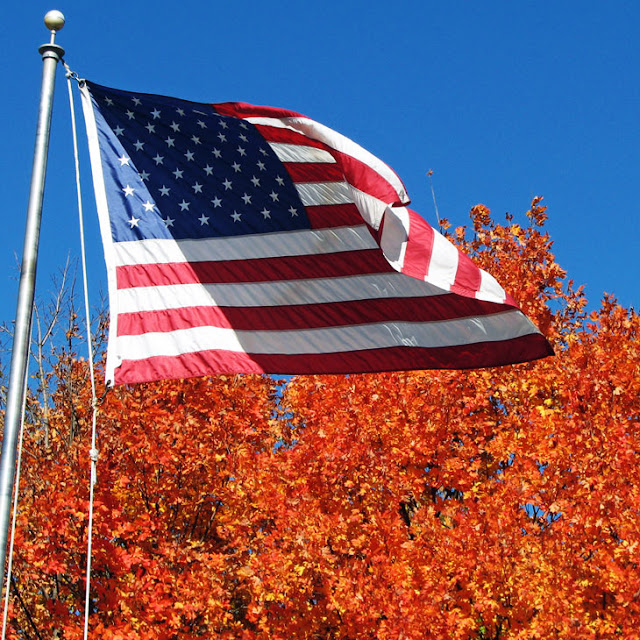 Grand Old Flag
Seeing the Red, White and Blue on Memorial Day, Flag Day, Independence Day, & Labor Day makes the heart swell with pride.  There is no flag on this earth that represents freedom the same way that Old Glory does.


It seems as though we have lost our way somehow.  We are more interested in political correctness than being right.  We are more interested in our rights than our responsibilities as citizens and we believe it is the government's responsibility to provide us with life, liberty, and happiness rather than create and protect the environment under which these things can grow and prosper.  The result is that we, the people have left many of the things that made us great and have attached our hopes and dreams to politicians and programs that have never proven to be in our best interest.  The truth is, politicians did not make this nation great, God did.  Men from multiple backgrounds and faiths, led by the Almighty formed this great nation and authored the documents that established the Union. 56 men signed the Declaration of Independence. 27 of the were educated and trained as ministers.  Most of our forefathers were men of God.  Look at the political landscape today and it is not hard to see that we have left the God of Our Fathers.  Maybe it's time to return to the one who has blessed us far beyond our dreams. 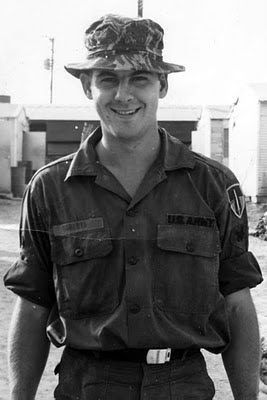 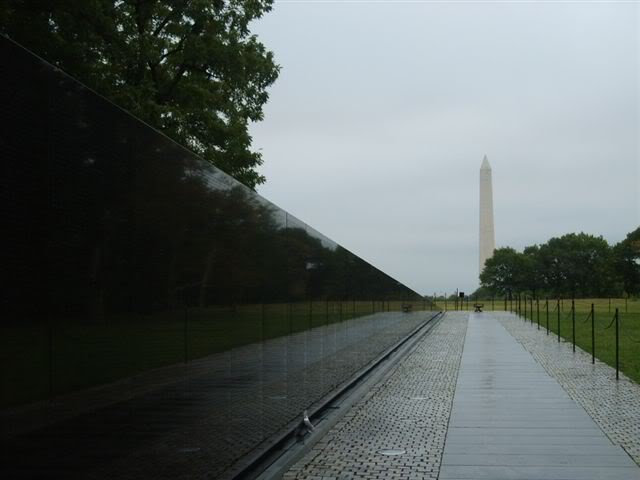