Wordless Wednesday (Not)- Strike Up The Band 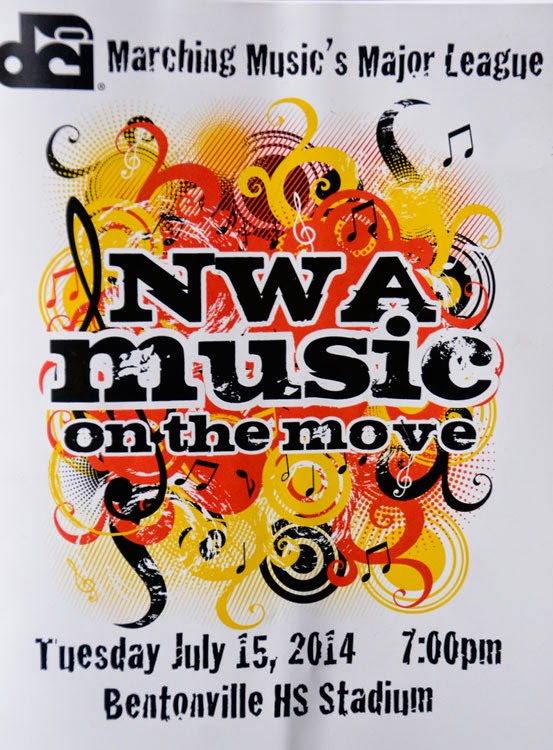 Strike Up The Band
If your looking for a great way to spend a summer evening, may I suggest that you attend a Drum Corps International show and competition.  This is the third year that this organization has performed in our town and my wife and I have attended all three performances.  Unlike most middle of July evenings in Arkansas, last night felt more like autumn.  There was a light breeze and temperatures in the upper sixties.  So, what are you going to see when you attend one of these events, you ask. 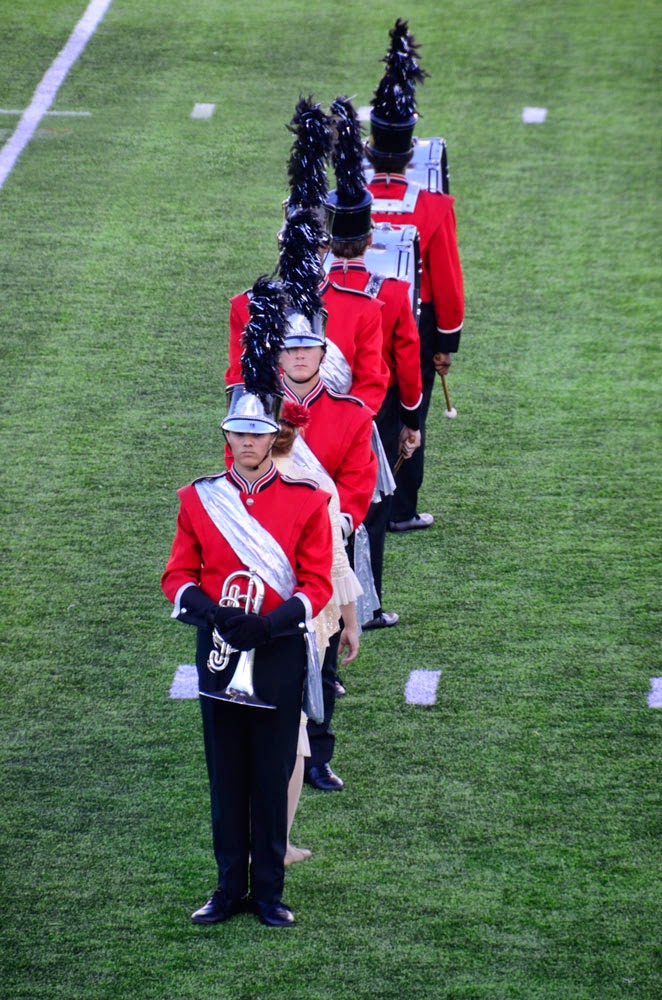 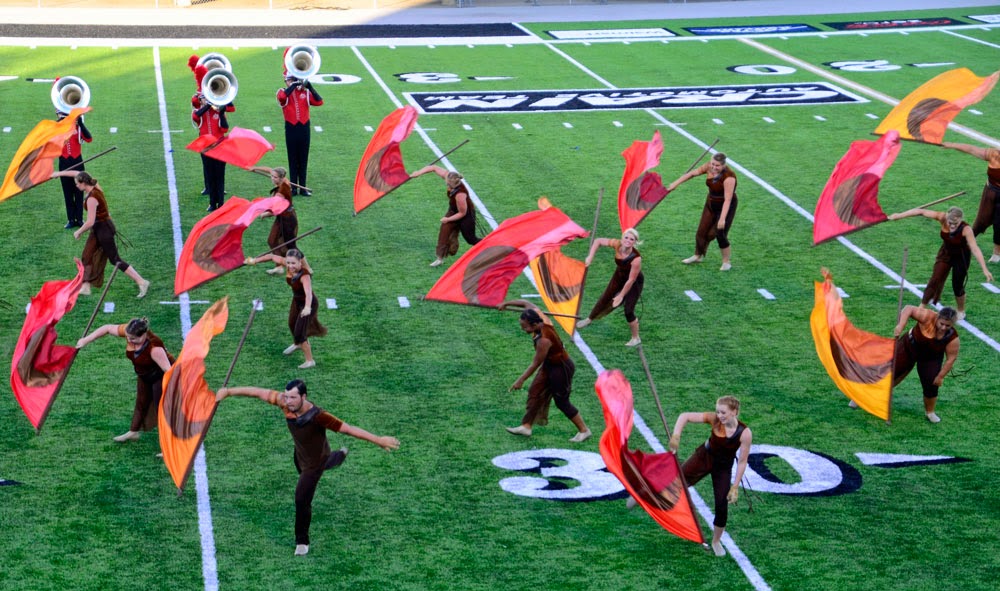 You're going to see talented dancers and colorful flag lines that are integrated into the music. 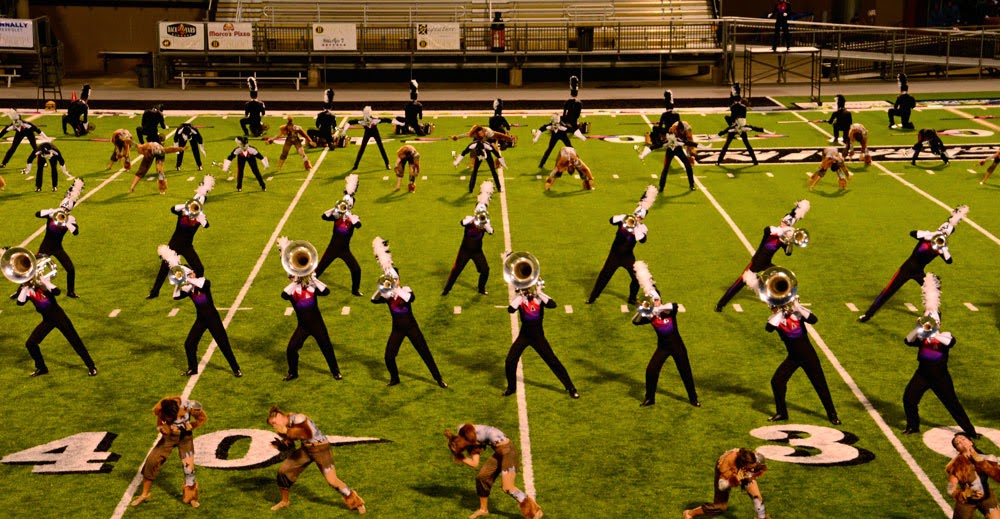 You're going to see original routines performed by young people who have spent their entire spring and summer preparing and performing these routines.  These performers are between 16 and 21 years of age.  They come from various backgrounds and they pay to train and perform in the drum corps.  It's not unlike travel soccer or baseball teams.  Each performance ususally features about eight different drum corps from two different levels of talent.  The "B" groups are ususally a little smaller and less experienced.  They also may not be quite as well funded.  The "A" groups are larger, more experienced groups and the routines can be very complicated.
﻿ 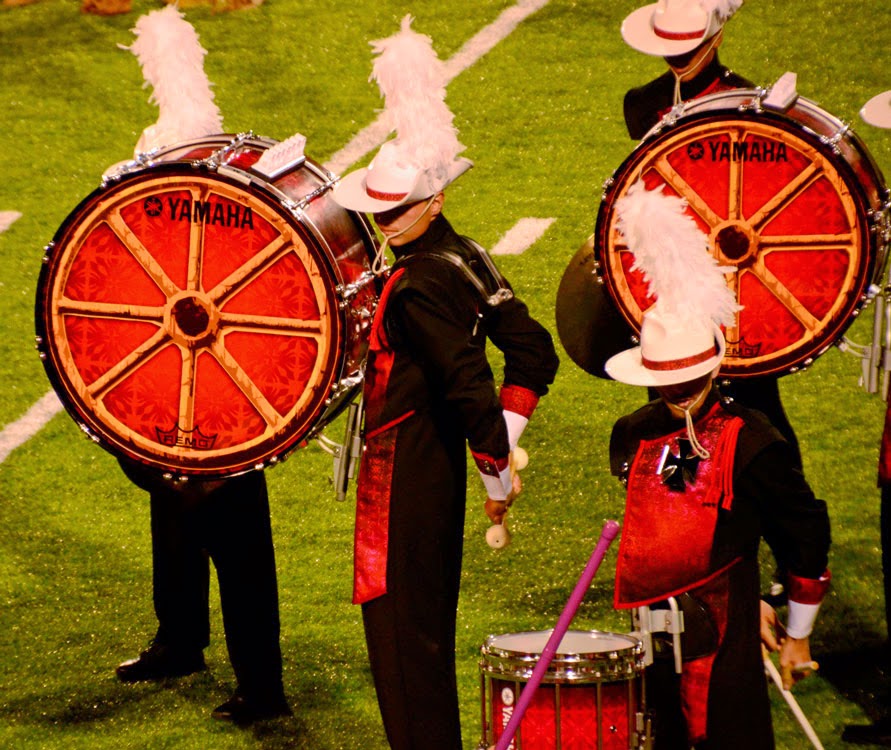 I have to admit, these were my favorite drums.  They had a couple of covered wagons in the background as part of their routine and these graphics on their durms echoed the wagon wheels.  I love this kind of creative thinking. 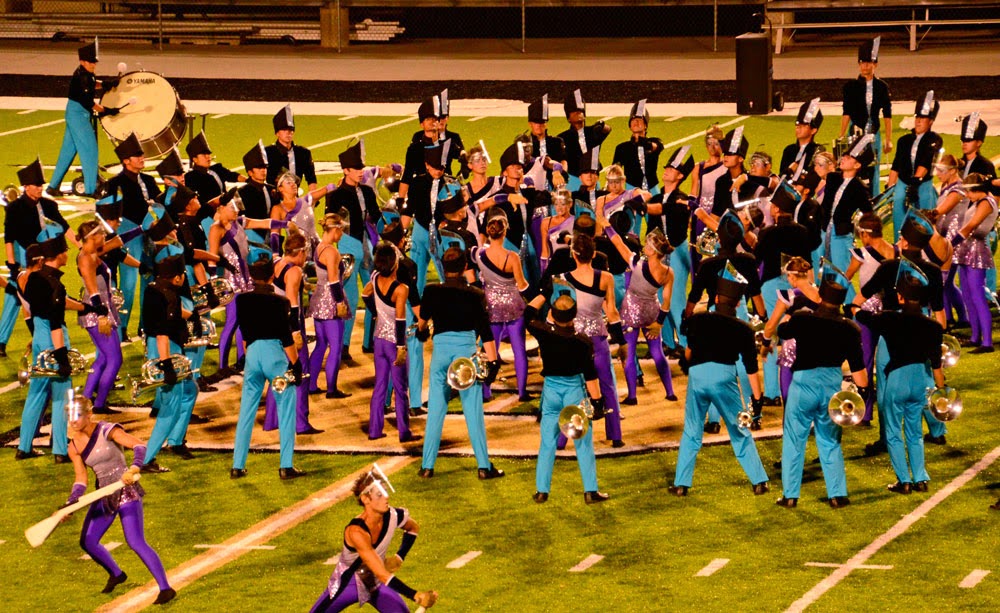 Perhaps the most decorated group in the competition last night was Carolina Crown.  They are the reigning champions in the drum corps world.  If you want to see one of these performances, just go to www.dci.org for schedules and ticket information.  For a few my readers, they will be in Tulsa, OK tonight, Denton, TX tomorrow night, Dallas, TX on July 21, and Mustang, OK on July 22.  It will be on of the highlights of your summer.
I went to YouTube and found this video of Carolina Crown performing.  It's thirteen minutes long, but you don't have to watch the whole thing to get an idea of just how talented these kids are.
﻿
﻿