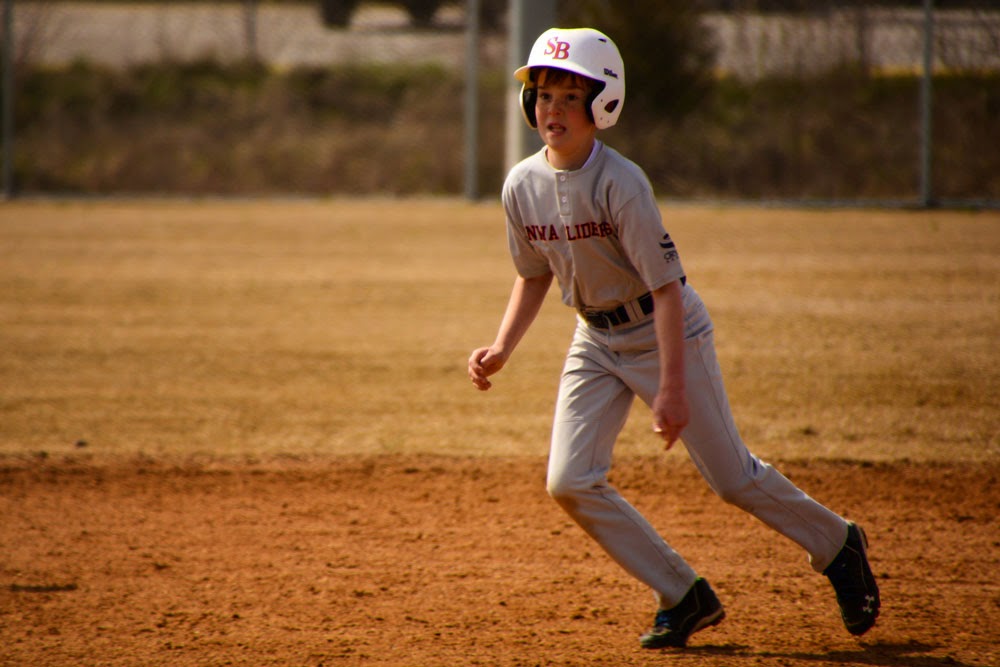 I love this time of year.  Actually, every season has something special about it that I like, but spring brings out the boys of summer.  The grandson is eleven now and at the age where there are some pretty good plays being made and the games can be very exciting.  This week-end was the first tournament that my wife and I were able to attend.  Here he is taking a walking lead off of second base after hitting a single and stealing second.  He scored a little later in the inning and the team won 7-2. 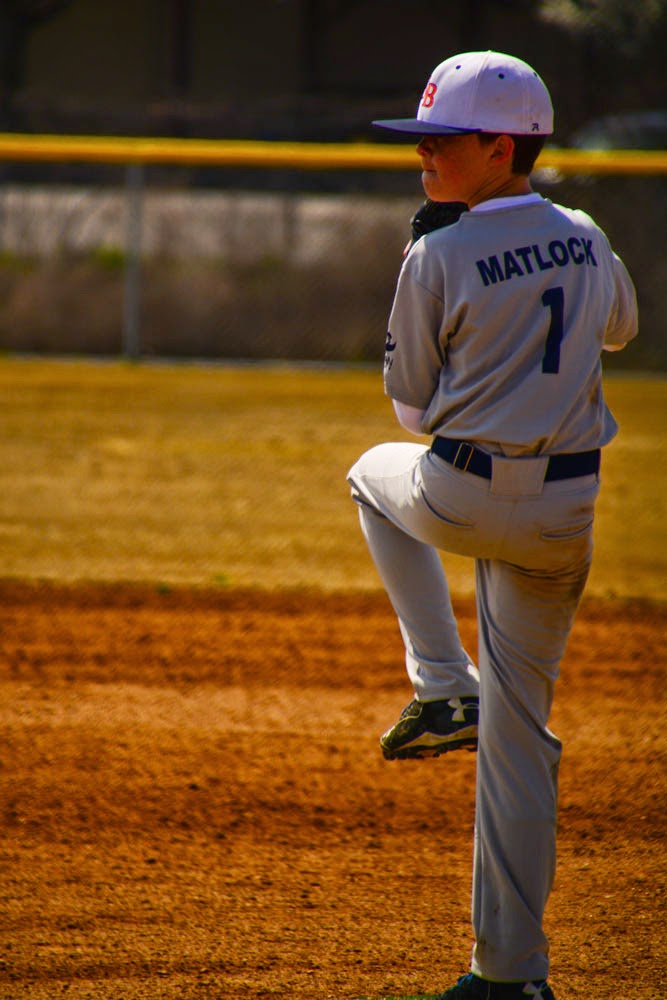 There are pretty strict limits on the number of pitches that these youngsters can throw, so a lot of the team get the opportunity to take the mound and try their hand at throwing strikes.  They learn pretty quickly that it's not as easy as it looks. 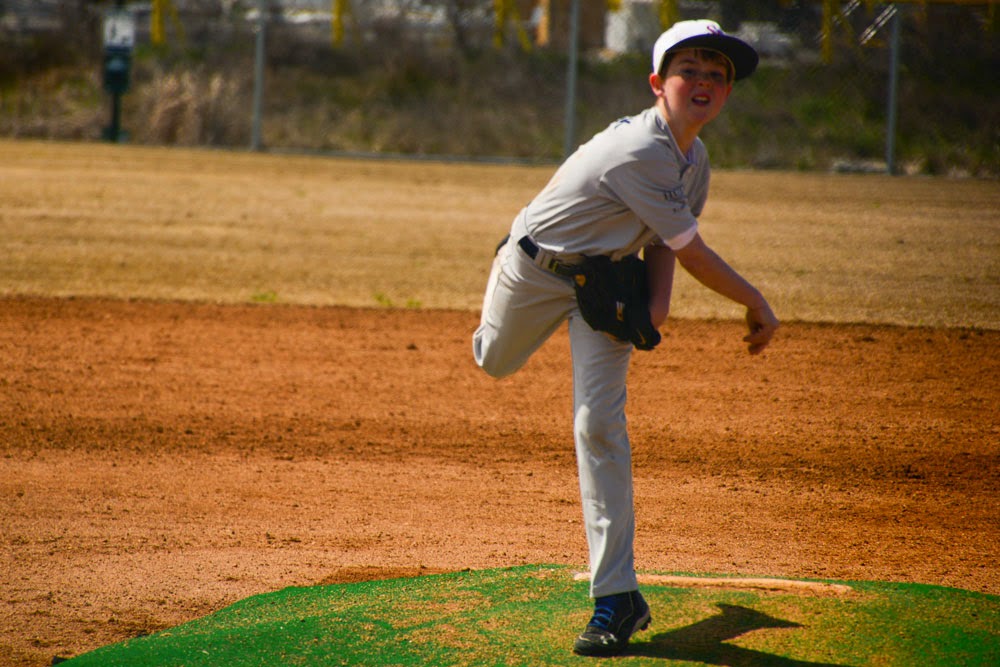 Since the fields do double duty as softball and baseball diamonds, the pitcher's mounds are artificial. That makes it difficult to practice your pitching since there are not many fields with mounds on them to practice on between games.  You probably need to get used to seeing sports pics on this blog over the next few weeks.  His sister runs track and plays soccer, so I'll be shooting some of those events and sharing the results as well.