After finishing my post for yesterday I went back into the archives and found other photos of the grand kids baking with Nana at Christmas. 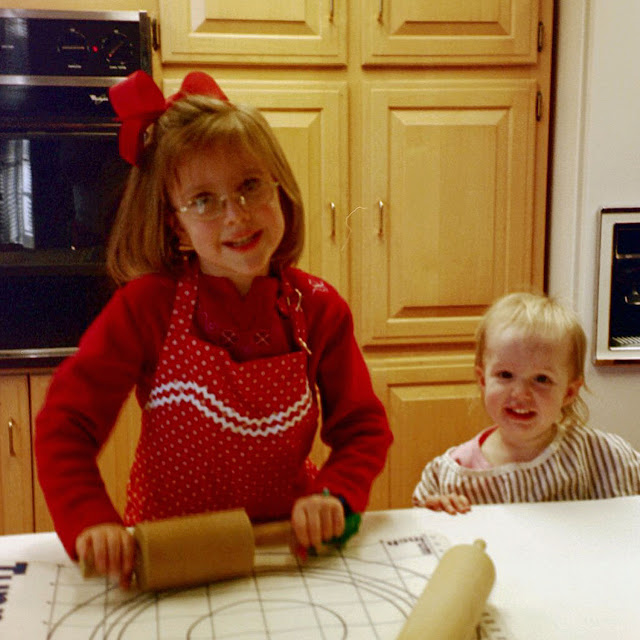 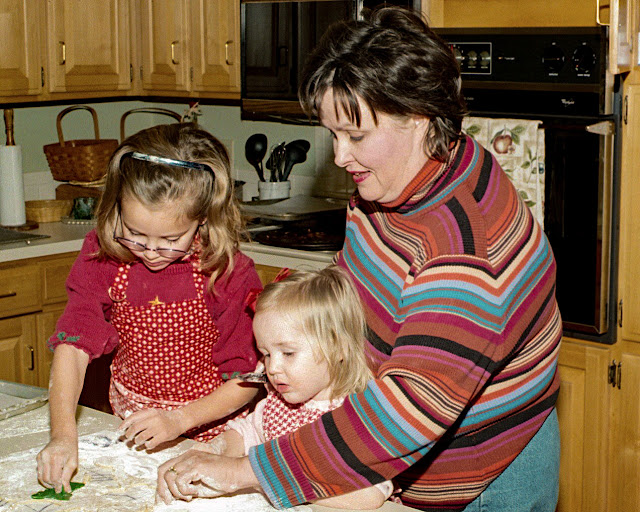 In 2002 cookie cutting training had begun for grand daughter no. 2. 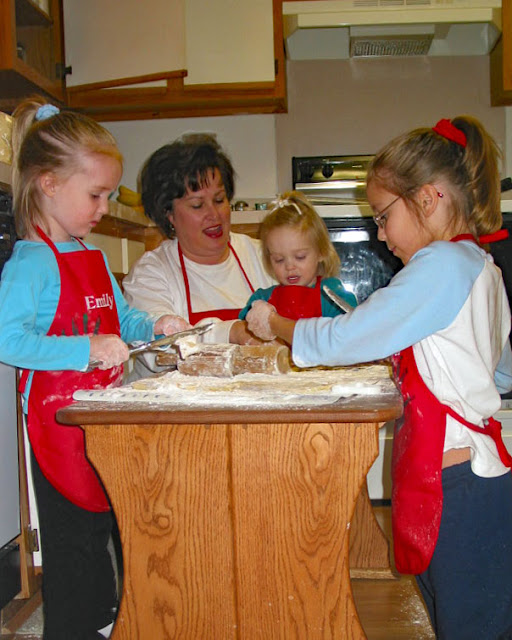 In 2003 grand daughter no. 3 joined the party at the age of  two. We were renting a duplex while our new house was being built. The kitchen was tiny so their table became the work space. 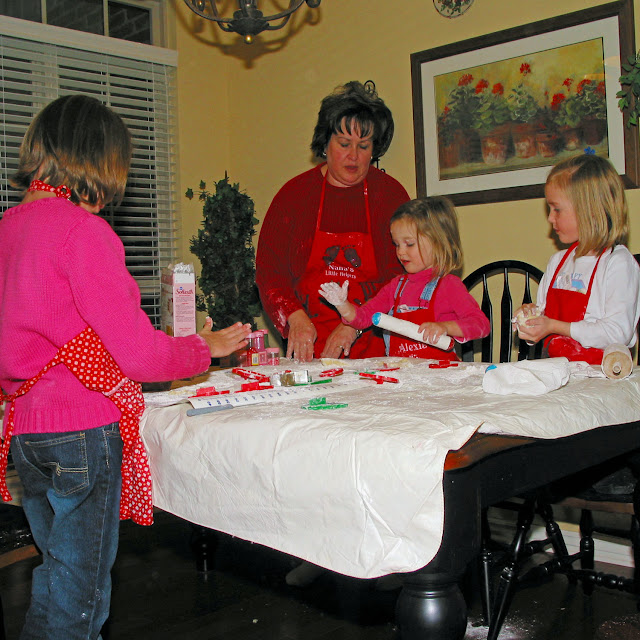 By 2005 we were in our new home and all three grand daughters were fully involved in the Christmas baking tradition. Nana kept the youngest one close to her so things wouldn't get too far out of control. Still, you can see flour on the floor. 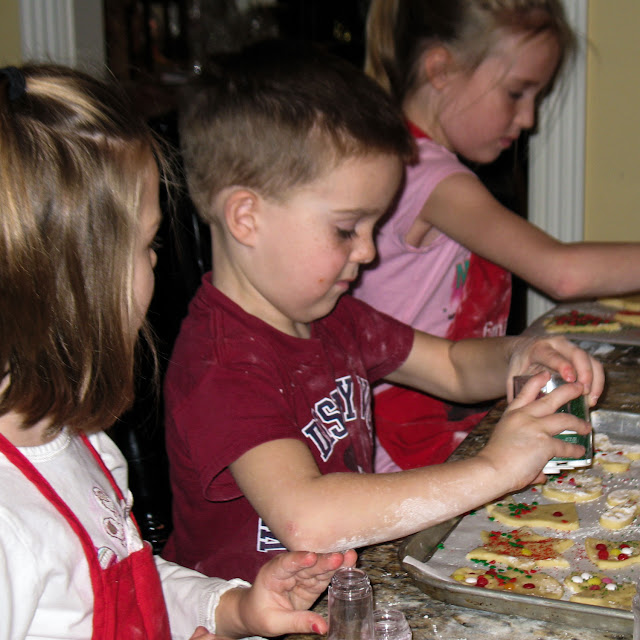 In 2008 a five-year-old grandson put a masculine touch to the cookie decorating process. 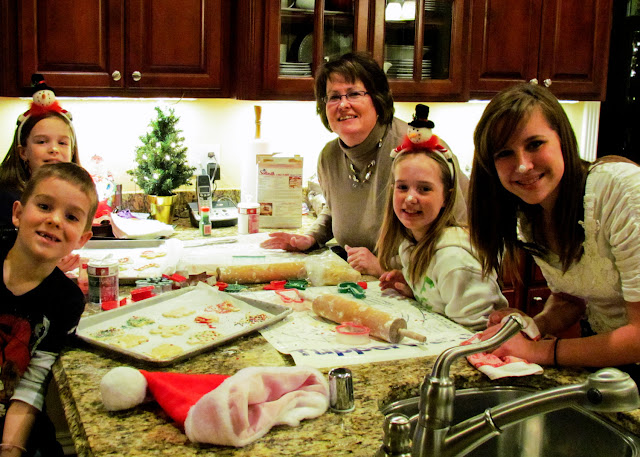 In 2010 The entire crew gathered around the kitchen counter and decorated cookies for the whole family. 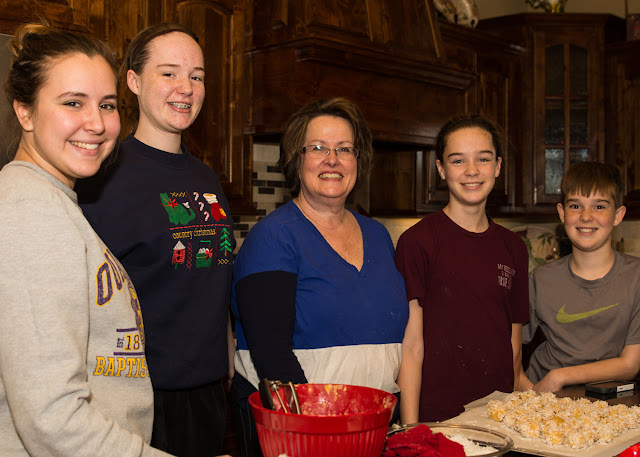 Fast forward to 2015 we have downsized and moved into a new home. The second grand daughter is now the tallest of the grand kids and they are all helping Nana in her fourth kitchen since moving to Arkansas. 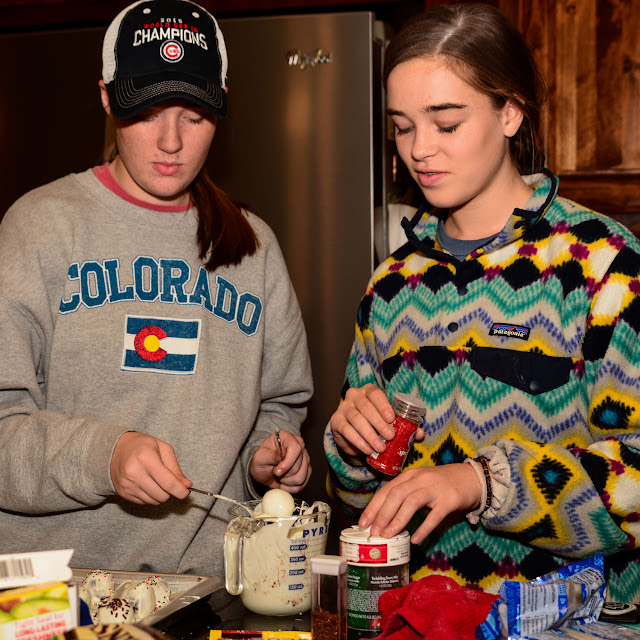 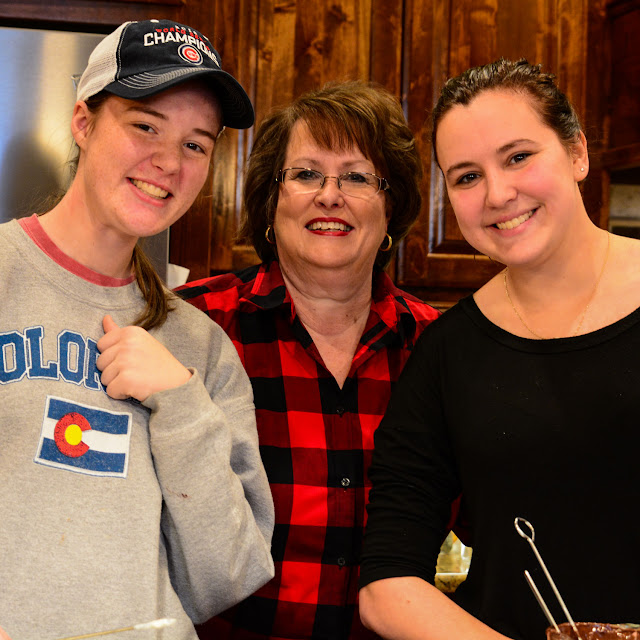 This year it was all girls in the kitchen once again and the results were spectacular. Just scroll down to the previous post to see a sample of their work. The oldest, on the right, is engaged, so one young man is going to get an experienced baker for a wife. Around our house, it's never just another Christmas.  May your family have a very Merry Christmas and the best that the New Year has to offer.