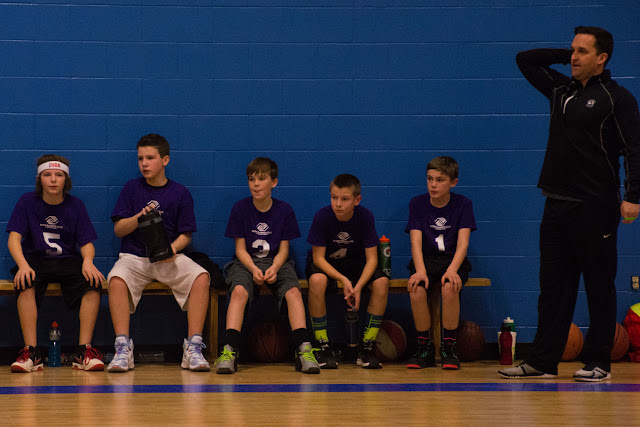 Saturday afternoon found my wife and I at the grandson's basketball game. He's the one in the center. 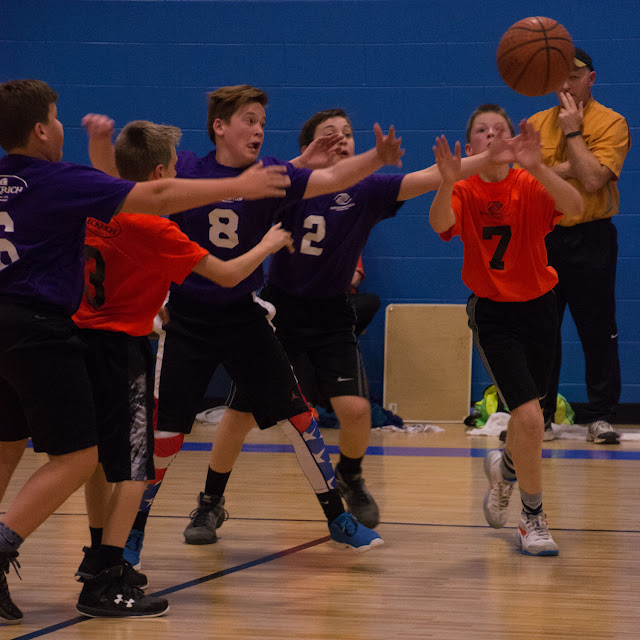 At twelve and thirteen years old, the ball can be a bit elusive and everyone believes it belongs to them. 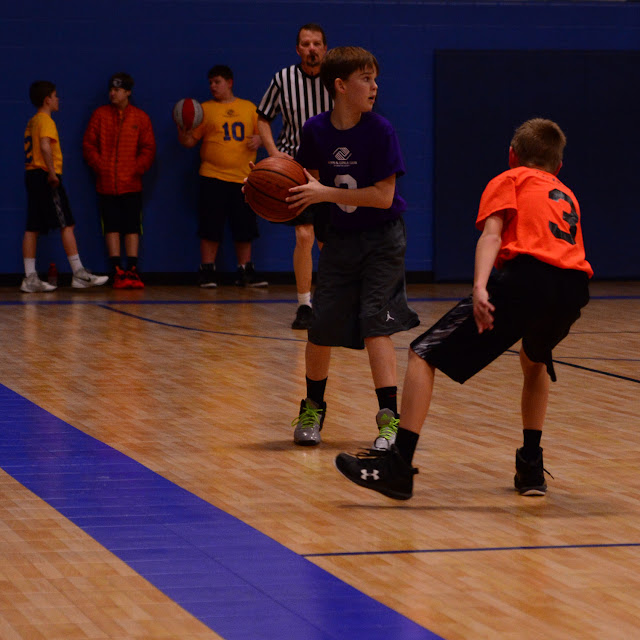 Here, the grandson is looking for an open teammate to pass the ball to. He found the right person and a score was the result. 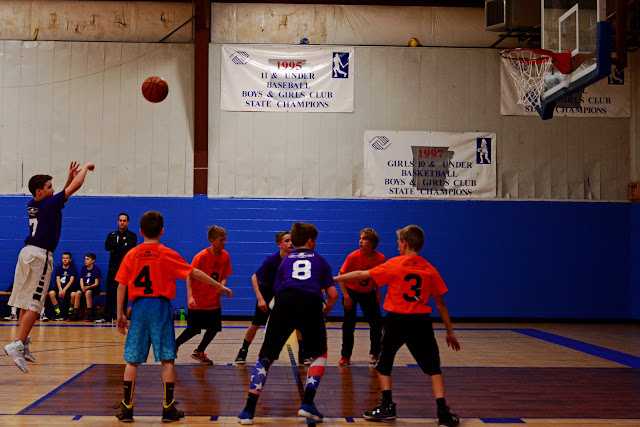 At this age, some of the boys have gotten that first growth spurt and some haven't. There are usually three for four on each team that are several inches taller than everyone else. Here, it is pretty clear than number 8 and number 7 (shooting) have a distinct height advantage over some of the other kids. The grandson hasn't gotten that spurt yet, but I'm pretty sure this is going to be his year. 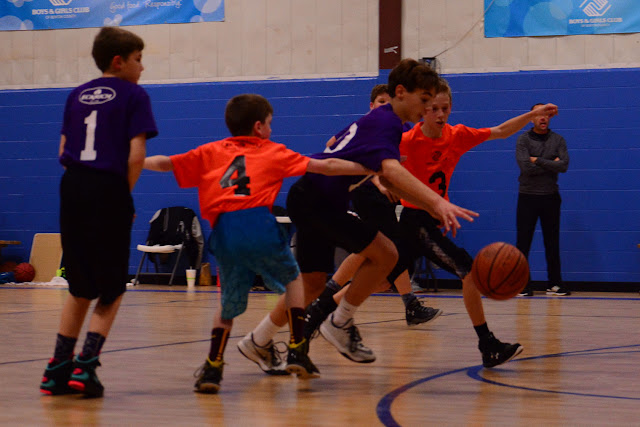 Sometimes the only way to slow the big guy down is to reach in and foul him. We are the purple team and the final score was in our favor.  I really don't photograph much basketball so I have a lot of work to do in the coming weeks. We'll be back on the court Saturday.
Posted by DrillerAA09 at 1:00 AM