On the first Friday of each month from April through November there is a special event on the square in our hometown. Yes, it's called "First Friday". You can scroll down a few posts and see images from the last event. This month the celebration the theme was based on the early days of our fair city and it's tie to the Civil War. Yes, Arkansas was involved in the Civil War and several battles took place in the Northwest quadrant of the state, near the towns of Prairie Grove and Pea Ridge. Northwest Arkansas, Southwest Missouri, and Northeast Oklahoma were also home to some pretty famous outlaws of the old west and again during the gangster era of the twenties and thirties. The geography made it very difficult to find someone in these parts unless they chose to be found. Anyway, part of the celebration included a reenactment of a bank robbery on the town square. I don't know if there ever was such an event, but the reenactment was certainly fun to watch. 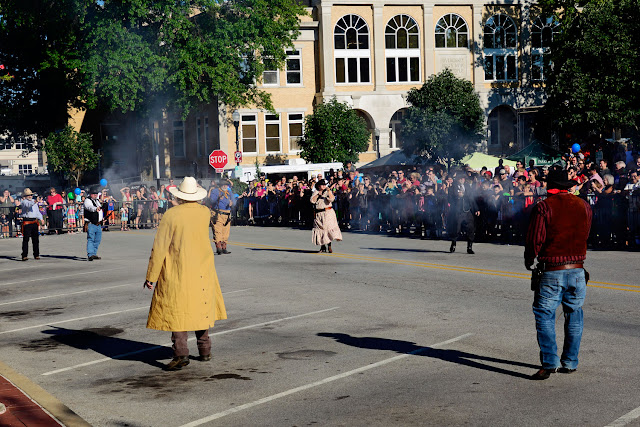 There is a gun fight in the streets as the  U. S. Marshals and their deputies shoot it out with the outlaw gang. 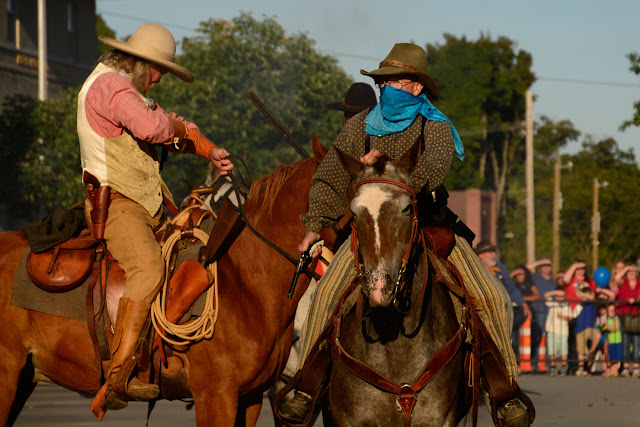 A few of the bank robbers are on horseback and seem to have the law outnumbered, but not out gunned. 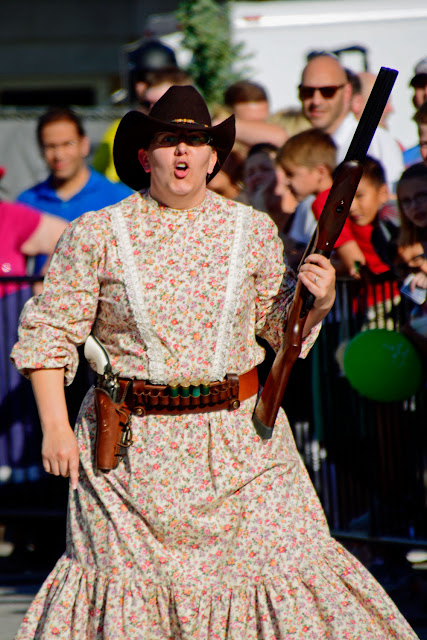 Even early law enforcement knew the advantage of a double barrel shotgun. Well, the robbery was foiled and good triumphed over evil once again. Have a blessed day.