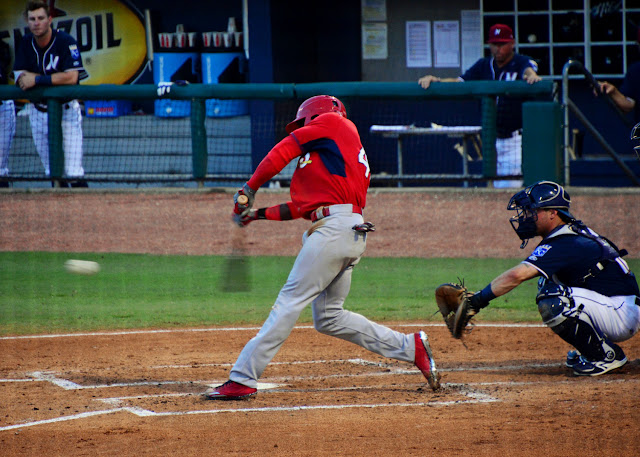 Recently I spent the evening doing one of my favorite things, attending a minor league baseball game. The Springfield Cardinals were in town to play the local Northwest Arkansas Naturals. I had purchased a new lens for my camera and was excited about trying it out, even if it meant shooting through the protective netting. 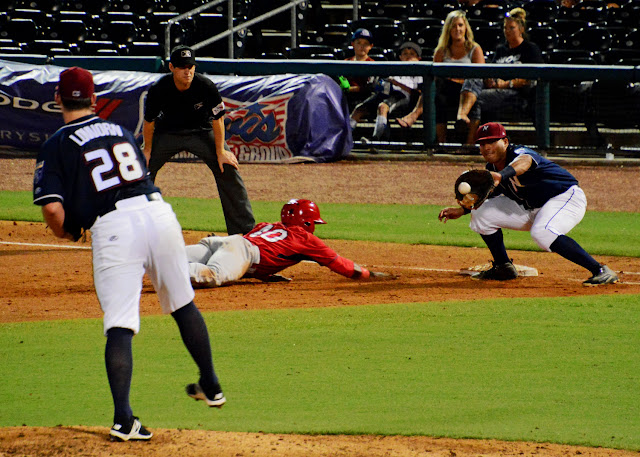 I like shooting sports because of the action and the chance to get an exciting image. Here, the runner is almost picked off of first. 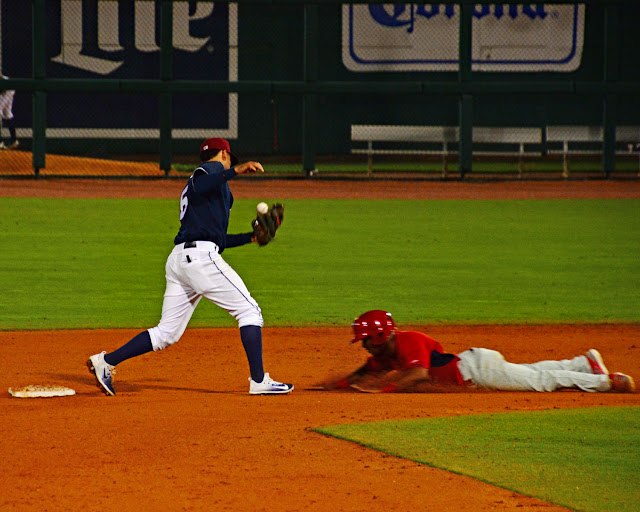 The shortstop bobbles the ball and the runner is going to be called safe. The home team had trouble handling the ball all night long and it showed on the scoreboard as they lost 7-3. 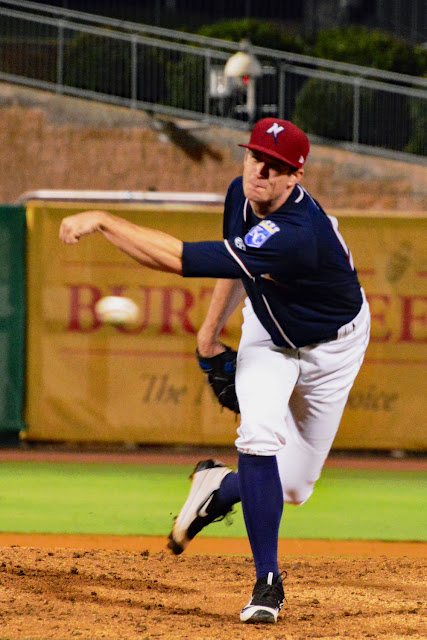 The home team brought in a relief pitcher with a side-arm delivery, but it was to no avail. The visitors were just too good on this night. 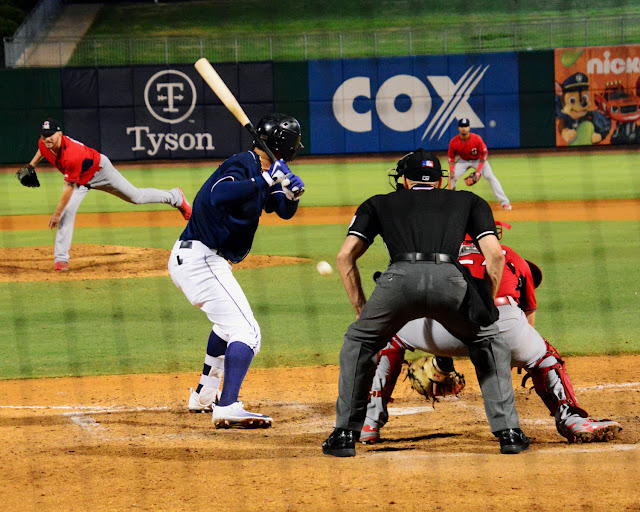 By the 7th inning the crowd had thinned out enough that I didn't feel guilty about moving into the premium seats behind home plate in order to get a few good photos. I still had to shoot through the netting, but I think it adds a little atmosphere to the photo.
I have to say, I like the new lens. I just have to get familiar with what it is capable of doing and dial in the correct settings. Hopefully I'll be ready for football season in a couple of weeks. The first high school home game is September 15.