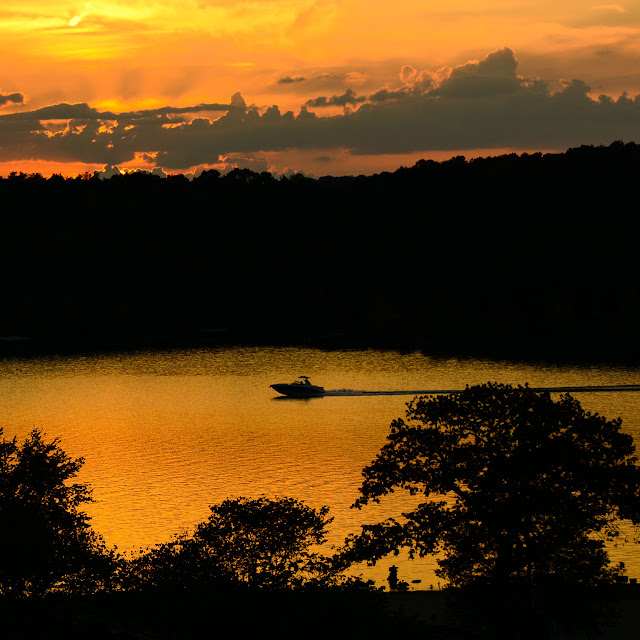 This past week my wife and I spent a few days at one of our favorite places on Table Rock Lake near Branson, MO. Even though Summer officially came to an end and Autumn began on September 21, temperatures were still in the high 80's and the sun was out in full strength. It felt like summer, but there were signs that autumn was indeed here. 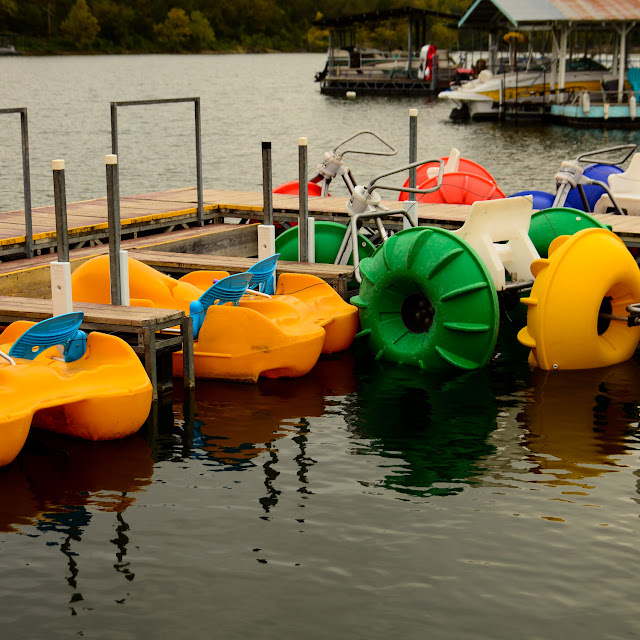 During the peak vacation season these toys are in constant use from 8:00 a.m. until 6:00 p.m. Now, a couple are in use between 9:00 a.m. and about noon. The afternoon is pretty quiet. 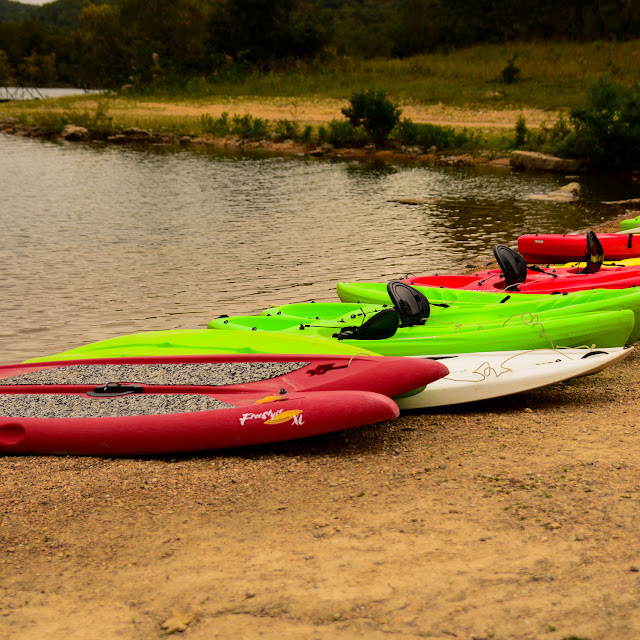 The same can be said for the kayaks and paddle boards. I tried out a couple of the kayaks. One was a pretty successful float around the cove. The other ended quickly with me in the water. Fortunately I was in about 4 ft deep water, so  it was deep enough to keep me from hitting bottom, but shallow enough to stand up. It was a good trip and a nice way to say goodbye to summer and get ready for the colors of autumn, which happens to be my favorite time of year.
Posted by DrillerAA09 at 1:30 AM