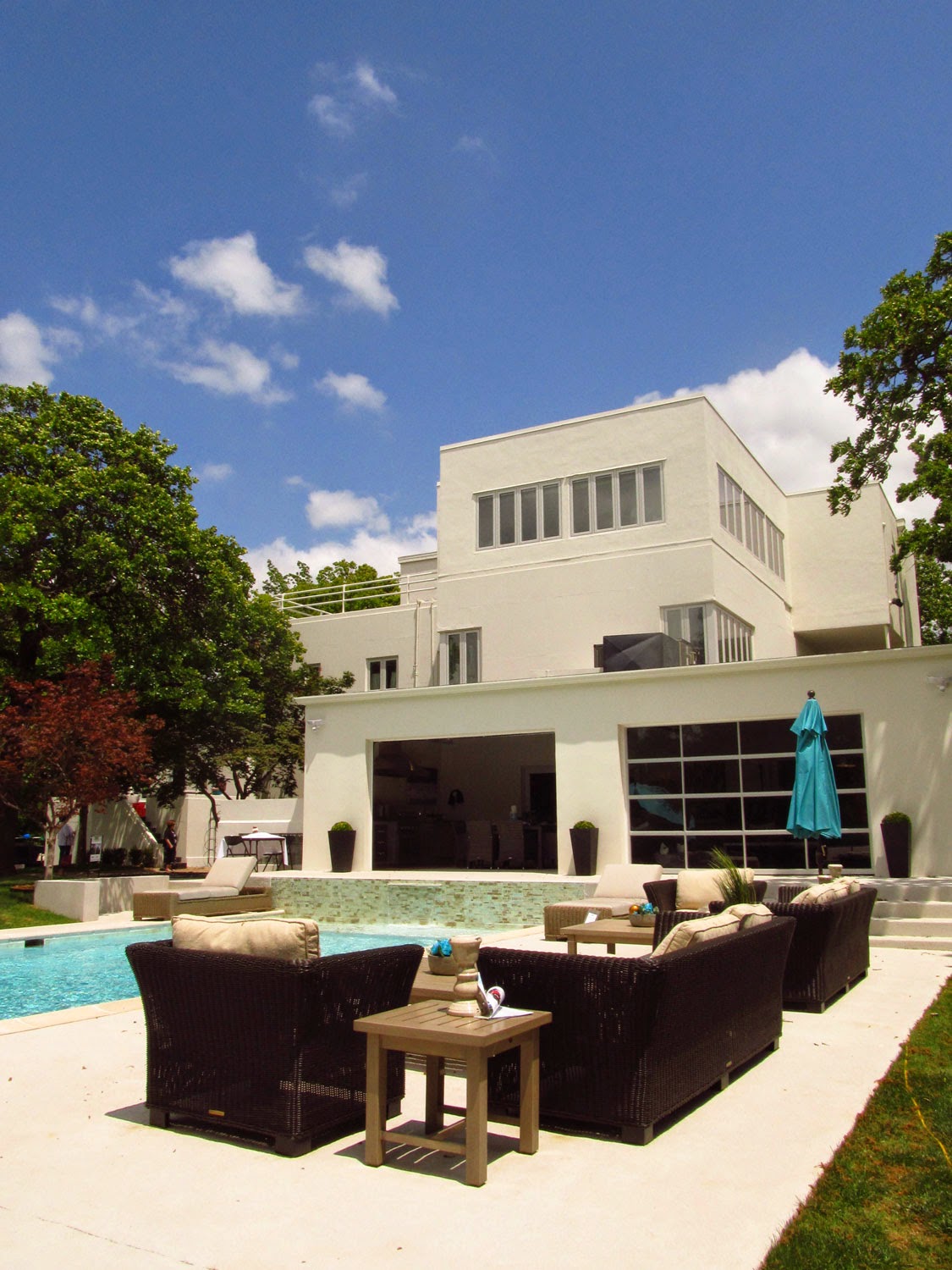 Last Sunday my wife and I celebrated our 40th wedding anniversary by spending the week-end in Tulsa.  There will be a cruise later this year.  We met in Tulsa.  We both worked downtown and rode the bus each day.  One day the bus was crowded.  I gave her my seat and the rest is history.  That's the short version.
Sunday afternoon a group of interior designers sponsered an event that featured a complete remodel of this historic Art Deco home in Tulsa.  The group has been doing this for forty-one years.  This home was built in 1937 by the seventeenth employee of Phillips Petrolieum Company.  It is a classic Art Deco structure.  The home is just over 7000 sq. ft.  While that is a lot of home, there are seven living areas, which means that most rooms are small by modern standards.  The house sits on about four acres in south Tulsa, not far from Oral Roberts University.  However, when this structure was built, it was seven miles from nowhere.  If you're in the market for a competely renovated, 7000 sq. ft. home in Tulsa, this one is available for around $3.0 million. 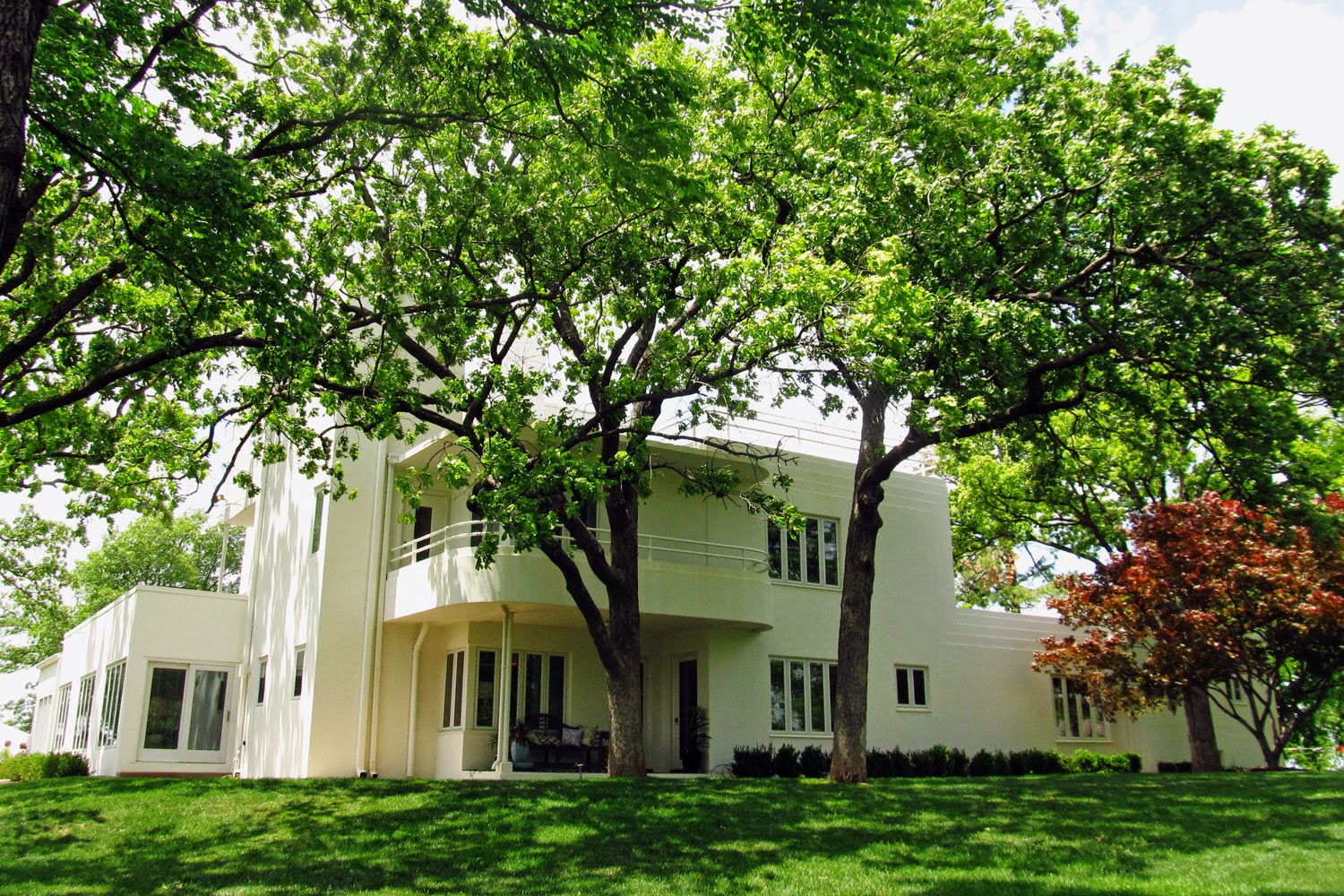 There are several balconies and terraces that stretch the living spaces into the outdoors.  Very nicely done.. 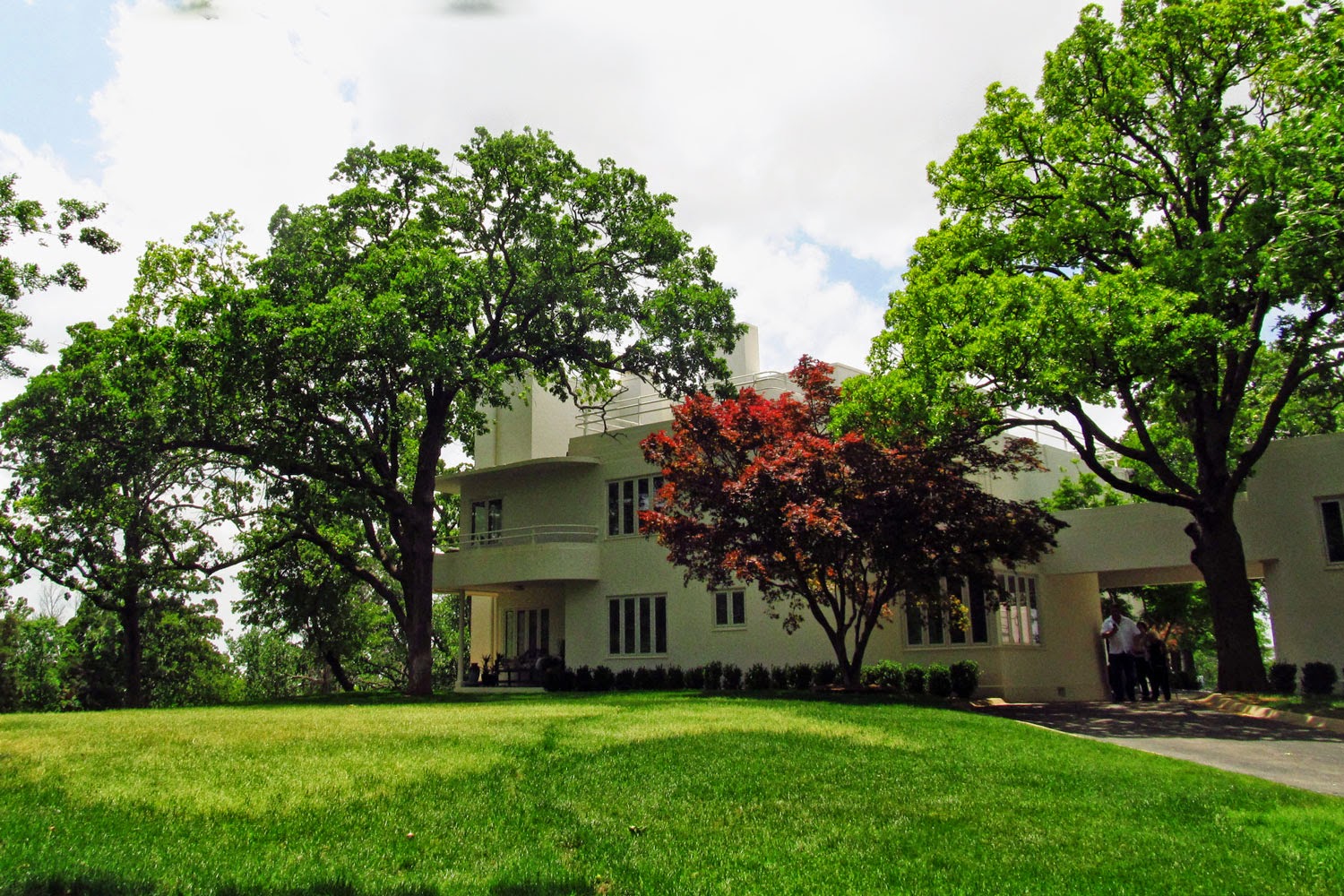 Actually the house is relatively unassuming for 7000 sq. ft. of living space.  Of course it has some newer neighbors that appear to be much larger and imposing. 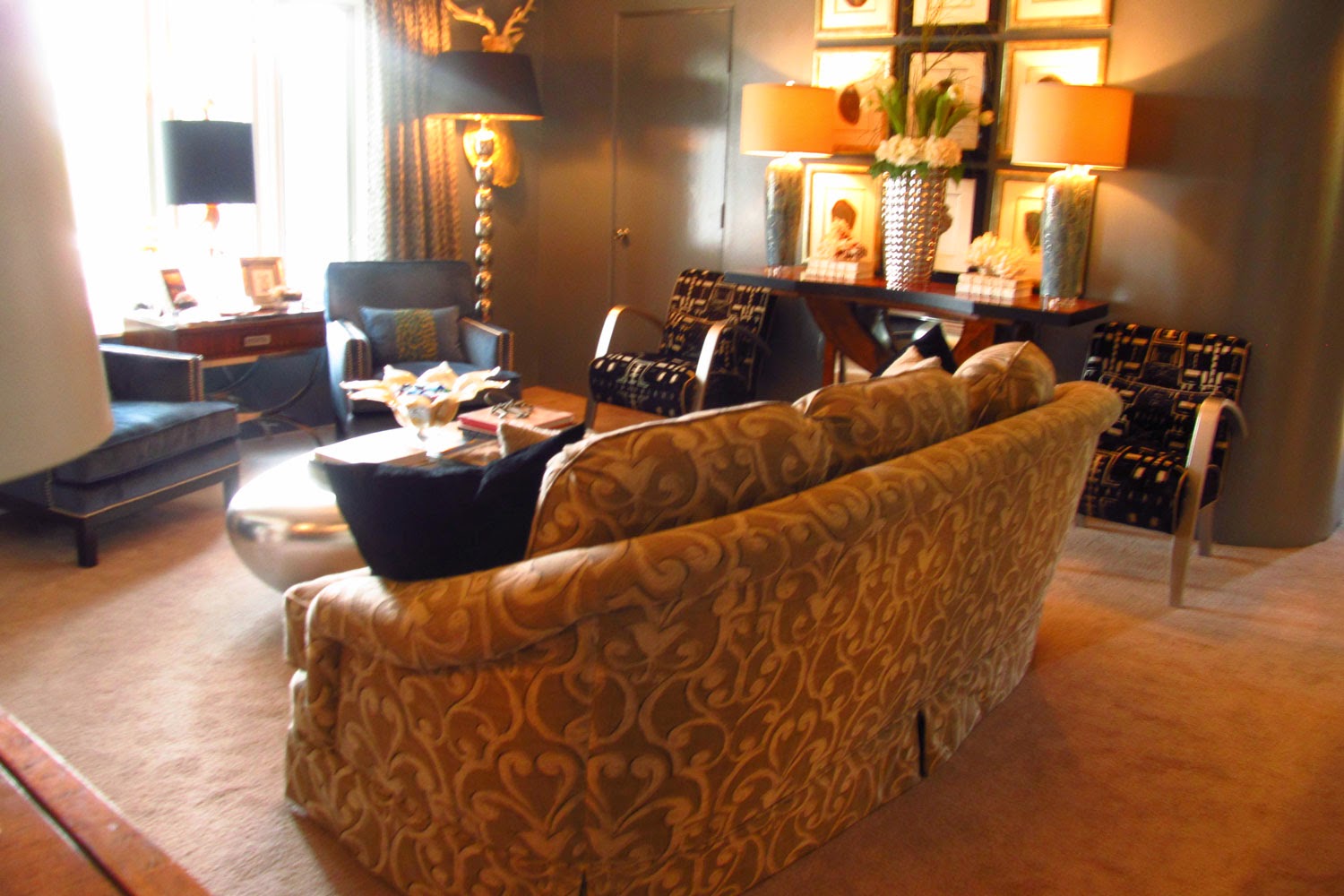 Like I said, several of the living spaces are very intimate in nature and make great conversation areas.  Keep in mind this home was built when conversation was the main means of communication.  No cell phones, no texting, no e-mails. 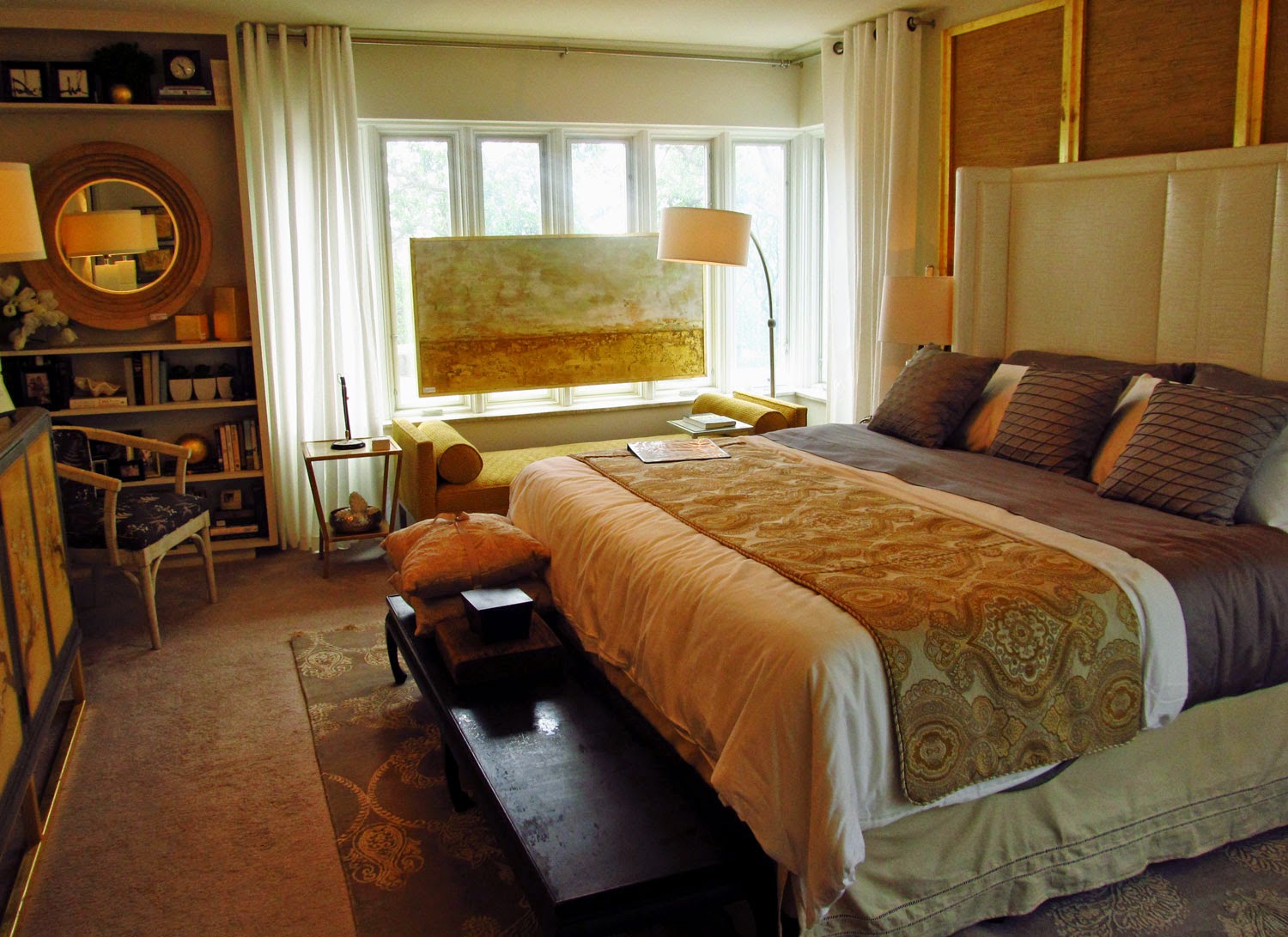 Another contributing factor to the intimate nature of this home is the low ceilings.  Most of the ceilings were 8 feet high.  I believe that even the game room, on the third level maintained this height. 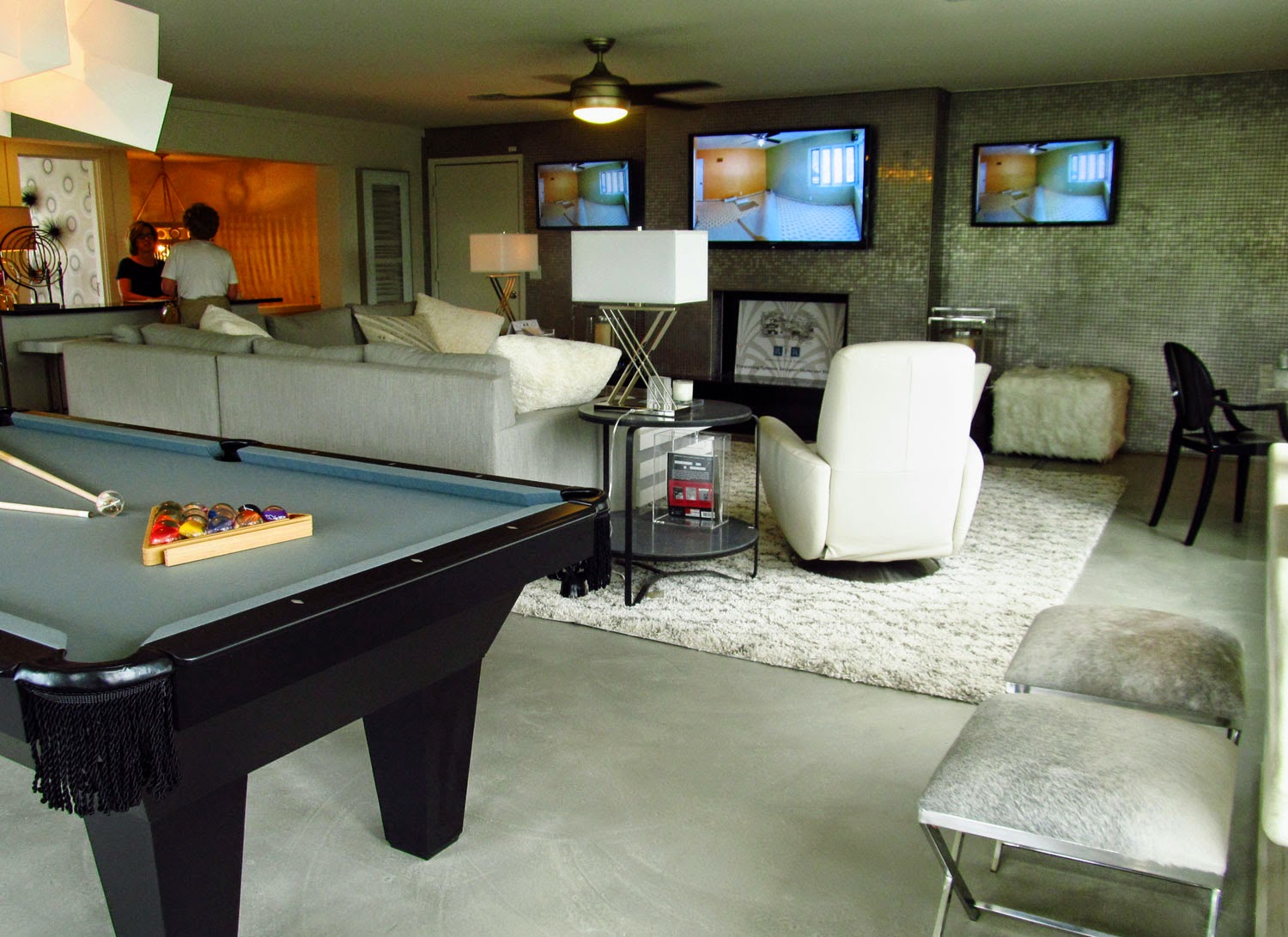 No two-story spaces, no vaulted ceilings, no grandiose spaces in this home. That's pretty unusual considering that oil company executives of the 20's and 30's often built huge mansions in Tulsa. At one time Tulsa was considered the oil capitol of the world.
All in all, it was an enjoyable event and one that we may take in again next year.  Have a blessed week-end.