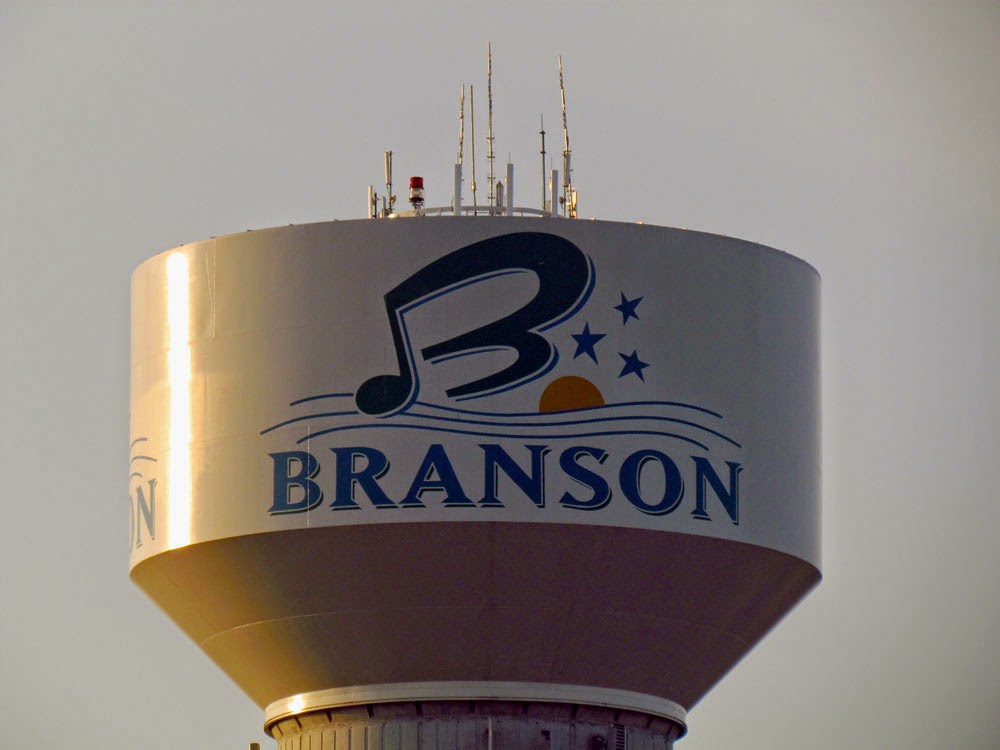 I know, there is no ruby red in this image.  Bear with me, we'll get to some red along the way.  Each year our family spends a few days in Branson, Missouri.  Branson is definitely a tourist town, but that's okay, we can choose to be tourists or not.  Branson sits at the west end of Table Rock Lake and Lake Taneycomo runs through town, so swimming, fishing, water skiing etc. is available to everyone.  Branson is also home to a multitude of entertainment theaters that feature shows of all kinds, from country music to magic, to the acrobats of China.  Of course there is a major outlet mall in Branson and a newer shopping/dining district on the waterfront to satisfy the "shop til you drop" crowd.  Just out side of town, on the lake, is world famous Big Cedar Lodge.  You really need to check that place out.  Last but not least, there is Silver Dollar City, the Disney World of the heartland.
The past three years our family has rented a condo outside of town and sitting on the shores of Table Rock Lake.  I would take my bass boat and rent a slip in the marina.  Everything was very convenient and the grand crew LOVED the place.  This year we decided to stay closer to town and do the tourist thing.  We haven't done that in years. 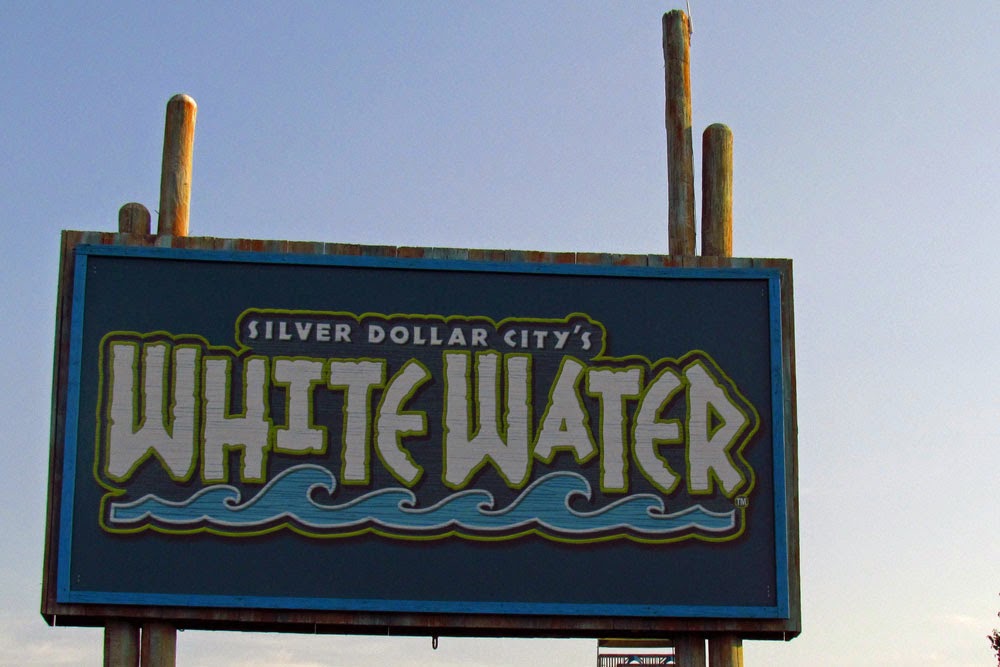 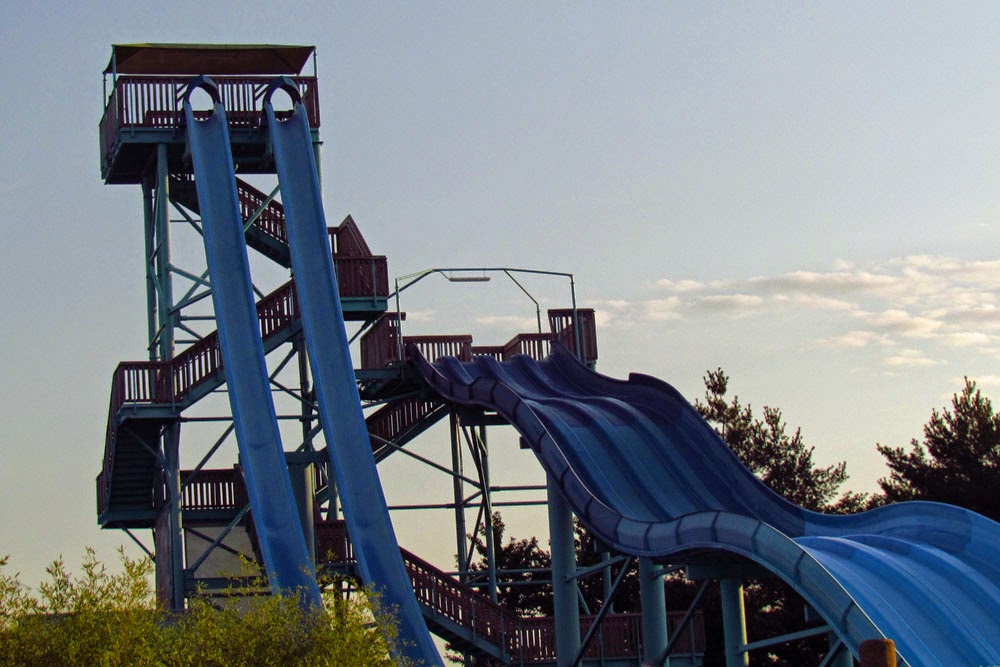 Our first day started off at White Water, which is a large water park.  We rode several of the slides, floated down the Lazy River, and enjoyed the Wave Pool.  A couple of us also got just a touch too much sun.  The weather was perfect and the crowds were smaller than normal, because Missouri started back to school that day.  The photo above was taken the next morning, before the park opened so there was NO crowd. 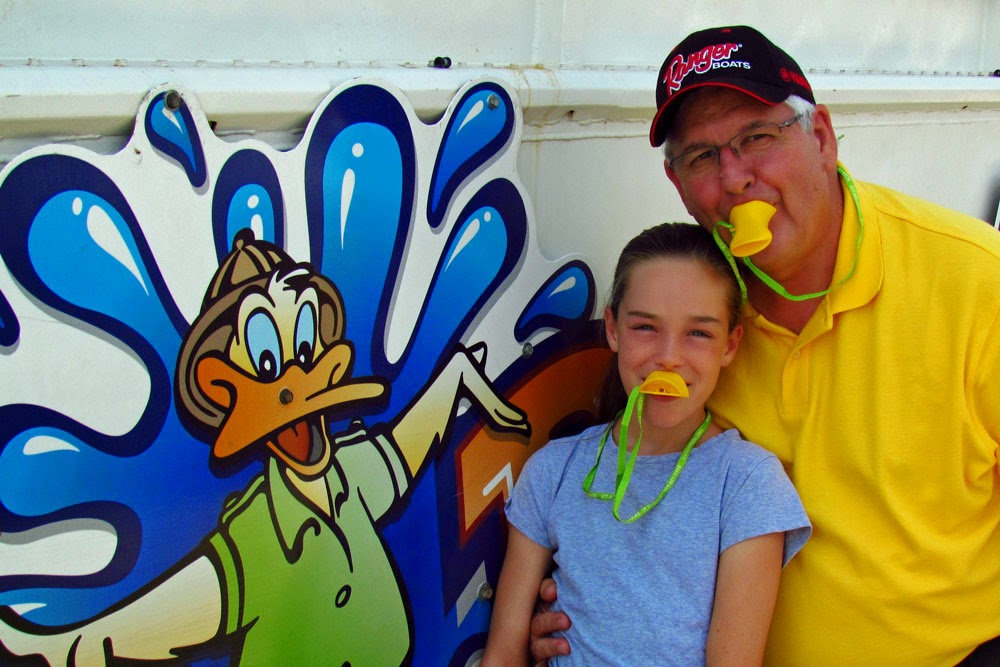 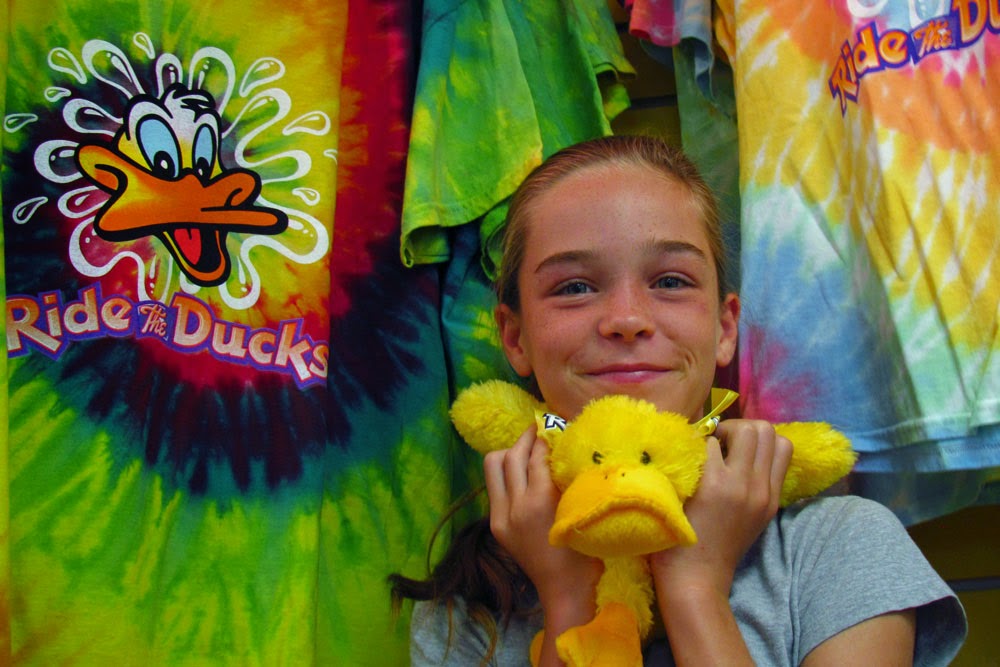 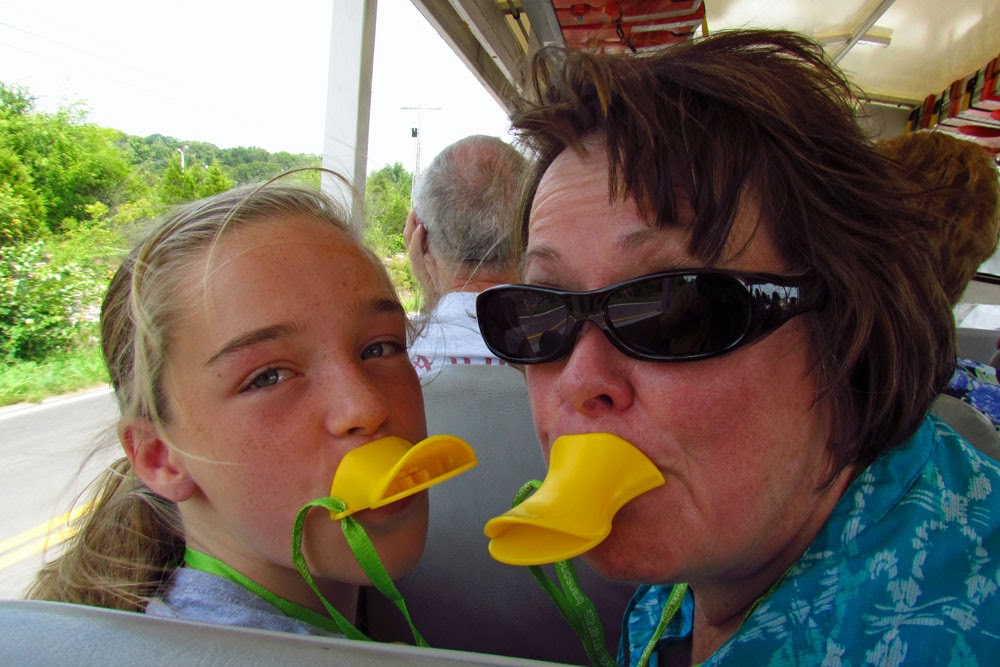 The next day found my wife and I, with the youngest grand daughter riding the iconic "Ducks".  The ducks are amphibious vehicles that transport you from Branson to Table Rock Lake for a brief spin around an island and then back on shore for the return trip into town.  The original ducks were WWII surplus vehicles.  They have all been replaced with newer commercial models.  This ride has been in Branson since the late 60's and I had never ridden it before now.  What we won't do for our grand kids.  The Ducks are definitely a "Branson Thing." 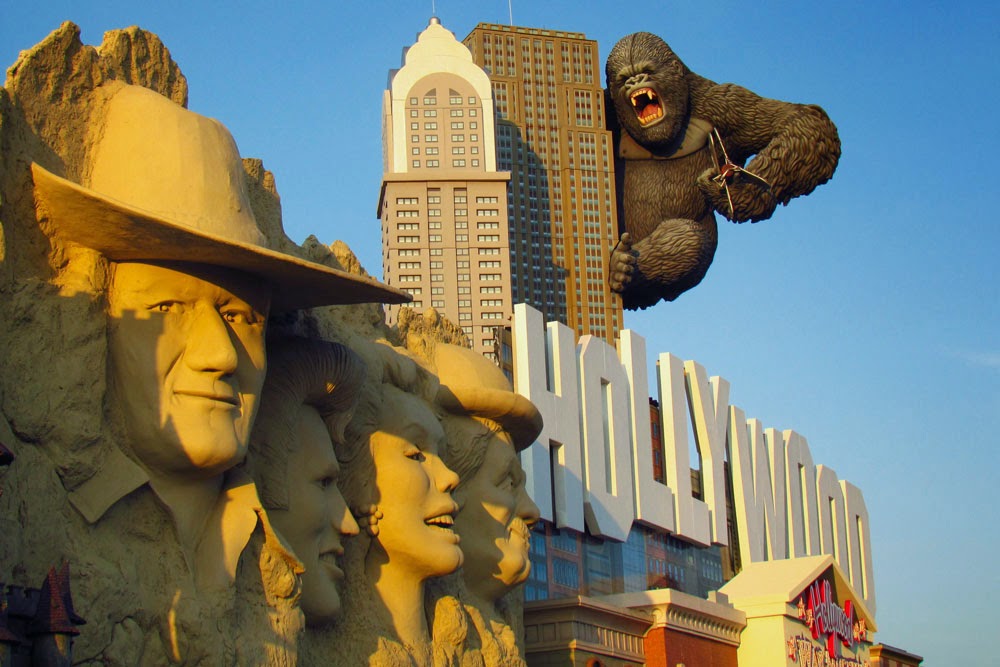 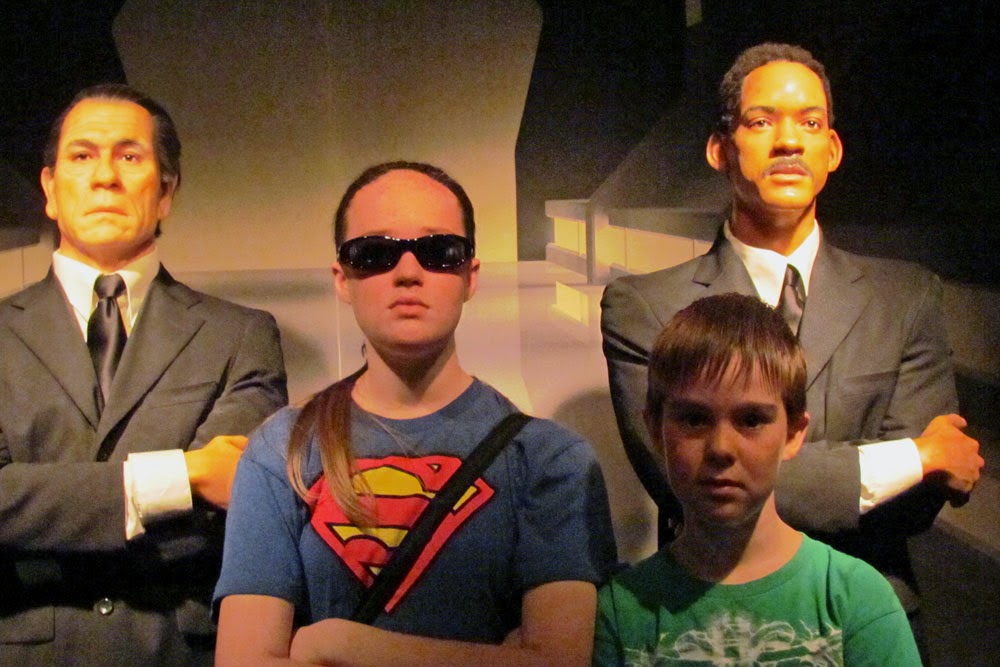 Next up was the Hollywood Wax Museum.  Here the middle grand daughter and the grandson join the "Men in Black" for a photo op.  Some of the pieces were very good.  I'll post a few for Wordless Wednesday tomorrow. 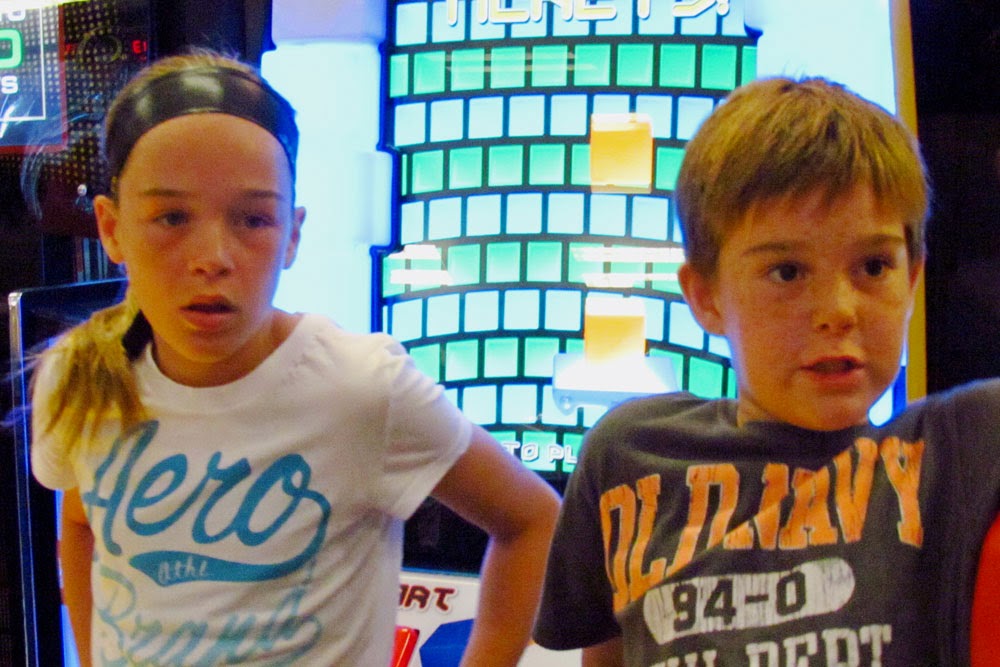 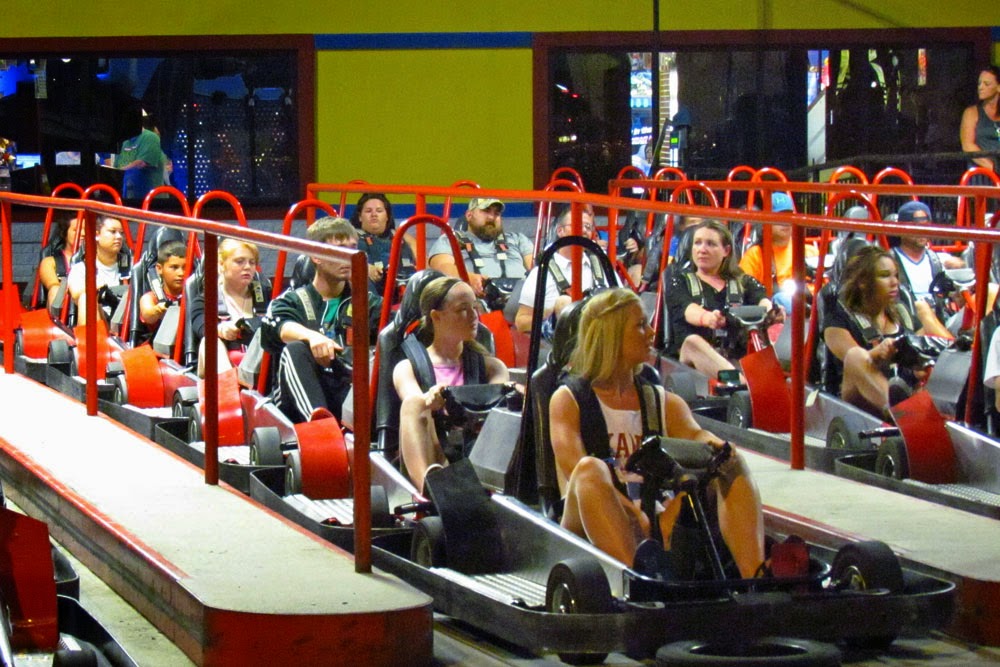 The middle grand daughter is second cart from the front, and there is enough red here to qualify for a Ruby Tuesday.  WoooHoooo!!!!! 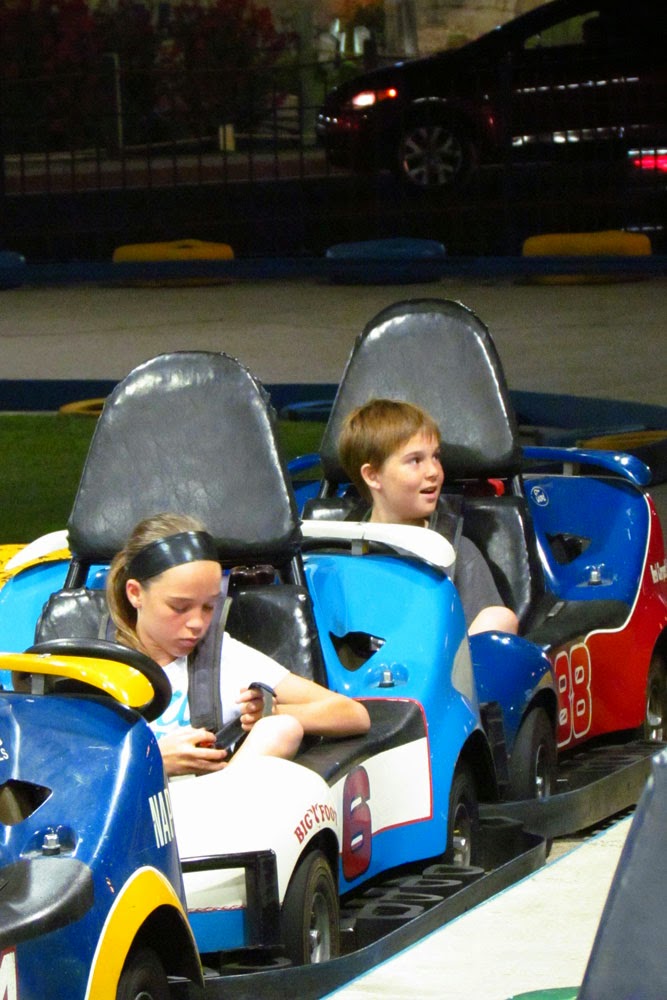 Our final night found us up on the entertainment strip at one of the amusement parks.  Video games and go karts were the source of fun on this night.  All in all, it was a great vacation.  So what will we do next year?  We're going back to the lake and leave the town to the tourists!  "The Branson Thing", been there, done that!
Posted by DrillerAA09 at 8:37 PM