Okay, I'm going to have to stretch the boundaries a bit and you're going to have to think outside the box in order to make these photos work with the prompts.  I'm trying to tie it all to one event.  Every September 10's of thousands of motorcycle enthusiasts descend on Northwest Arkansas for an event called Bikes, Blues, & BBQ.  I love getting out and snapping a few images of some of the rides.  This year I did not photograph many of bikes.  My schedule just wouldn't allow it.  Yes, I'm retired, but I do have an agenda from time to time.  This year they held their 3rd annual car show in conjunction with all of the other activities.  I decided to forgo most of the two wheel festivities and headed to the auto art.  Anyway, here goes. 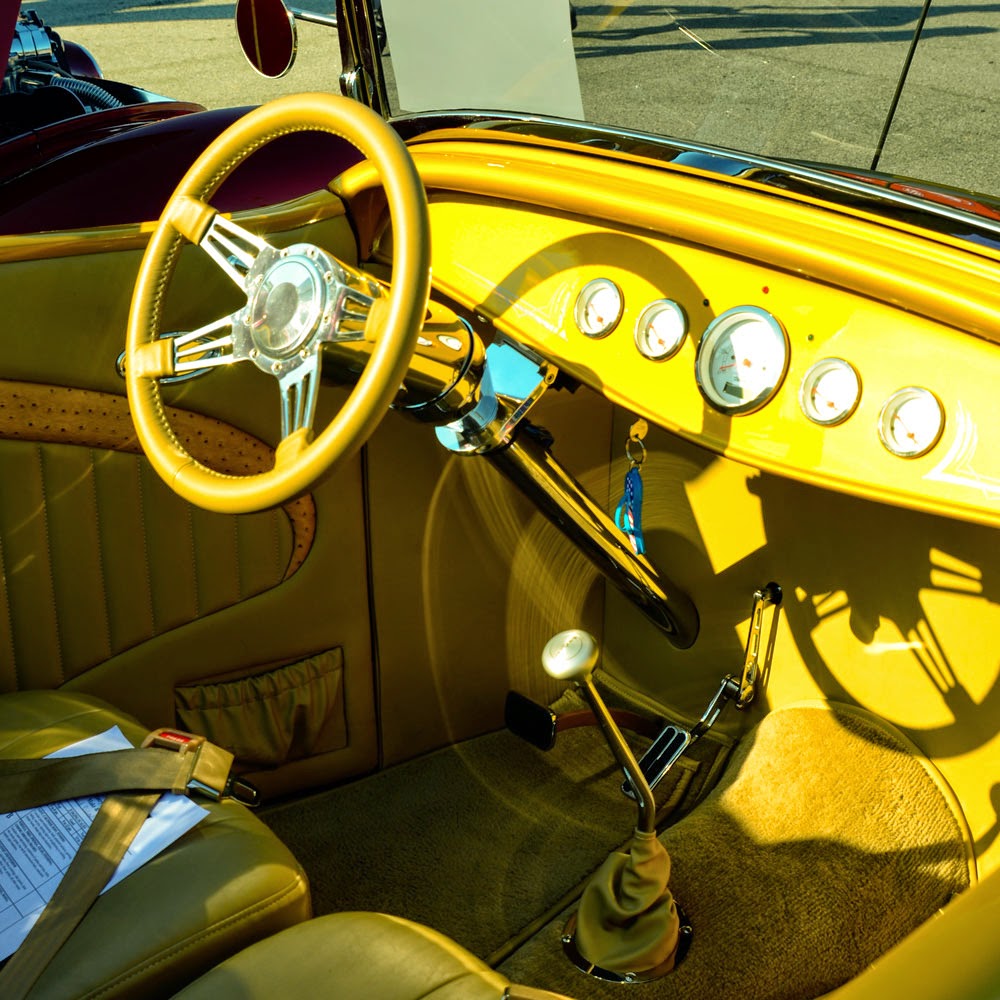 Key
Hey!  Somebody left the key in the ignition.  Anyone up for a joy ride?  This was one sweet little '32 Ford roadster. 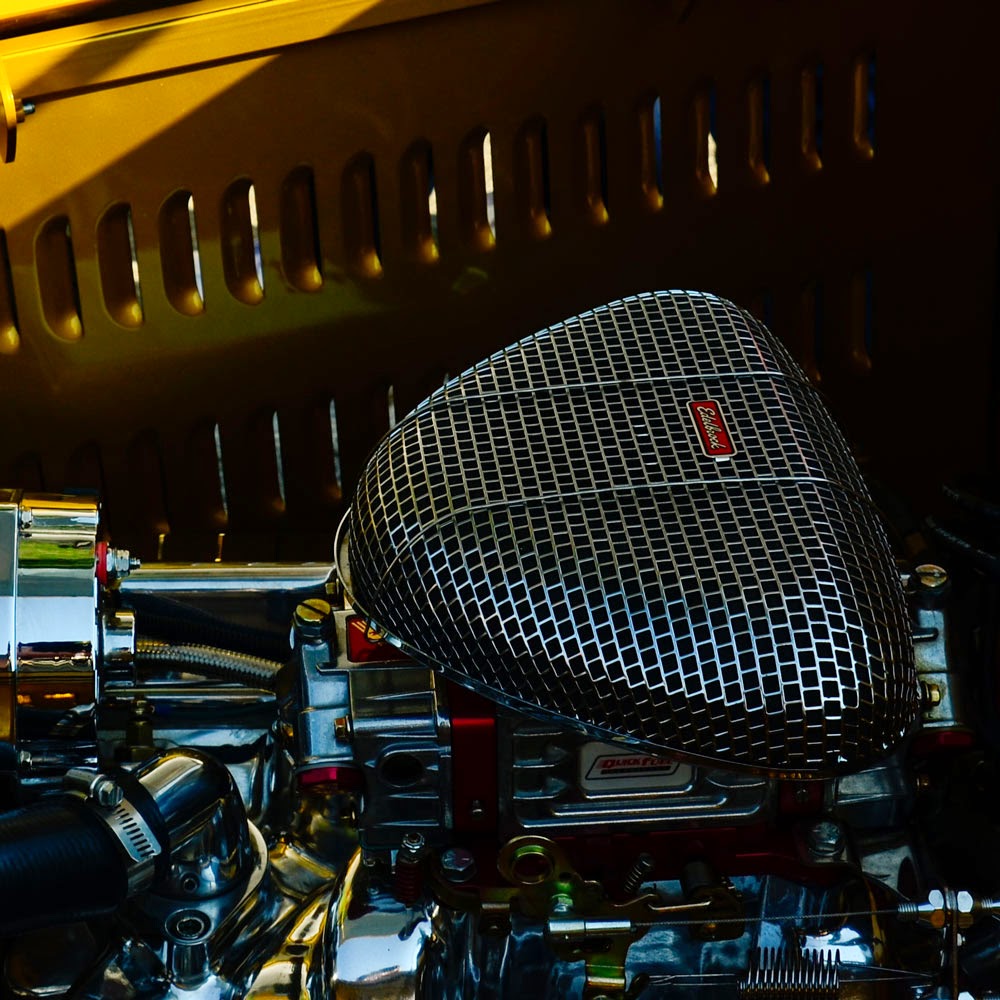 Triangle
I hereby declare that this air cleaner is a soft triangle.  Yes, it has round corners, but it still has three sides and that is my reason for declaring this to be a triangle. 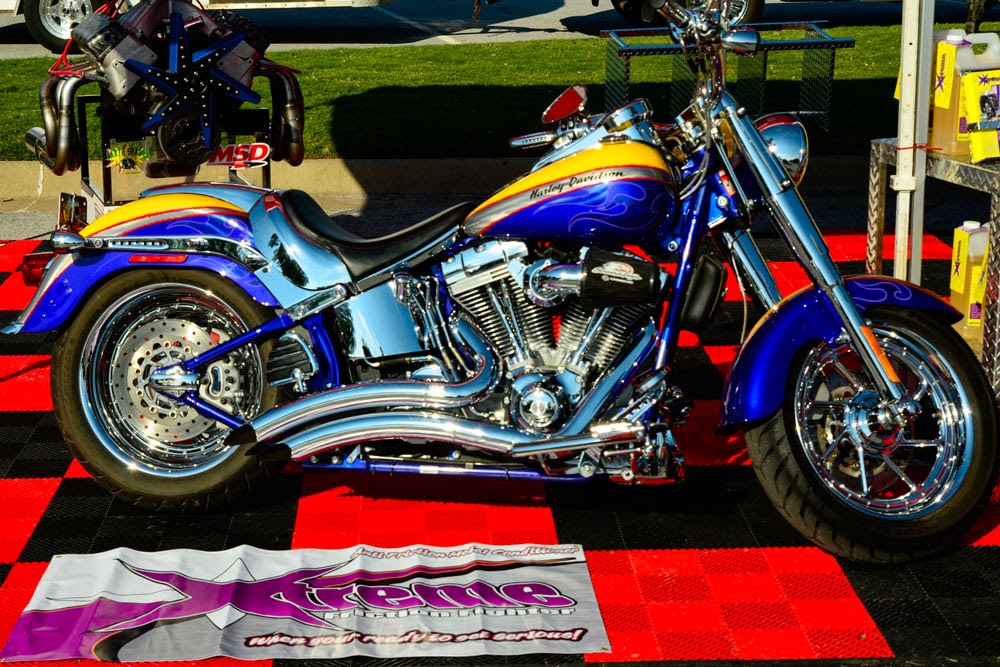 Favorite Word - "Shiny"
Whether the rolling art is on two wheels or four, I think the operative word at these events is "Shiny".  With the exception of the "Rat Rod" category, most of these vehicles glisten.  On a bright, sunny day it is almost impossible to get a good photograph that has no glare. 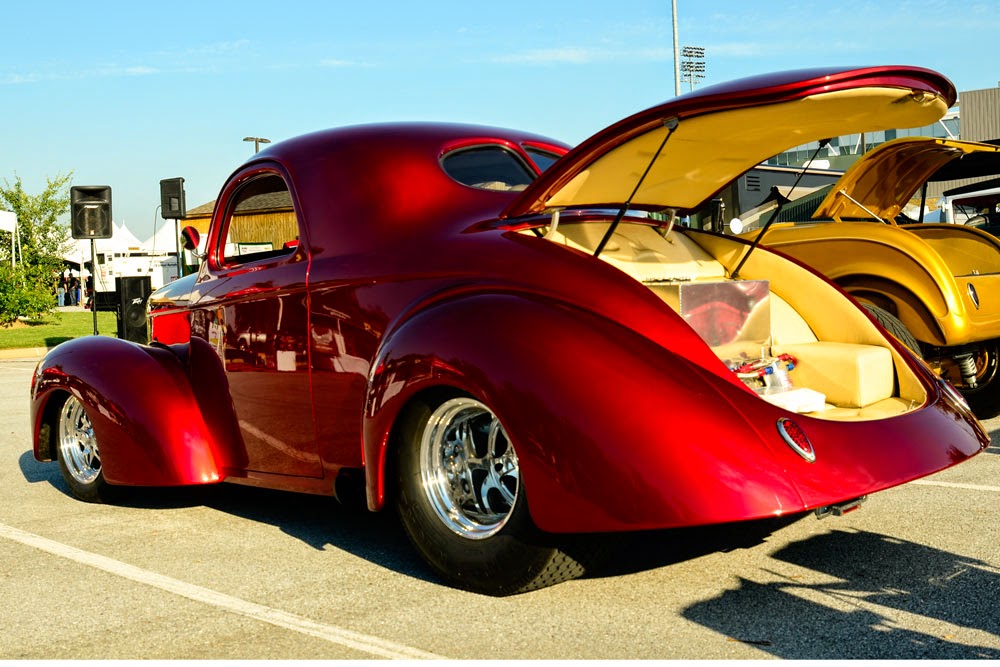 Celebration
Bikes, Blues & BBQ is a celebration of rolling art for charity.  The event lasts four days and literally brings over 100,000 visitors to the area.  This 1941 Willys was my favorite car at the show.  As a child of the '60's, these cars were very popular street rods and dragsters of the day.  This little jewel is the epitome of that era. 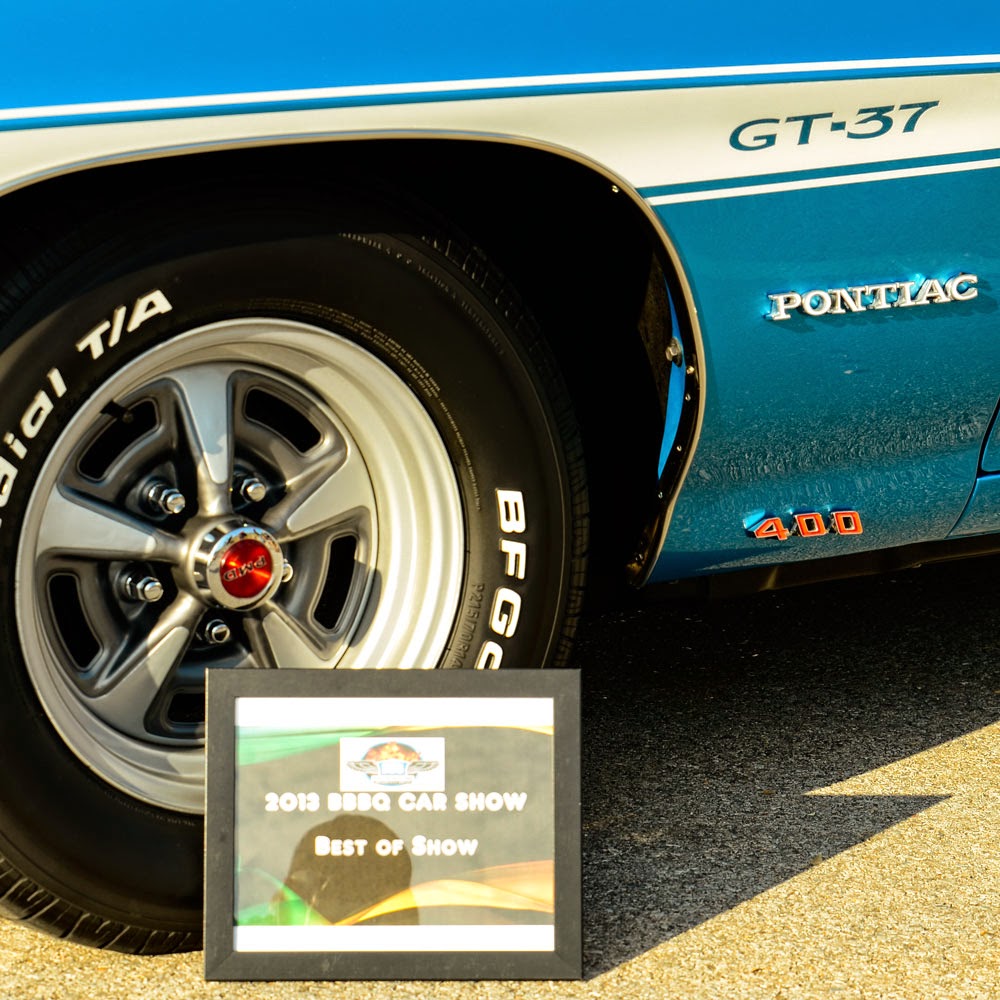 Best
I guess the sign says it all.  This ground up and probably frame-off restoration of a 1971 Pontiac GT 37 was best of show.  It was a beautiful car, but there were others that I would rather own.  Well, that's it for this week.  See ya next Sunday, maybe.  I do have an agenda, you know.
Posted by DrillerAA09 at 10:35 PM