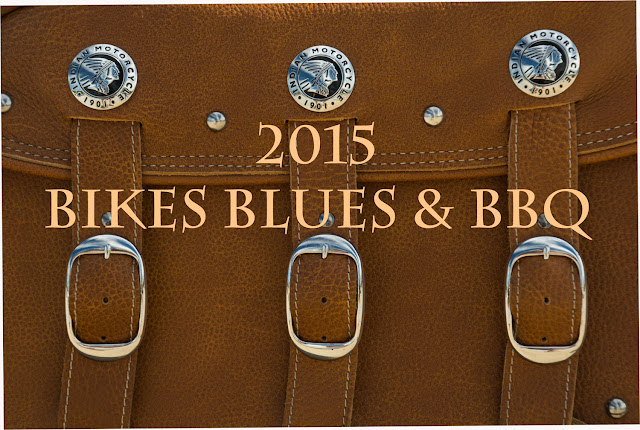 There are several major events that take place in Northwest Arkansas every year, but none are bigger than Bikes Blues & BBQ.  Now in it's 17th year, over 200,000 bikers descend on this part of the state each year for four days.  If you don't like motorcycles, you just need to leave for a short vacation.  I have never ridden a motorcycle, but they have become pieces of rolling art and I love photographing them, so I headed down to one of the main gathering places Wednesday to catch some of the machines as they rolled into town. 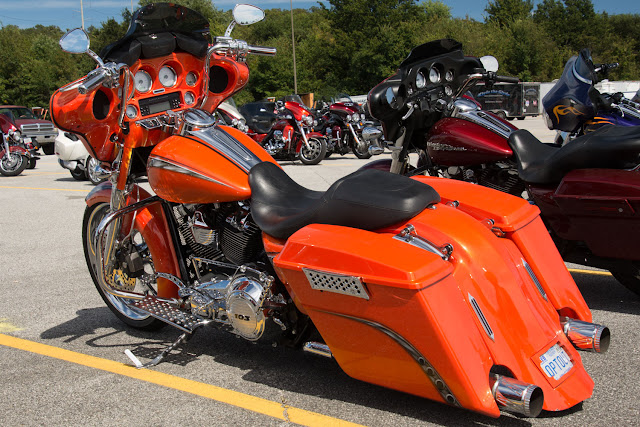 In the bike world this is known as a "Bagger" because of the stylized saddle bags on the rear fender.  This is also one of the more custom bikes that I saw. 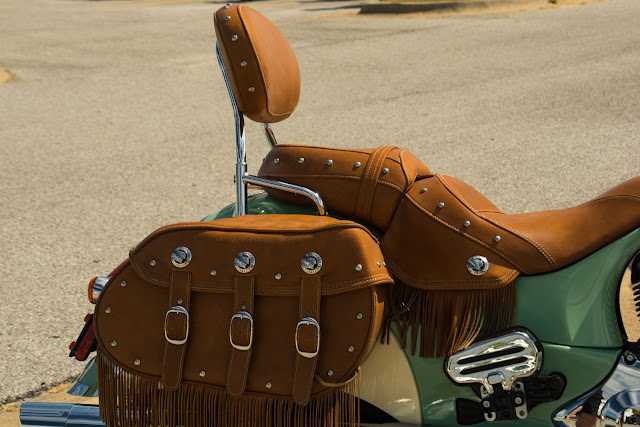 While this is a new bike it is a vintage design and a true "Bagger".  Who doesn't love a little fringe.  How many of you had a buckskin fringe jacket in the late 60's or early 70's?  I know I did. 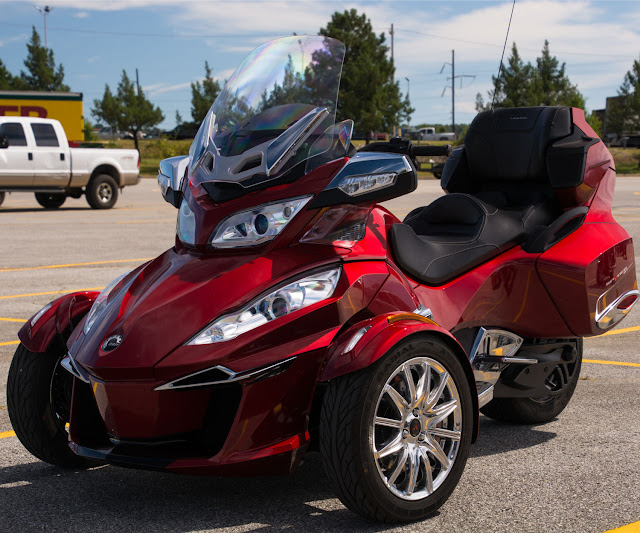 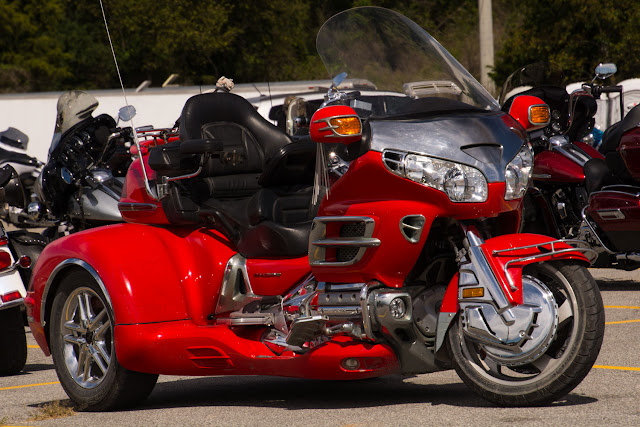 As the biker community ages (Baby Boomers) trikes are becoming more popular.  The newer designs feature two wheels in front and a single wheel behind.  They are actually more stable in a corner than the traditional designs.  However, the trike in the bottom image probably weighs as much as a Honda Civic and is more expensive.  These things can push $40K. 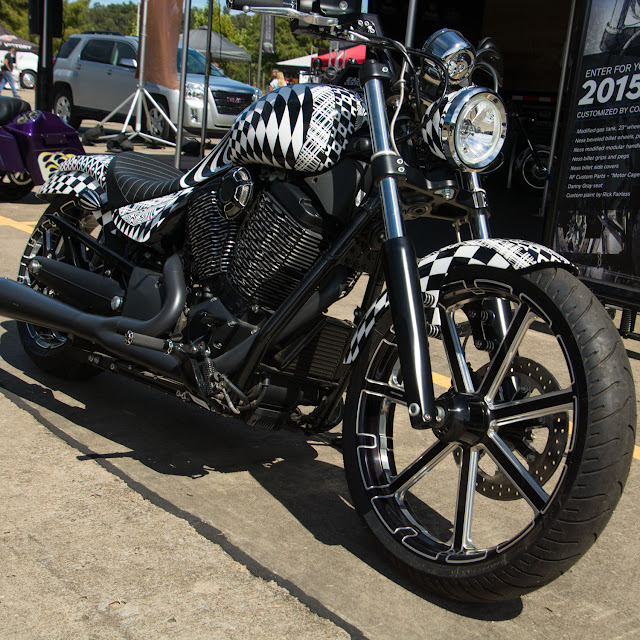 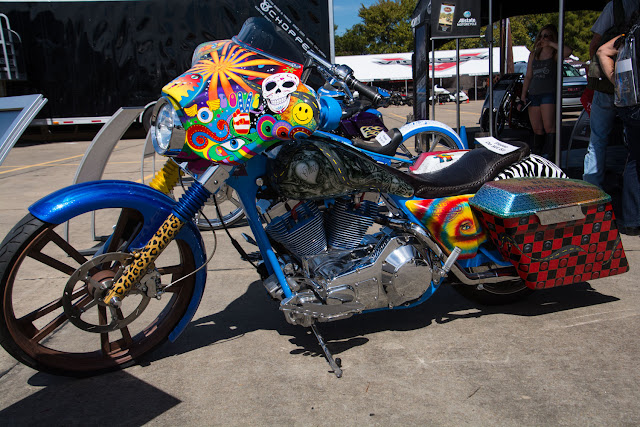 Custom paint and graphics have always been a part of personalizing your ride and these were the two most outrageous examples that I found.  I guess that's enough for one day.  I have detail images that I will share very soon, so come back.  Until then, keep the shiny side up.  Have a blessed week.