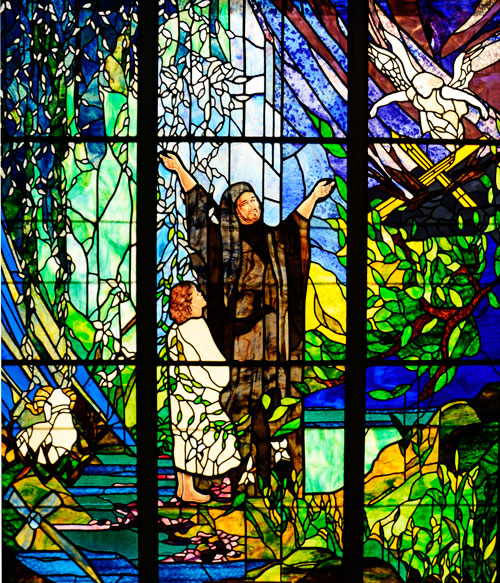 In the old testament God told the prophet Jeremiah that there would come a day when His relationship with Israel would change.
“Behold, the days are coming, says the LORD, when I will make a new covenant with the house of Israel and with the house of Judah— not according to the covenant that I made with their fathers in the day that I took them by the hand to lead them out of the land of Egypt..." Jeremiah 31:31-32
That change was Jesus Christ. This is the first announcement regarding the birth of Christ and it happened 470 years prior to that first Christmas night. He was the new covenant. Before to the birth  of Christ Israel was to worship God through a priesthood out of the tribe of Levi. Christ was from the tribe of Judah and He brought with Him direct access to the living God. The birth of Christ signaled the beginning of the new covenant and His death, burial, and resurrection sealed the implementation of that new covenant with anyone who accepted Christ as their Savior. He was Heaven's Child.

Thanksgiving was spent with my cousins in Kentucky. We arrived Tuesday afternoon and returned home on Saturday. We had a great time with family that we don't get to see but once every couple of years. 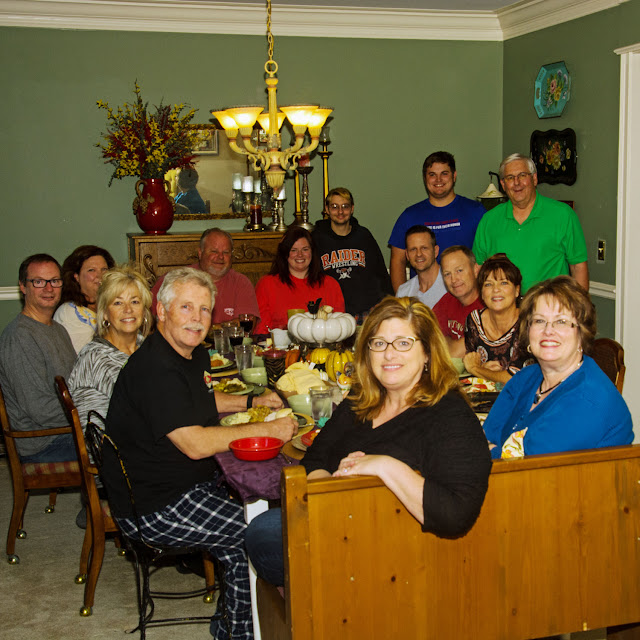 Thursday was all about family and food. There was plenty of both and everyone had a great time.
There was some basketball and football to be watched, but the games were hardly the focus of the day. However, on Friday we went to see some very special athletes. 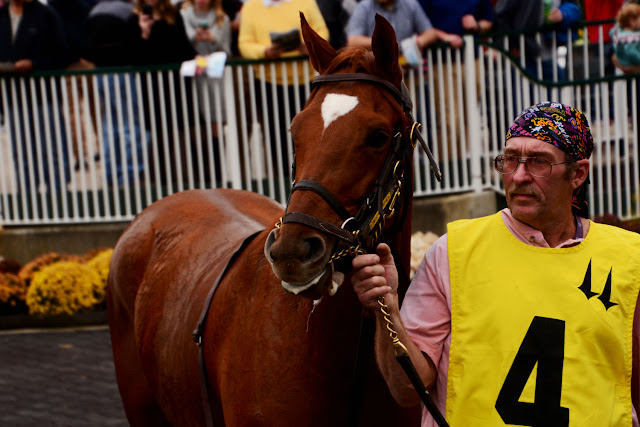 Everyone loaded up and we headed to Churchill Downs for some horse racing.  I have never been to a race track on race day. These animals are beautiful and you can see every muscle. They are finely tuned athletes that love to run. 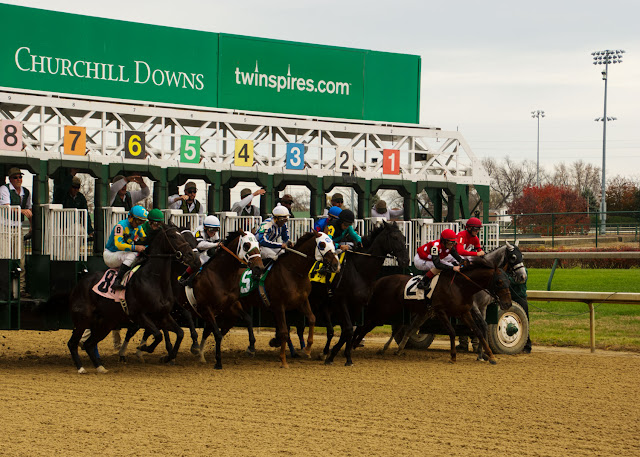 And they're off! There were twelve races scheduled for the day. The races varied between 1-1/8 mile to about 1-1/2 mile. Two of the races were run on the grass track that is inside of the dirt (actually sand) main track. The position of the starting line varies, but the finish line is always at the same location. 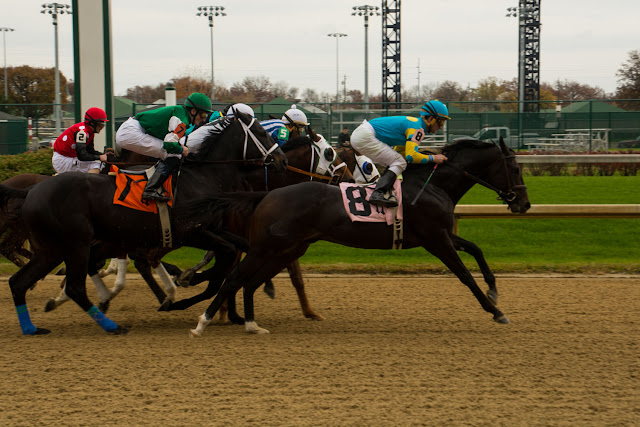 The first few paces out of the gate can set the tone for the race. One or two of the horses want to lead from start to finish. A couple want to trail the leaders but stay close enough to overtake them in the final section of the race. 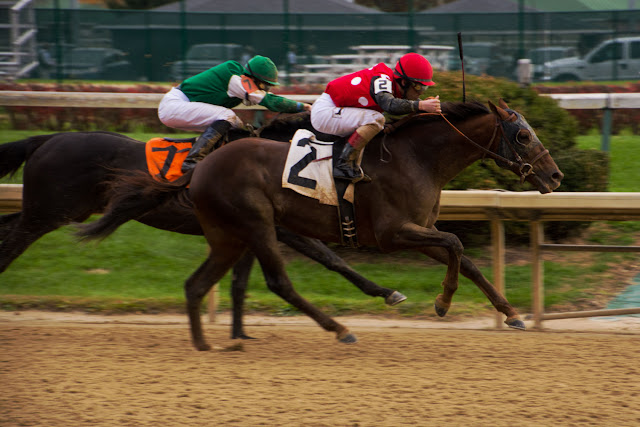 It can get pretty exciting in the final straight as they head to the finish line. This week-end the stands were far from full, so we could wander just about anywhere along the track and take photos. 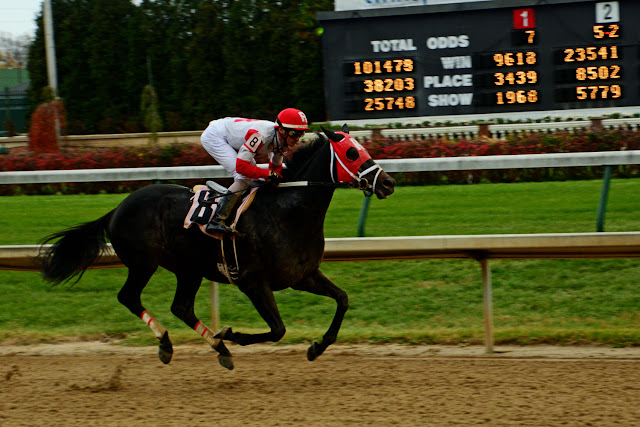 This is probably my favorite image. Note that all four feet are off of the ground. We had a great time at the track and didn't wager a dime. Some people believe that there is a great deal of skill involved in picking a winner. I think it is much more of a game of chance than skill. I was just happy to get to photograph something new in sports. So, how was your Thanksgiving?
Posted by DrillerAA09 at 1:00 AM