Last week found me at our youngest grand daughters 8th grade track meet. A track meet is a little like a three ring circus. There are multiple events going on at the same time. There will be high jump and long jump at one end of the field, pole vault at the other end and one of the races will be taking place on the track. It's a little hard to know what to photograph. One thing for sure, I will get a couple of images of the grand daughter. This season she is running on the 4x800m relay team, the 200m sprint, and high jump. She has NEVER participated in high jump, so this should be interesting. 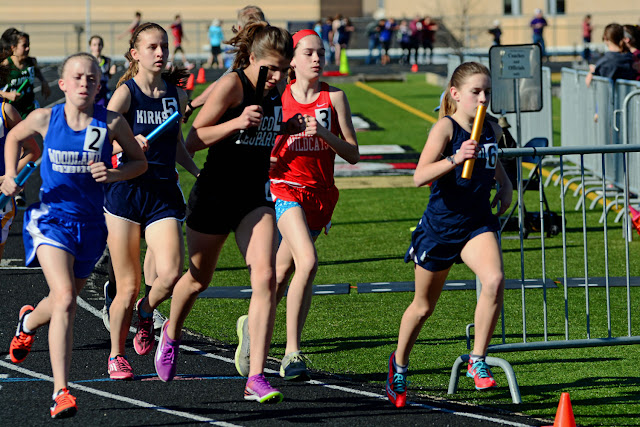 One of the first events of the meet was the 4x800m relay. Each member of the team runs 800m or two laps. Our grand daughter (in red) ran the first leg. She stays connected to the leaders but doesn't try to force her way to the front. There are three more members of her team that will determine the final placement. 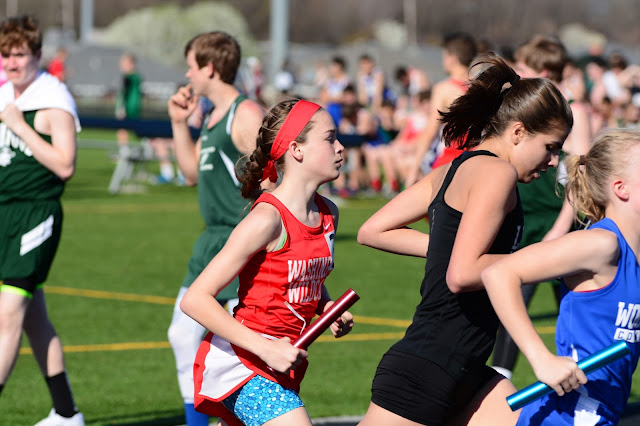 Running in a pack can be dangerous. One slip and you will get a major road rash from the asphalt running surface. 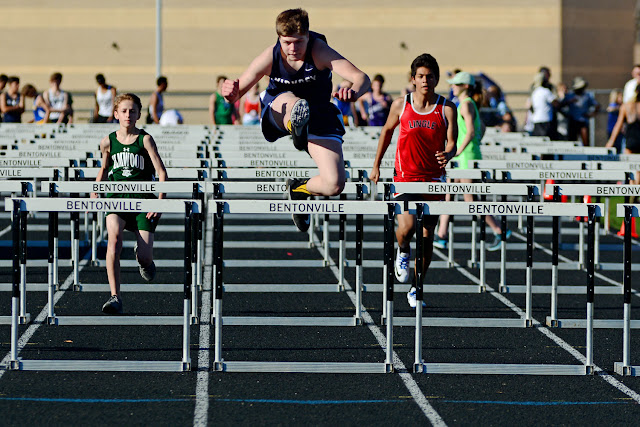 One of the most difficult events is the hurdles. It takes speed, strength, and stamina to compete in this event. Long legs are helpful too. I was never any good at this event. 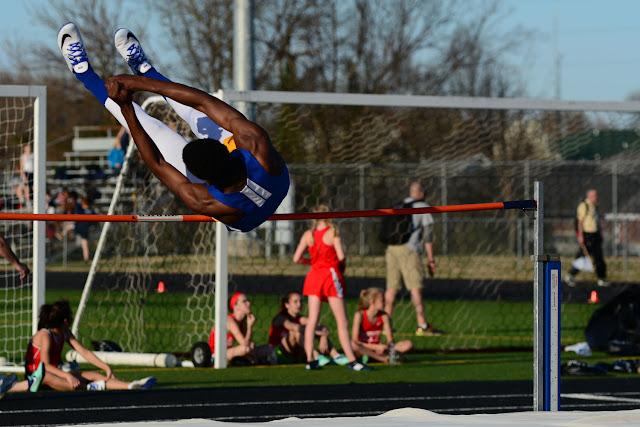 In the late 60's Fred Fosberry revolutionized the high jump with what became known as the "Fosberry Flop". Today it is the standard technique used in this event. This 8th grader cleared 6'-0" to win the event. At his age I couldn't clear 6' with a trampoline. 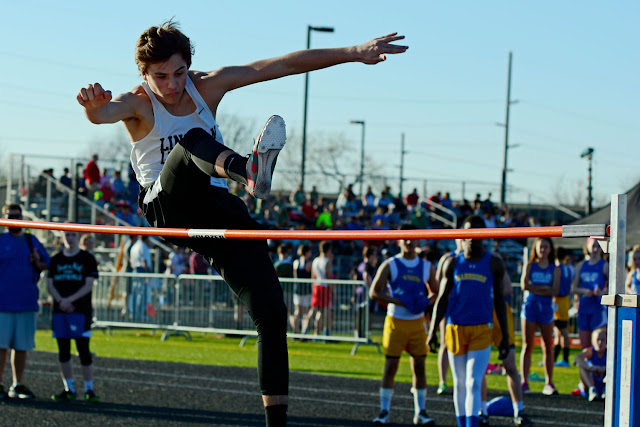 Talk about throwback! This young man is using the ancient "scissor jump" technique to clear the bar at 5'-2". Later, he switched to the "Flop" and finished second at 5'-7". This 8th grader is 6'-3"! 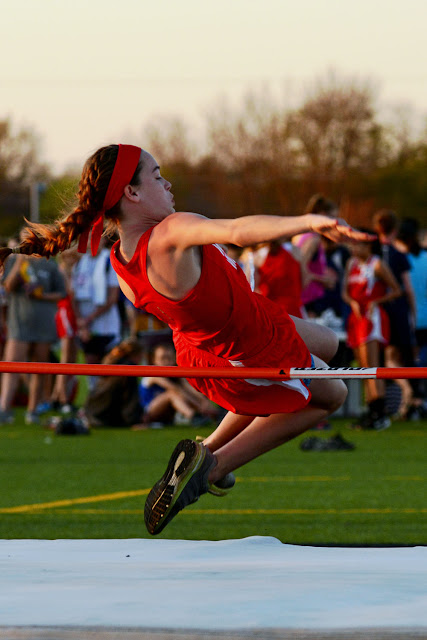 The grand daughter uses the "Flop" to clear the bar and move to the next round. She didn't place, but she showed some potential. 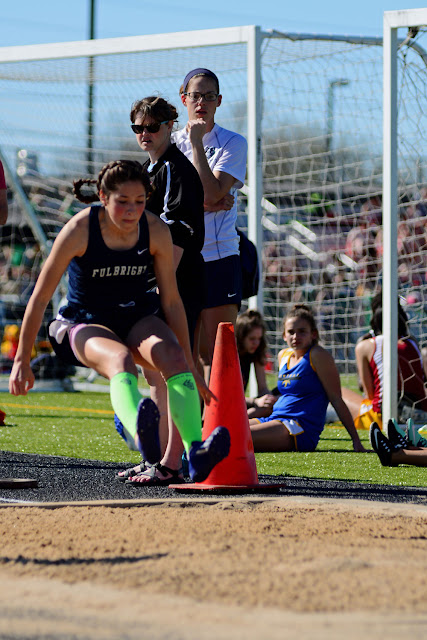 One of my personal favorite events is the long jump, because I participated and excelled in this event as a youngster.  I think the boys winner jumped a little over 15'. Like many field events, speed and technique must be combined to compete well in the long jump. 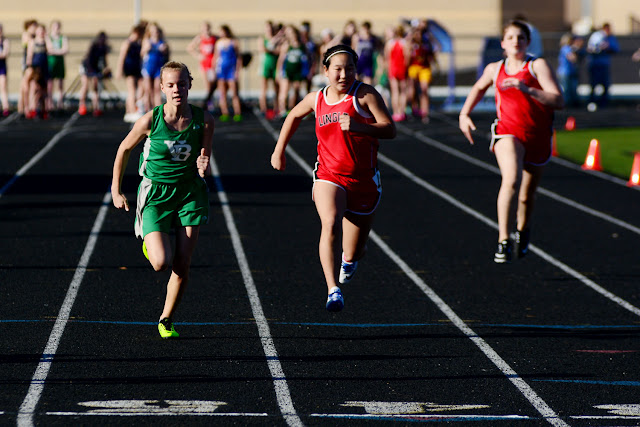 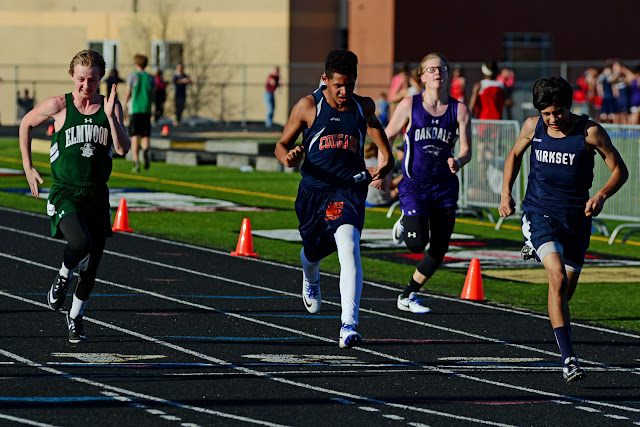 The all time classic track event...the 100m dash. It's the human equivalent of a drag race, except there are eight lanes instead of two. Well, that's it from track side. See ya next week.
Posted by DrillerAA09 at 1:00 AM