This past week-end found me back at the local Boys & Girls club watching the grand son play basketball. His team finished the regular season undefeated. This coming week-end is the championship tournament, so you know where I'll be. 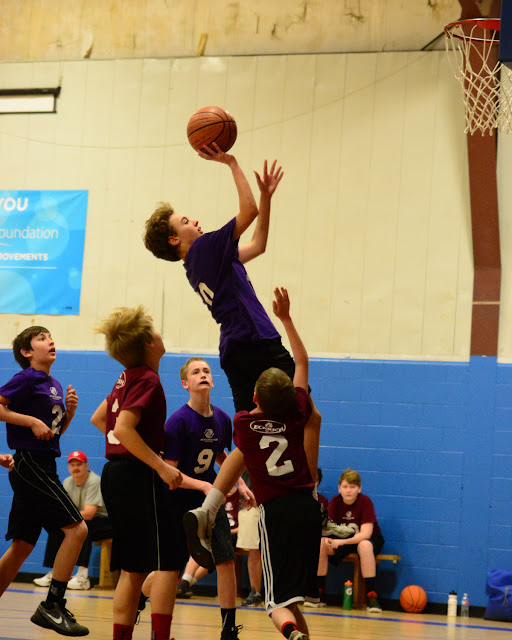 This is one of the grandson's team mates and he is very good. I could have captured an image similar to this several times during the game. 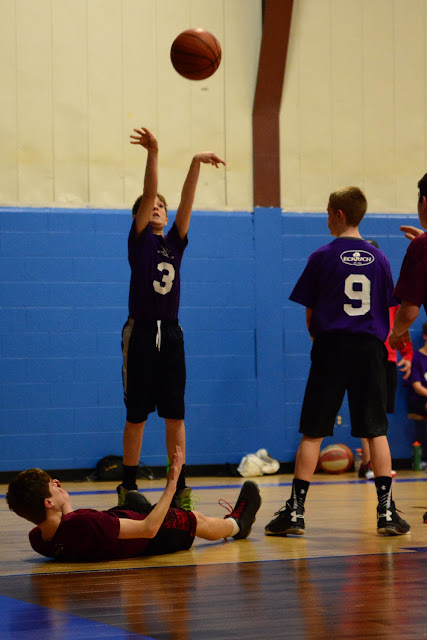 Here, the grandson is letting a shot fly from just inside the three point arc. The young man on the ground is supposed to be defending "The Big Guy". I'm not sure how he ended up on the floor. 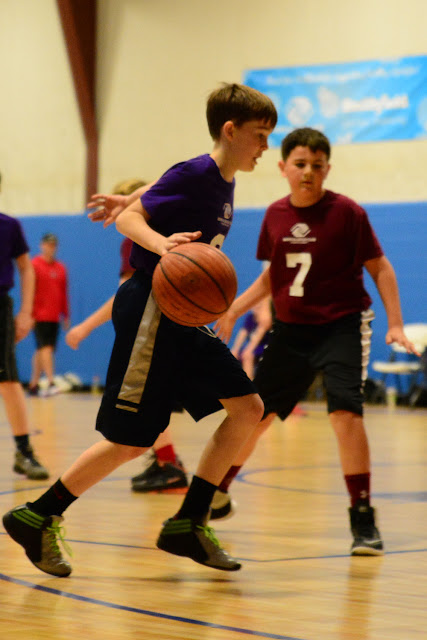 In this image, the grandson is dribbling to the baseline in hopes of putting up a shot. When he got there... 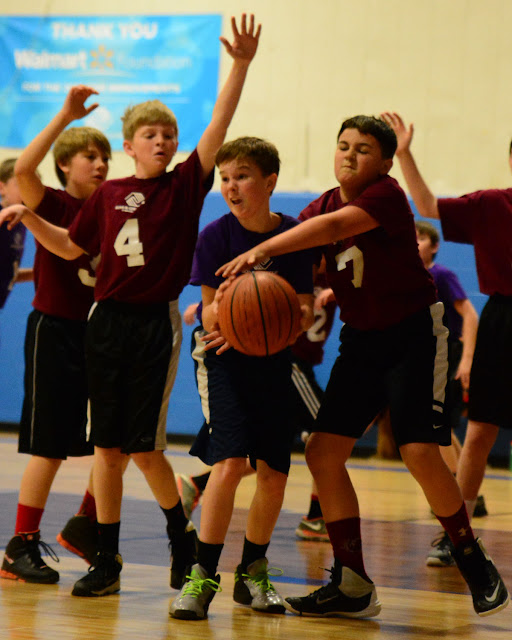 he was outnumbered. When there are four opponents surrounding you, a team mate has to be open. 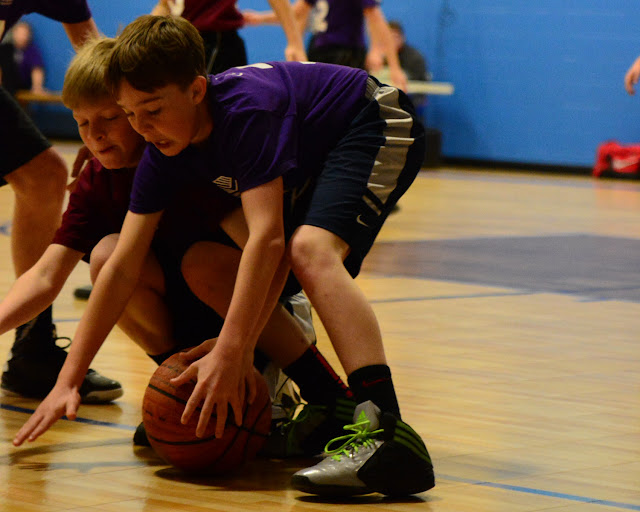 Sometimes you just gotta get down and dirty, and fight for control of a loose ball. Well, since we're undefeated, you know that this ended well. Final score 24-12.
If you like photographing sports or you have kids involved in sports, so you are obligated to photograph them, here are a couple of things I have learned. First of all, get low! They're kids, and if you're standing up, you will get a lot of photos of the tops of their heads. Besides, the game looks more interesting and powerful from a low angle. If you watch any sport on television, you will notice that all of the photographers are sitting or kneeling.
For basketball, I find one of the corners of the court and get five or ten feet away from the playing surface. That way no one complains about my presence. Again, for basketball, locate yourself at the end of the court where your team is shooting the ball. This will require that you change ends of the court at half-time.
Here are a couple of technical notes. If you are shooting a DSLR camera you will want to raise the ISO to 2500-4000 because the indoor lighting is always poor...always. You will be shooting between 1/400th & 1/500th of a second for your shutter speed. Set the White Balance on Auto, it's just easier that way. A zoom lens works best and for basketball you will probably be at 80mm or below. I use a 24-70mm f.2.8 and I set the fstop at 4.5-5. Learn how to shoot in continuous mode. My camera will shoot 7 frames per second and it is critical to catching the right image. Also use continuous focus for most sports applications. If your camera has the option to shoot in JPEG or RAW, shoot in JPEG for sports. If you shoot in RAW, your camera my slow down when trying to shoot in continuous mode because the buffer gets full. Remember, there is a small computer in that camera and it takes time to process the information and it takes more time to process the RAW info that the JPEG info. Well, spring is here so I will be photographing high school baseball, softball, track, and soccer. See you at the games. Now, get out there and shoot it like you mean it! Have a blessed day.
Posted by DrillerAA09 at 1:00 AM