Last Friday night was homecoming for one of the local high schools. The team is very good and has competed for the state title in football on a regular basis. I didn't get any images of the homecoming queen or her court because I was in the end zone preparing to photograph the game. 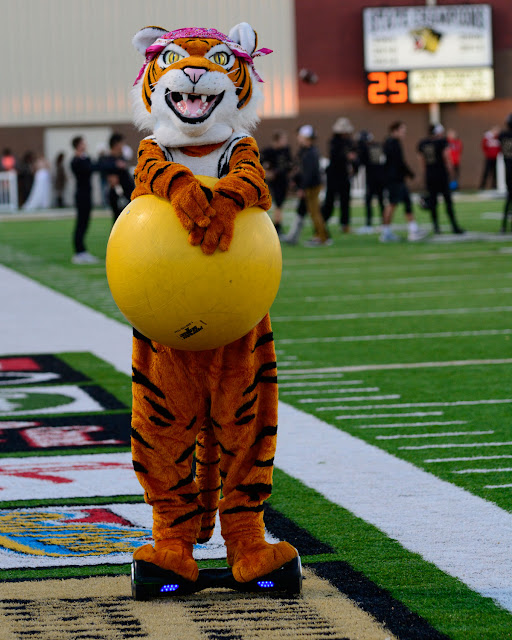 The school mascot brought her hover board so she could get up and down the side lines quickly. 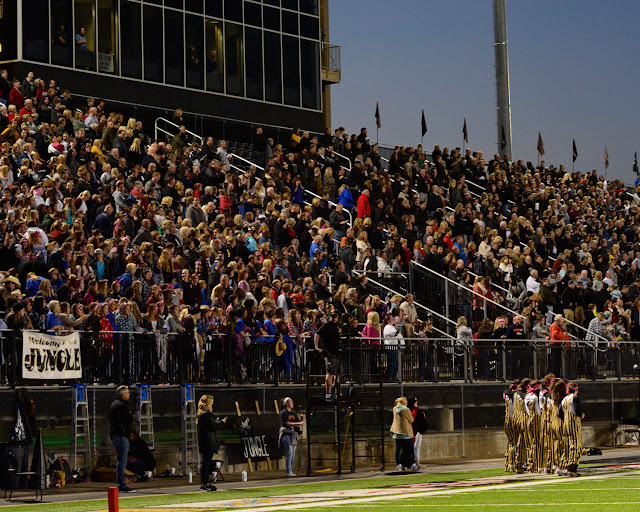 The home stands were full and the fans eager for a victory that would bring them one step closer to the play-offs. 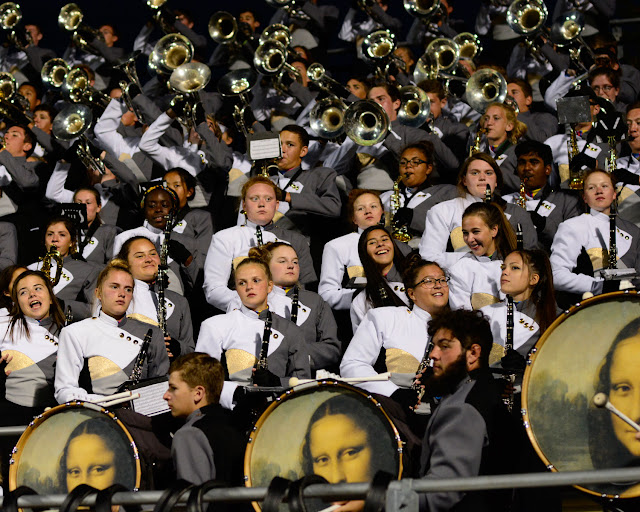 The band was pumped. They are a competition band and the Mona Lisa on their drums is part of the program that they presented at halftime and will preform at regional and national band competitions this year. 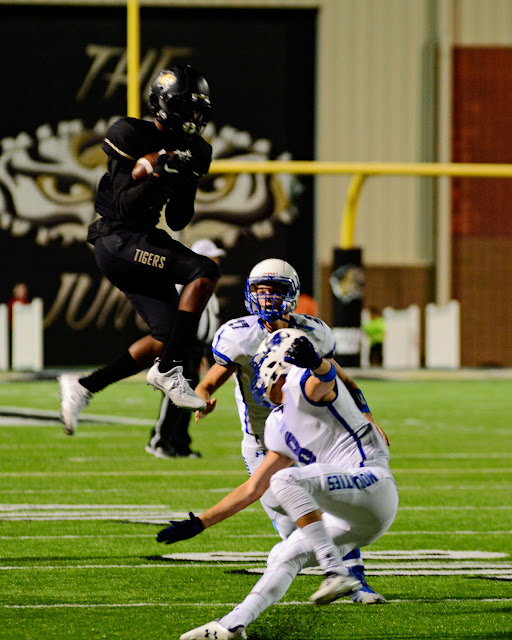 It didn't take long for the home team (in black) to set the tone for the game. Their first touchdown came just a little over one minute into the game. 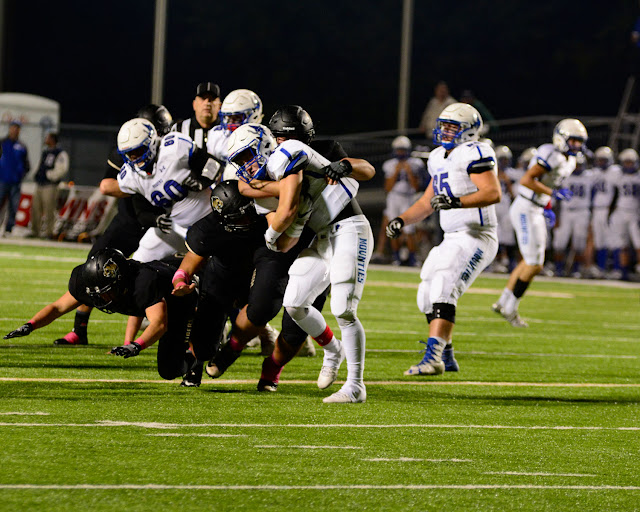 The defense made it known that it was going to be a long night for the visitors on offense. 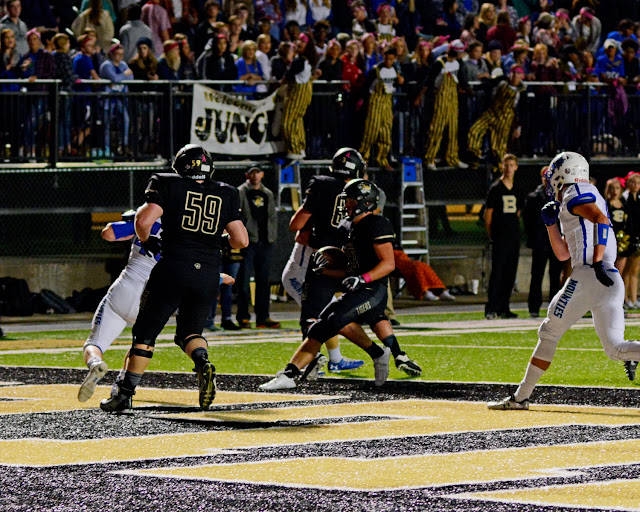 Another touchdown for the home team. 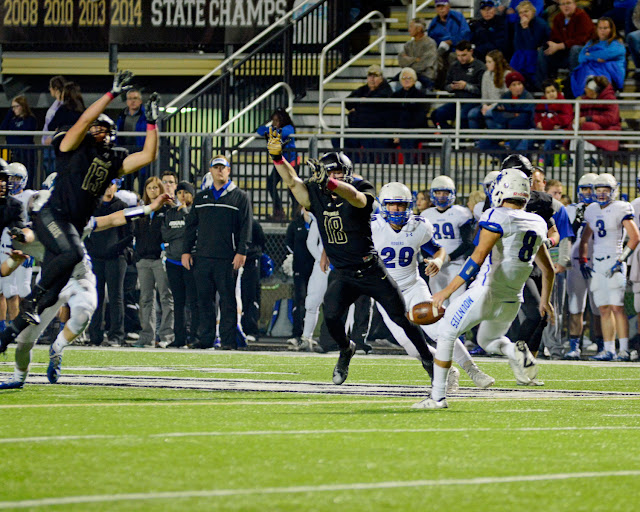 The defense almost blocked this punt. 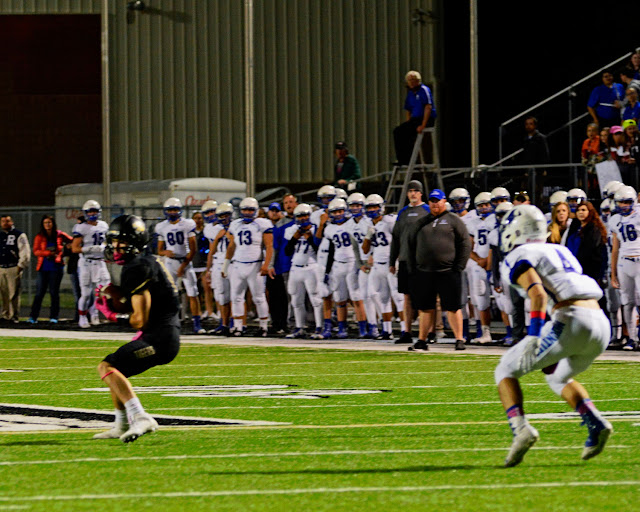 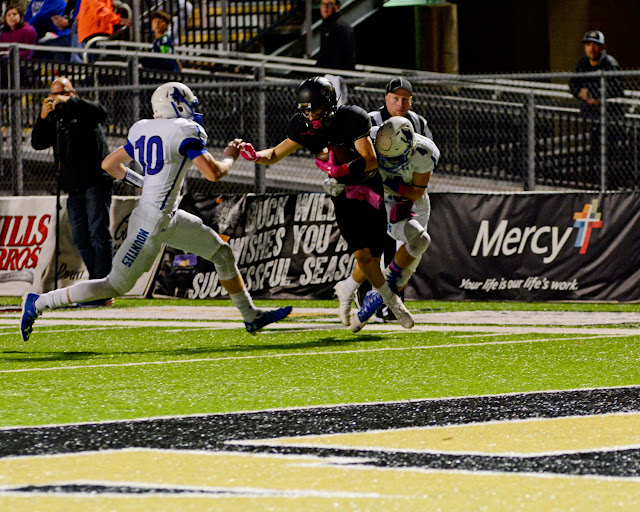 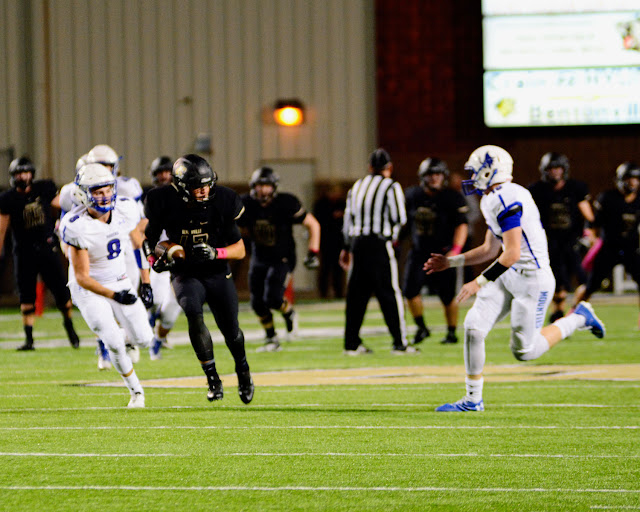 The passing game was clicking on all cylinders. 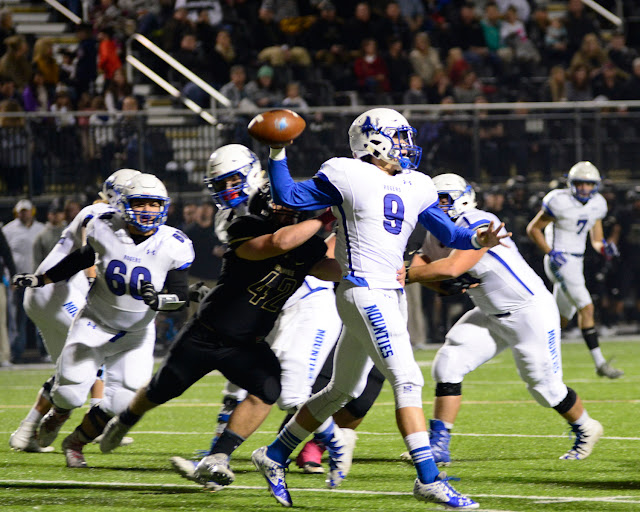 And the defense just kept the pressure on. The home team won 49-7, just like homecoming is supposed to be. Get out there and watch some high school sports. It's great, cheap entertainment. Have a blessed week.
Posted by DrillerAA09 at 1:00 AM