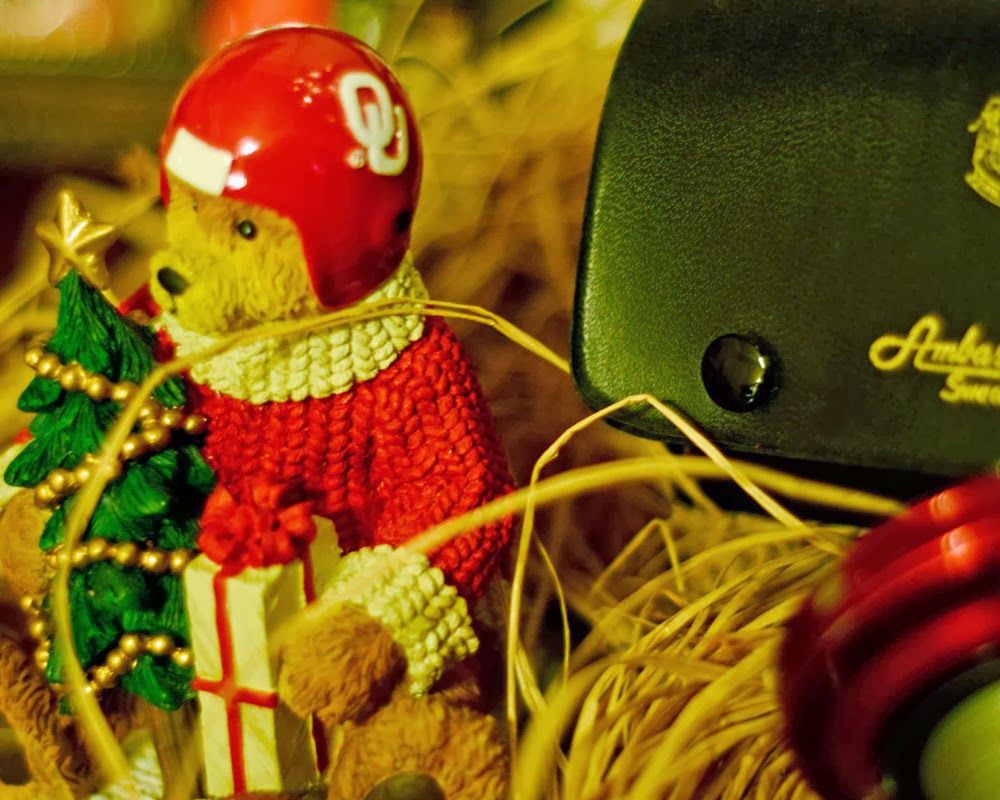 Most of us Oklahoma Sooner fans and alumni are still reveling in the recent Sugar Bowl victory over favored Alabama.  My little Christmas OU bear is no exception.  He's back in his box now and stored away for another year.  While college football season is over for this year, expectations for the coming year always run high among Sooner fans.  This year the Sooners finished 6th in the final rankings with a 11-2 record.  With the winning tradition that the Sooners have built over the past six decades, finishing outside of the top five can be a bit of a disappointment and finishing outside of the top ten is just unacceptable.  However, OU suffered through multiple injuries to numerous players, including most of the offensive line and backfield.  Here's hoping that 2014 will be another great season and another high ranking is in their future.
BOOMER Sooner!