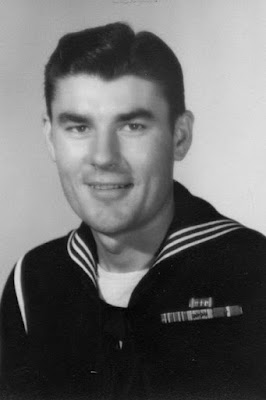 My father served in the Navy during WWII.  He was stationed aboard the USS Bunker Hill. Here is a brief history of the "Fighting Lady". 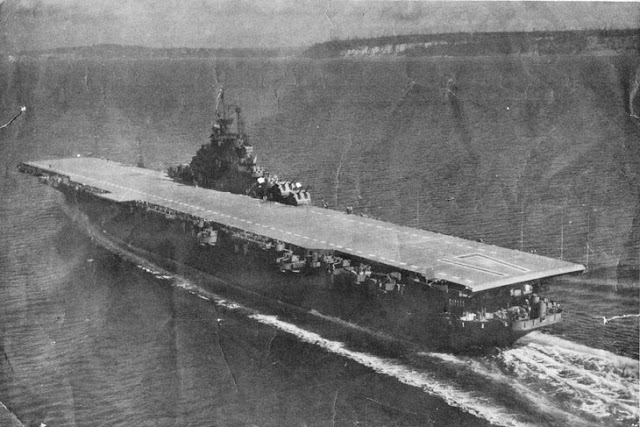 USS Bunker Hill (CV-17)
CV-17 USS Bunker Hill was one of many aircraft carriers of the Essex class built in the early 1940s. Commissioned in 1943, the ship completed training and small missions in the Atlantic before being sent to the Pacific to help during World War II attacks on Japan, Rabaul and the conquest of the Gilberts.
Bunker Hill also supported the invasion of Saipan and the Battle of the Philippine Sea. Two crewmen were killed in the battle with the Philippines due to a bomb that hit nearby, but the damage to the ship was minimal. She remained in the war with Japan through the majority of 1944 before being sent home for repairs and modernization.
She was quickly repaired and returned to the Western Pacific in 1945 to help with the Iwo Jima invasion and raids on the home islands of Japan. She was a flagship of Task Force 58 and was very involved in the Okinawa campaign. In May of that year, the Bunker Hill lost almost 400 crewmembers after two attacks by suicide planes.
Here are some images of the Bunker Hill after she was struck by two suicide plane on May 11, 1945.  Images like these make it very clear why someone who has never been to war will never understand what it is like.  We will never know how they felt, what they thought, or what they endured. 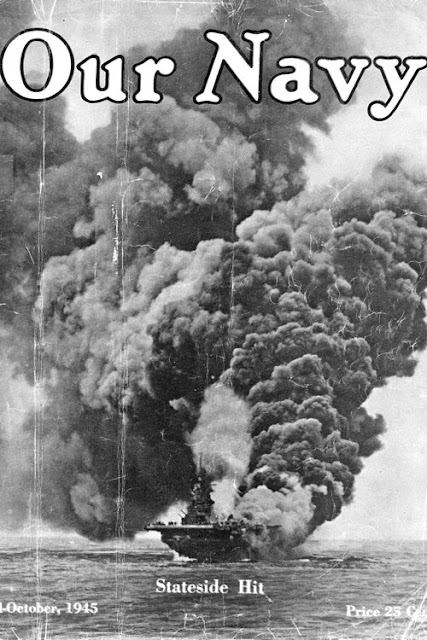 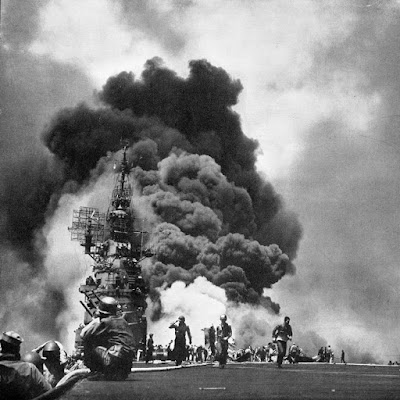 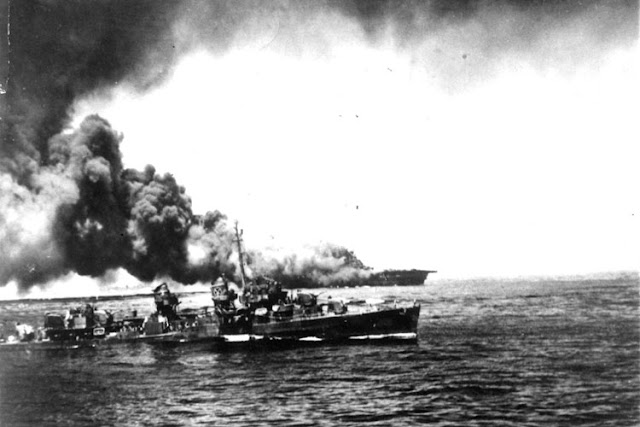 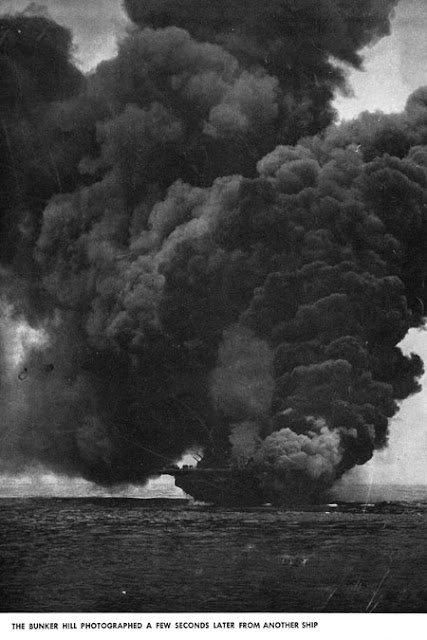 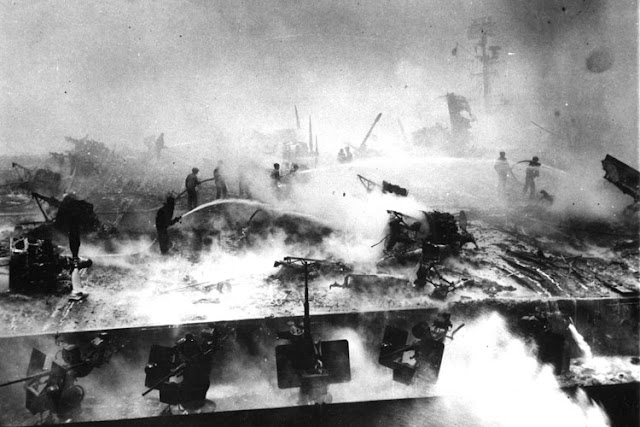 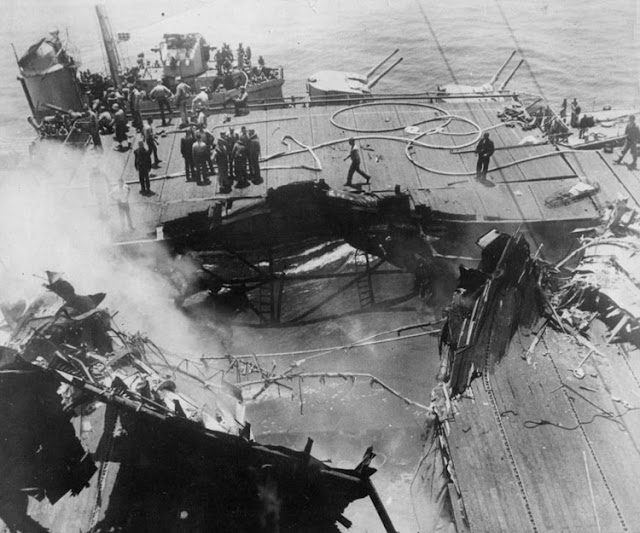 WWII vets are vanishing from our landscape at a very rapid pace.  My father passed away five years ago, at the age of 89.  I miss him terribly.  If you have a WWII vet in your family, cherish your time with them.  There will NEVER be another generation like this...ever.