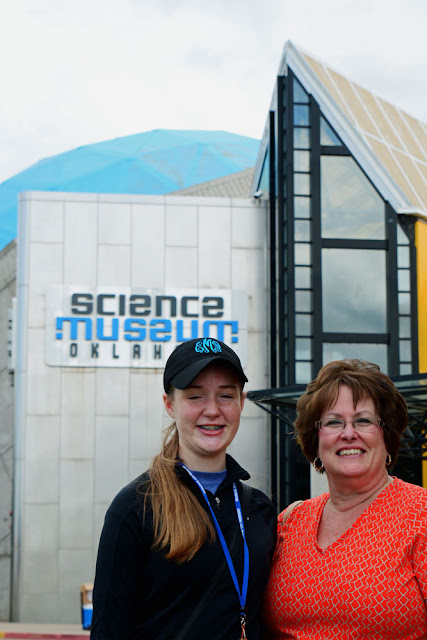 Our middle granddaughter is currently at the Oklahoma City Ballet Academy for a three-week summer session.  We drove over, for the week-end, to see her and take her out to dinner on Saturday.
Saturday was a day off for her and the students took in the Science Museum of Oklahoma, so we met Em there.  I must say, the bulk of the museum is designed for pre-teen visitors.  While the concept of a museum is a wonderful idea, the execution left something to be desired.  The interior looked more like a converted warehouse than a place dedicated to learning and inspiring scientific exploration.  However there were some fun things to see. 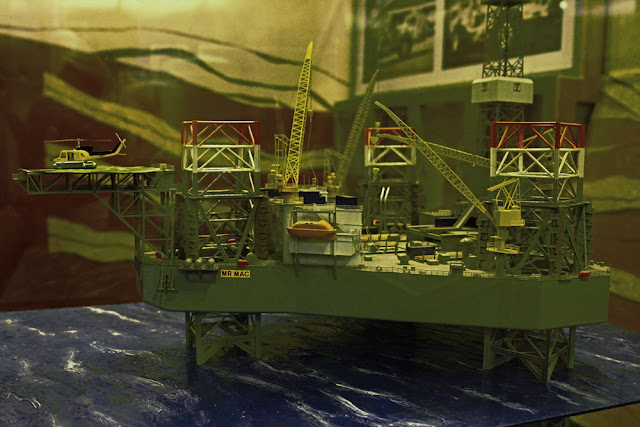 In Oklahoma it it obligatory to pay homage to the oil industry.  Besides, I am sure that oil families donated much of the funds to make this museum possible.  Here is a model of an off-shore platform.  Off shore exploration is one of the things that took the title of "Oil Capitol of the World" from Tulsa and moved it to Houston in the early to mid-seventies.  Now, I'm sure that title belongs somewhere in the mid-east.  But I digress. 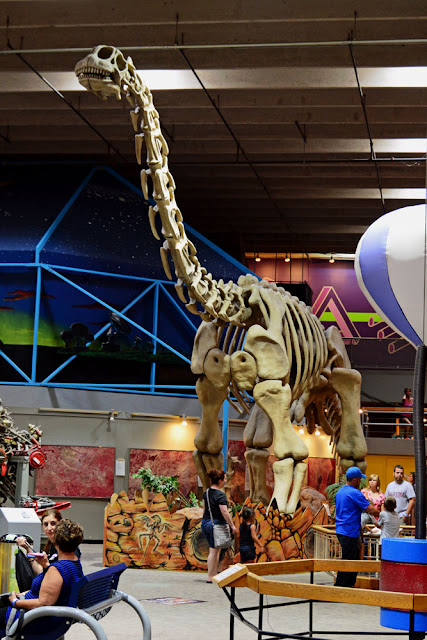 There is a pretty cool dinosaur model in the middle of the building.  I think he needs a few friends. 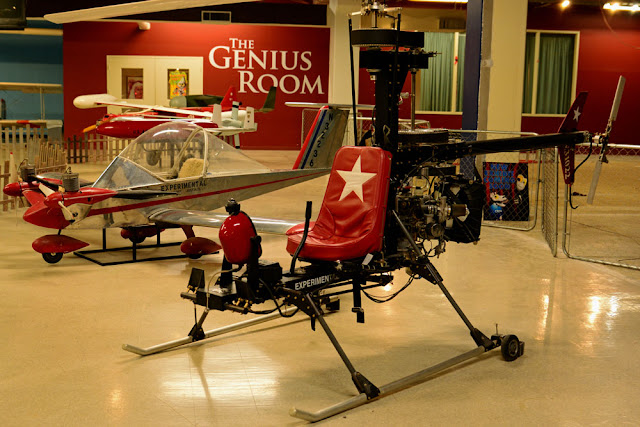 My favorite parts of the museum were the airplanes and model trains.  The trains were too hard to photograph for various reasons, so here are some of the aircraft.  You really have to give credit to someone brave enough to fly some of these experimental machines.  I think the second one here has two motorcycle engines.  At least it's a twin engine. 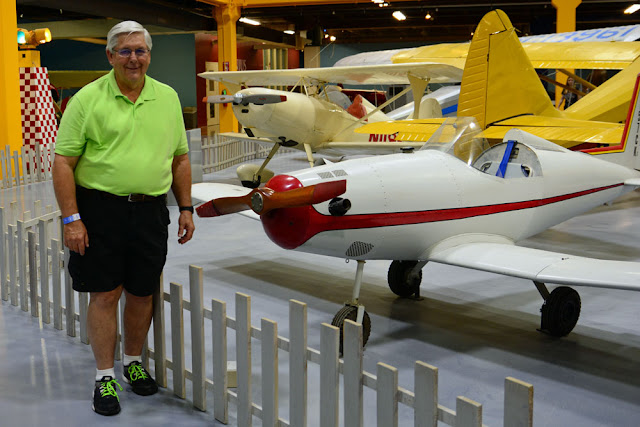 Yes the plane and I are both full size.  Again, I don't think I would get in one of these, even if I were able to fit in the cockpit. 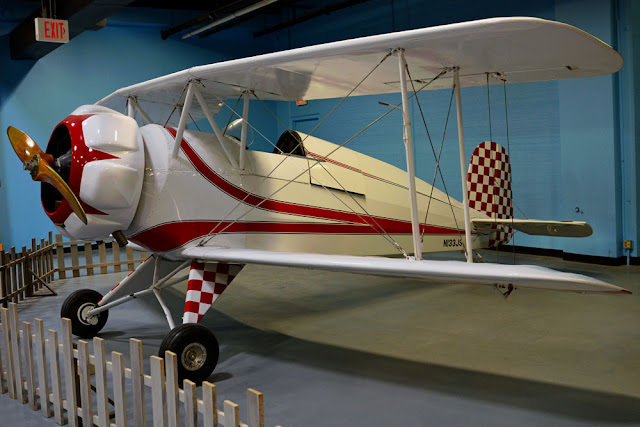 However, I would fly this in a New York minute, if I knew how to fly.  I'm not sure why a minute in New York is faster than a minute somewhere else.  I've been to New York, and time seemed to move at the same pace as Oklahoma.  Now the speech patterns are much faster, that's for sure. 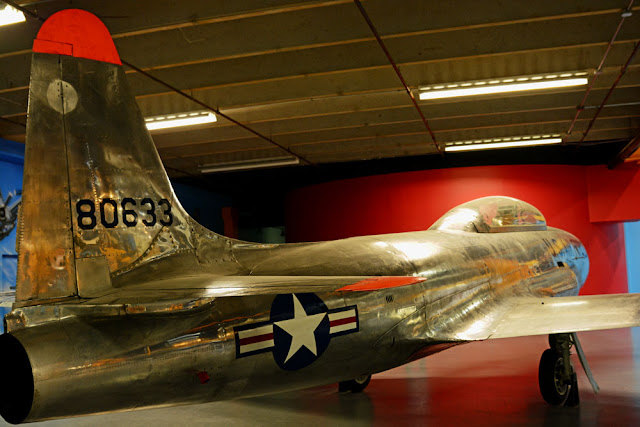 Then there were the war birds.  I love these planes, from virtually every era of flight. 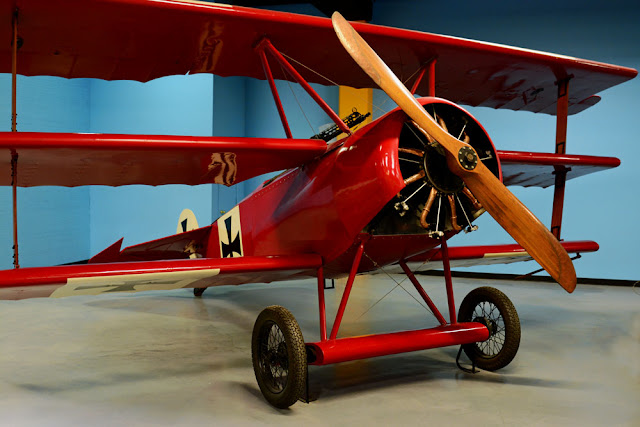 Even a Red Baron tri-plane is on display.  I didn't see the Red Baron, or Snoopy for that matter.  Well that was our week-end.  How did yours go?
Posted by DrillerAA09 at 8:35 PM